What is Wright’s Law?

Pioneered by Theodore Wright in 1936, Wright’s Law aims to provide a reliable framework for forecasting cost declines as a function of cumulative production. Specifically, it states that for every cumulative doubling of units produced, costs will fall by a constant percentage. 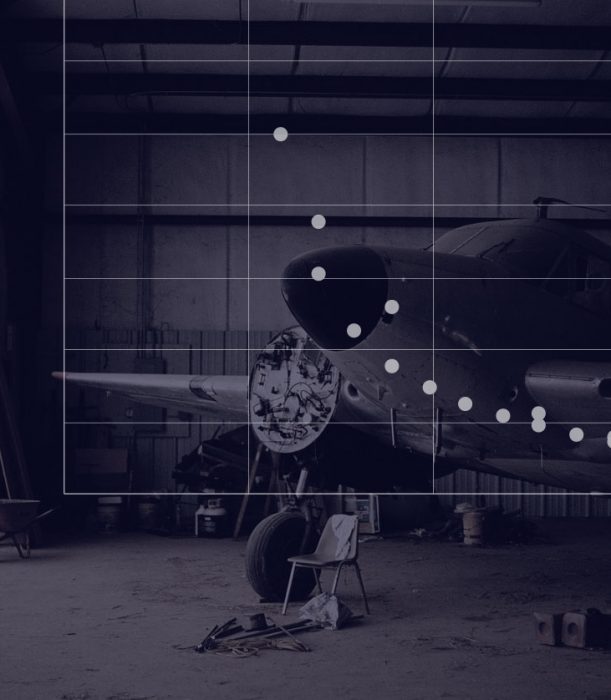 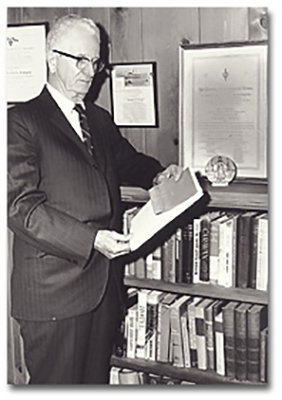 Theodore Paul Wright, also known as T. P. Wright, was a U.S. aeronautical engineer and educator. His career spanned numerous positions, including Naval Aircraft Inspector, Executive Engineer at the Curtiss Aeroplane Company, Chief Engineer of the Curtiss-Wright Corporation. He was a member of the National Defense Advisory Committee under President Franklin D. Roosevelt, Assistant Chief of the Aircraft Section in the Office of Production Management, Chairman of the Joint Aircraft Committee, Director of the Aircraft Resources Control Office and a member of the War Production Board.

While studying airplane manufacturing, Wright determined that for every doubling of airplane production the labor requirement was reduced by 10-15%. In 1936, he detailed his full findings in the paper “Factors Affecting the Costs of Airplanes.” Now known as “Wright’s Law”, or experience curve effects, the paper described that “we learn by doing” and that the cost of each unit produced decreases as a function of the cumulative number of units produced. 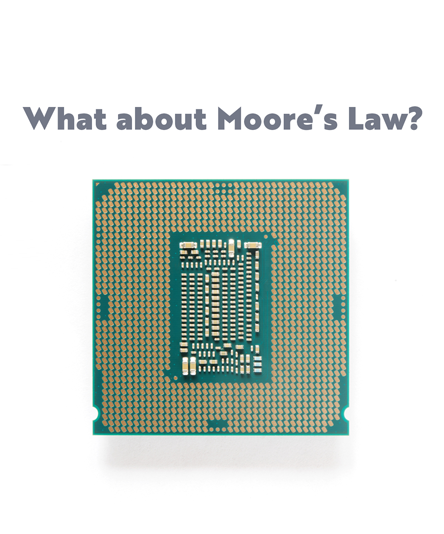 What is the difference between Wright’s Law and Moore’s Law?

Measured over the decade to 2015, ARK found that a price forecast based on Wright’s Law was 40% more accurate than one based on Moore’s Law.

A Real-Life Use Case For Wright’s Law

Based on Moore’s Law and as shown in the chart, most analysts would conclude that lithium-ion batteries matured by 2005. After two decades of declining roughly 10% on average per year, lithium ion battery costs flattened out.

However, those 10% declines pushed the unit-cost of lithium-ion batteries across a critical threshold, enabling the production of electric vehicles at scale. One 200+ mile range electric vehicle has as much battery power as 5,000 iPhones, so if just 1% of auto sales were to convert from gas powered to electric, they would more than double the demand for batteries relative to those required for smartphones globally. Recognizing that batteries were about to hit this tipping point, analysts could have forecasted that the time required for the cumulative doubling of production would drop precipitously and that the decline in costs would reaccelerate, as shown in the following charts.

The decline in prices has opened up new segments of the auto market to lithium-ion batteries which, in turn, is pushing them toward an even larger market, utility-scale energy storage. 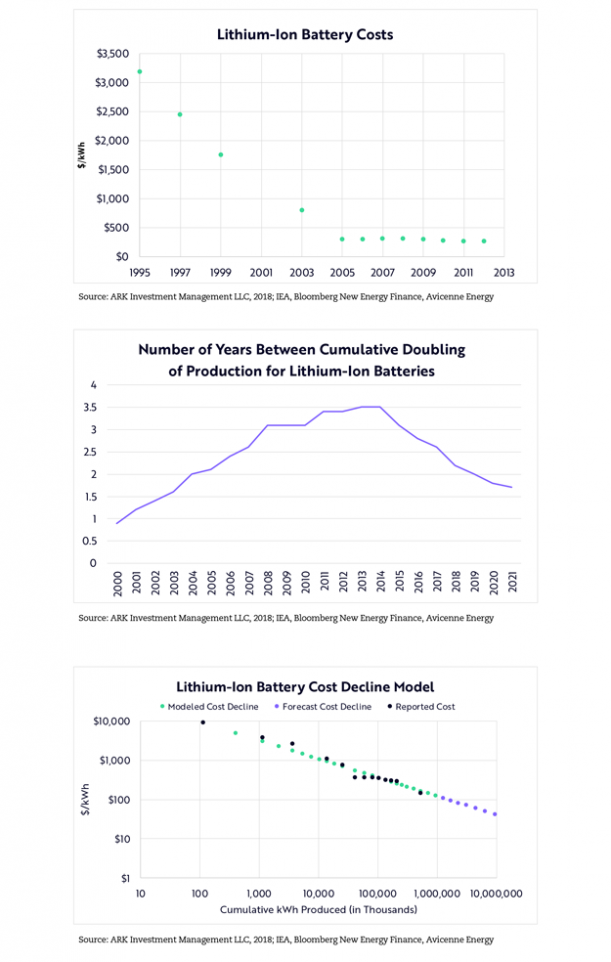