You are here: Home / Research / Industrial / The Addressable Market for Utility Energy Storage Could Scale to $800 ...

Elon Musk has stated that Tesla’s energy storage business will be as large as its car business in the long-term.1 ARK’s research shows that foregoing planned gas peaker plants and replacing them with utility scale energy storage could generate roughly $10 billion in revenues per year, more than six times Tesla’s $1.5 billion utility energy storage revenue in 2018. As battery costs continue to fall during the next five to ten years, the global addressable market for utility energy storage should expand to $800 billion. 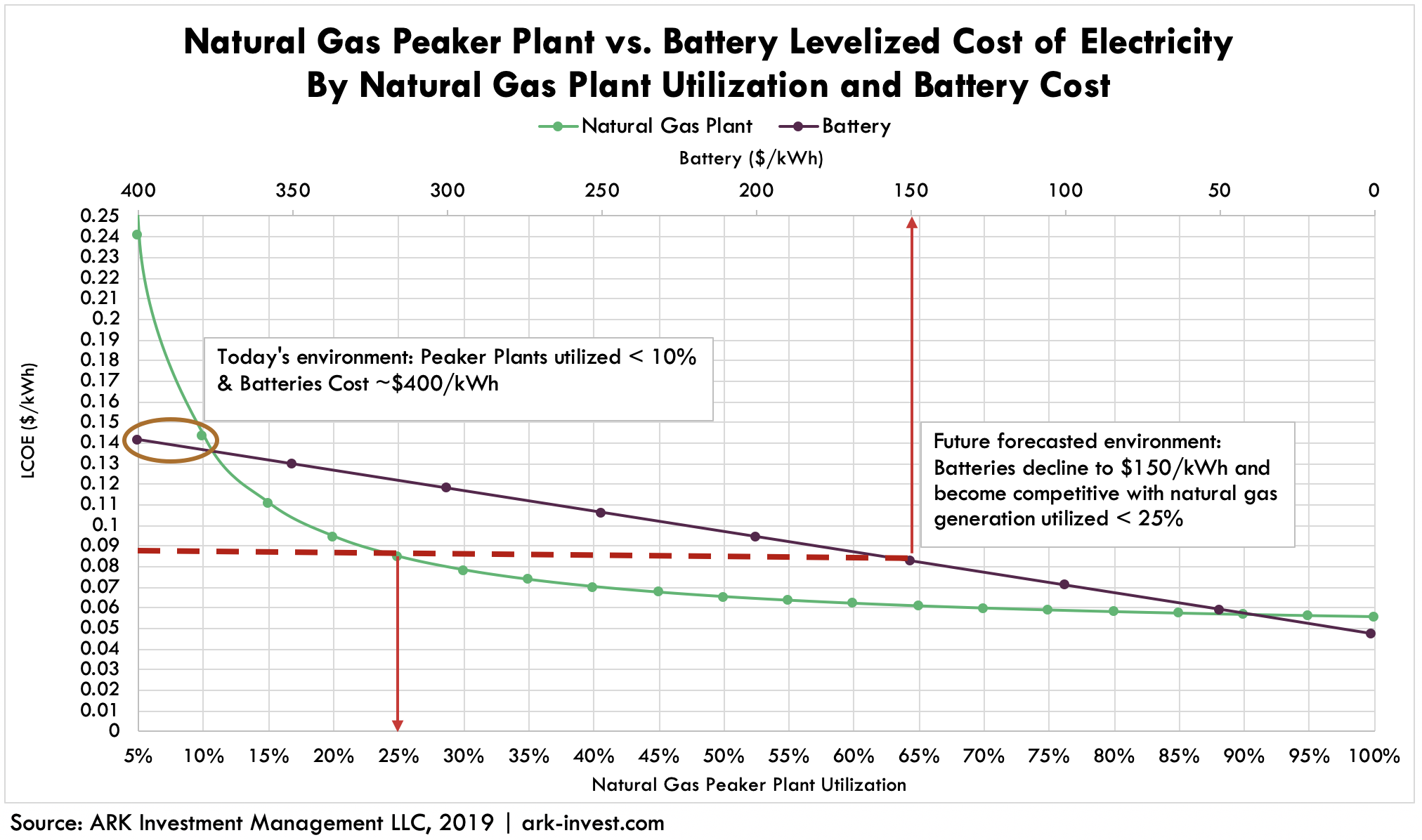 Energy storage solutions should be able to compete for all future peaker plant additions. Economically, battery solutions already are competitive with new natural gas plants.  Because increases in capacity will be offset by battery cost declines, the addressable market in the U.S. should remain at roughly $10-12 billion per year, as shown below. 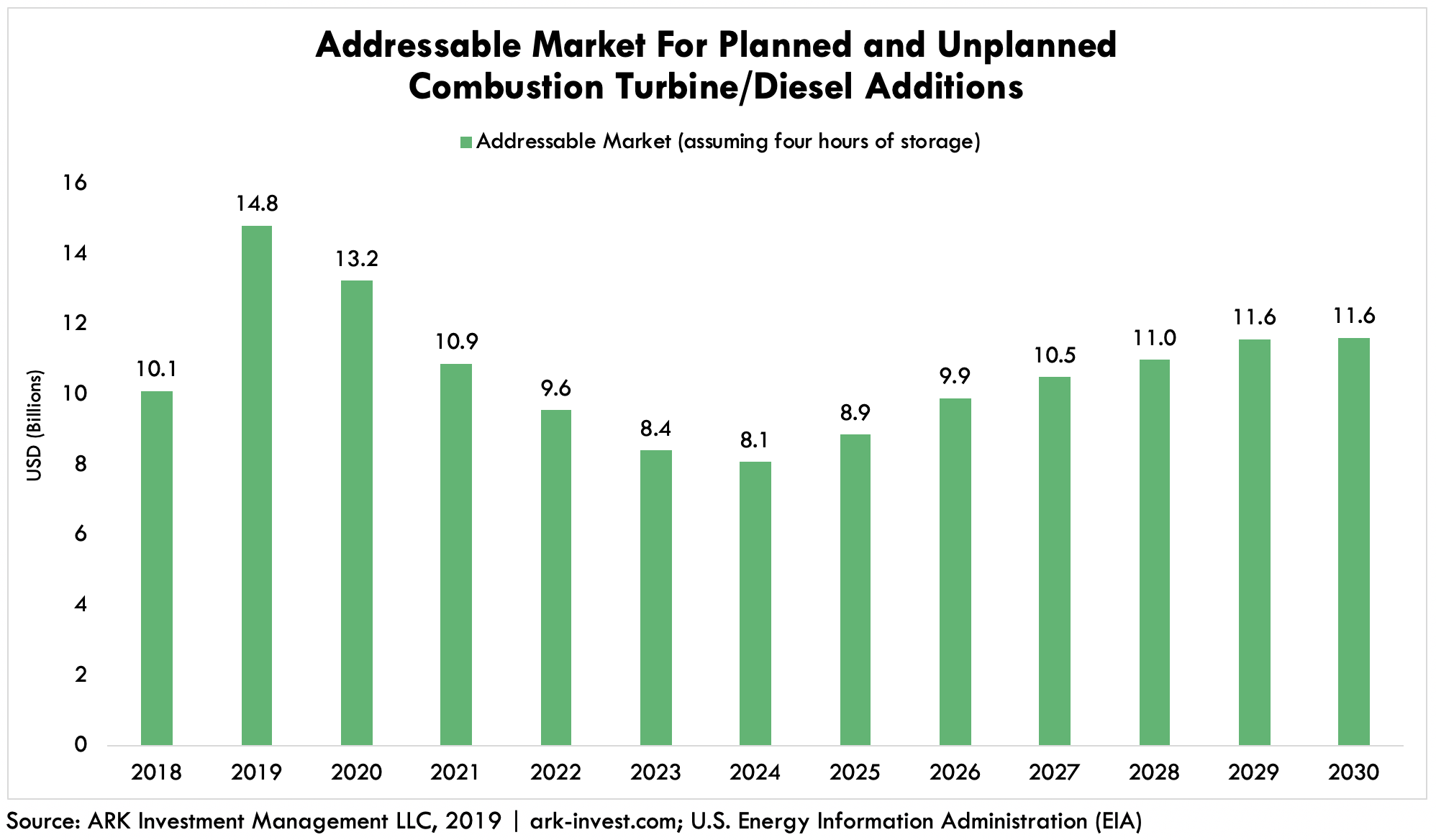 In the future, underutilized electricity generation probably will be replaced by batteries. As shown below, while the average utilization for natural gas plants in the U.S. is roughly 55%, many plants are utilized less than 25% of the time. ARK’s work suggests that replacing all of those plants would be an $83 billion energy storage opportunity in the U.S. and an $800 billion opportunity globally. As shown in the second chart below, 5,000 gigawatt hours of storage capacity would take the place of all of the underutilized facilities – whether natural gas, coal, or liquids powered – around the world. Moreover, if battery costs continue to fall below $150 per kWh the addressable market could scale well beyond $800 billion. 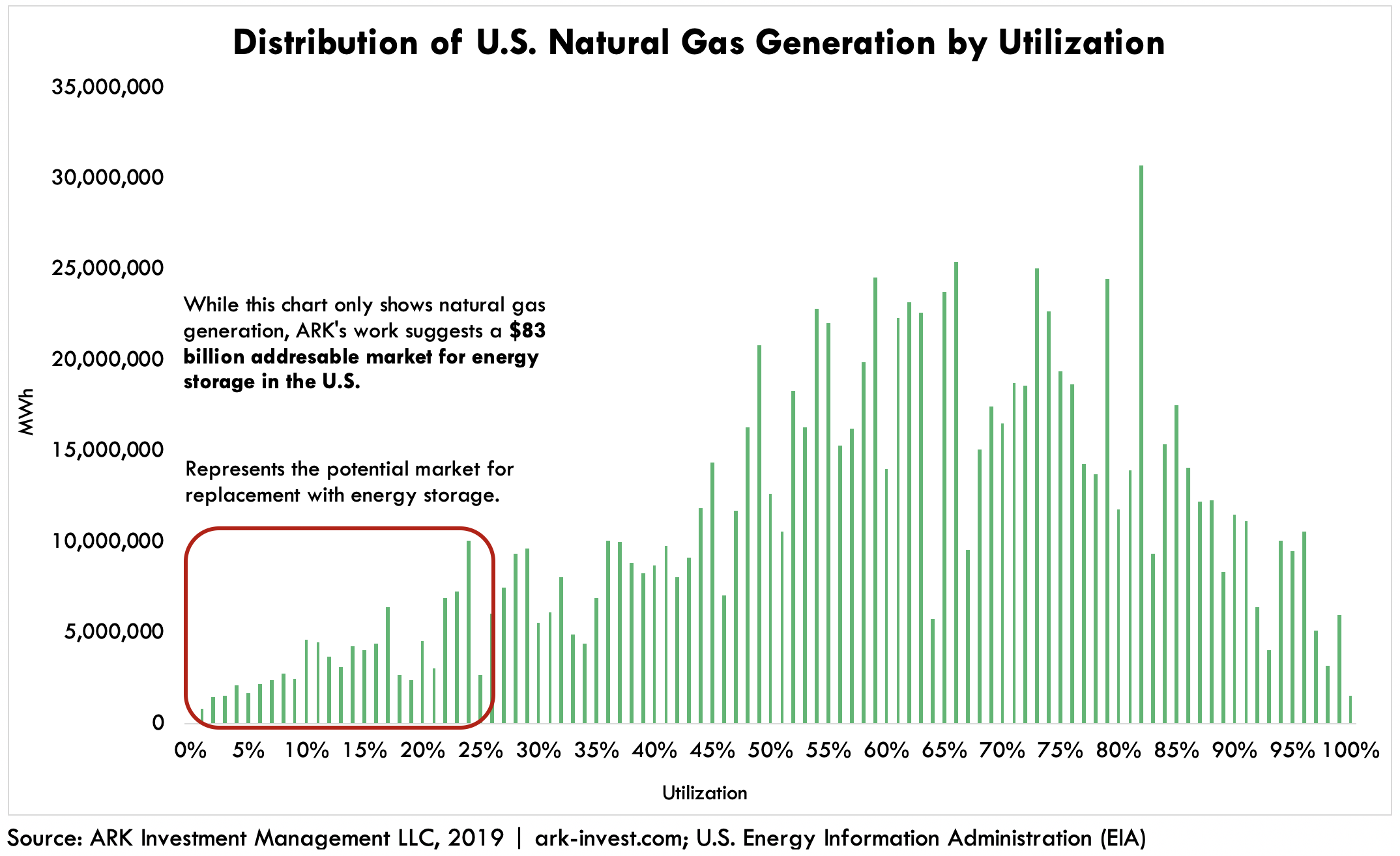 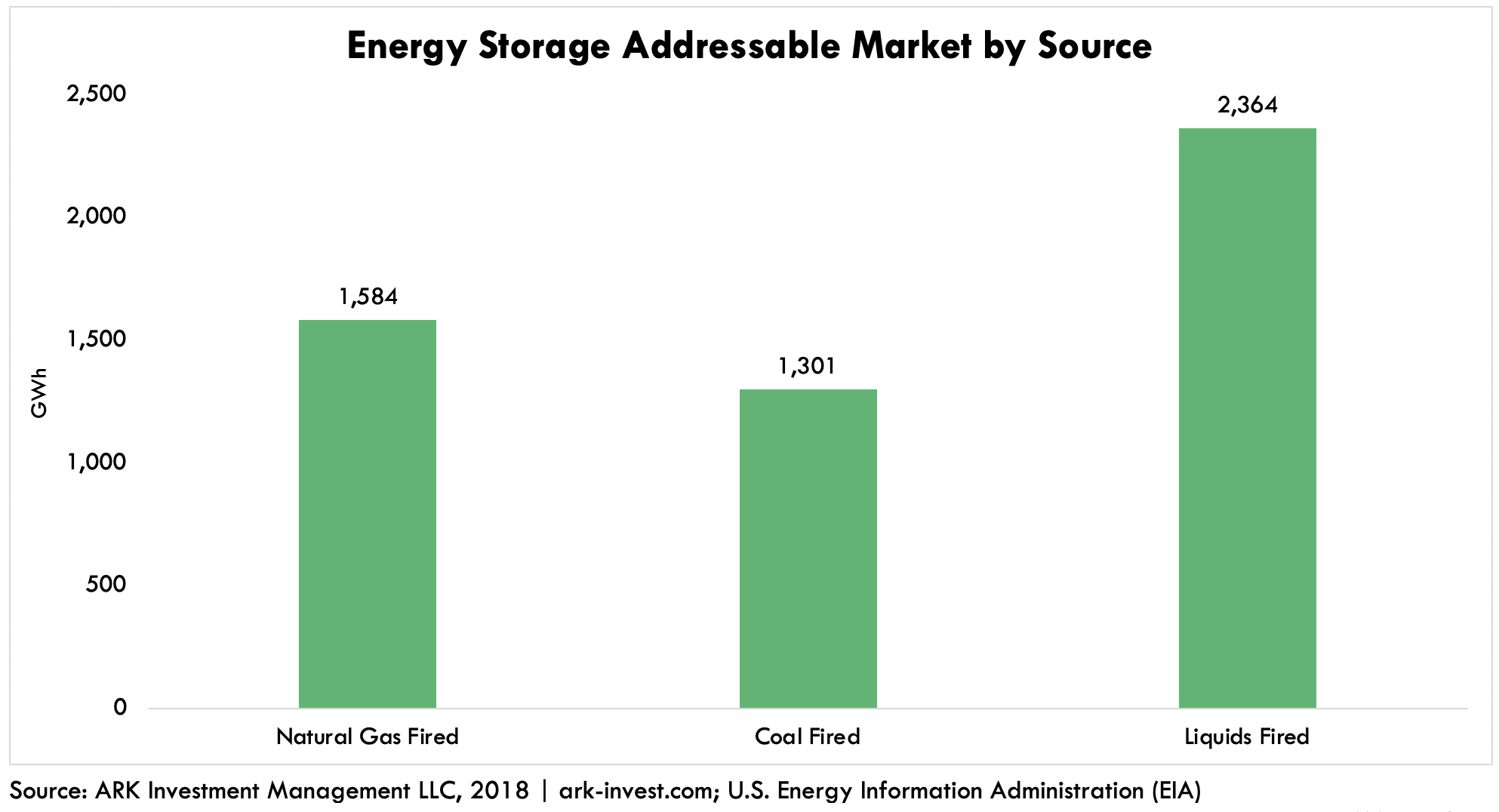 While many are familiar with Tesla’s success in energy storage in South Australia,4 few analysts assign any value to this portion of its business. One explanation is that most analysts covering Tesla are either traditional auto or technology analysts with little experience in utilities. Another is that stationary energy storage is complicated to analyze, as electricity prices vary by geography and the source of energy; regulation and business models vary by company; and residential use cases differ significantly from utility scale use cases. In addition, lithium-ion batteries may not be the best energy storage technology in the long run and, with low barriers to entry, could be commoditized. That said, ARK’s research suggests that these are early days and that the total addressable market for utility energy storage could approach $1 trillion during the next 10 to 20 years.5 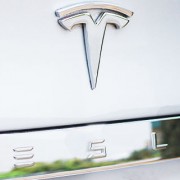 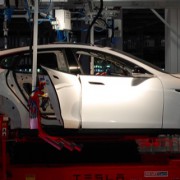 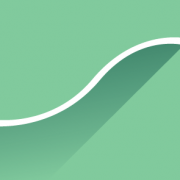 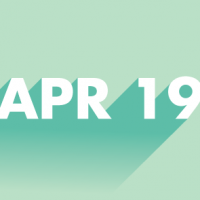 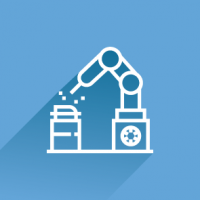