You are here: Home / Research / Industrial / The Boring Company Could Undercut the Costs of Other Mass Market Transportation...

ARK is forecasting that autonomous vehicles will increase traffic congestion dramatically, but Elon Musk aims to alleviate this potential problem with his Boring Company. The Boring Company proposes to build tunnels underneath cities that will allow electric cars to travel at speeds of more than 100 miles per hour.

Unlike traditional tunnel projects that take years to build and typically run over budget, the Boring Company plans to reduce costs by building in-house machines capable of boring tunnel diameters smaller than normal and by constructing support structures simultaneously. In contrast, traditional boring machines are idle as crews build tunnel support structures. Boring also plans to recycle and sell excavated materials instead of paying to remove them.

The Boring Company plans to build two mile-long tunnels that will open for commercial service in Las Vegas by the end of 2020.1 With vehicles traveling up to 155 miles per hour between three stations around the Las Vegas convention center, Boring expects to transport 4,400 passengers per hour2 at a cost of $24.3 million per mile. Based on our research, even if costs were to be double that budget, the project would undercut by nearly 50% the $86 million cost per mile of monorail extension proposed for Las Vegas.3 Just to be conservative, ARK estimates that the cost per mile to build the Las Vegas tunnel will approximate $72 million per mile, lower than that for the monorail but higher than that for the Boring Company, as shown below.

The biggest source of the Boring Company’s cost reduction is the size of its machines: the smaller the diameter, the higher the throughput.  Like Tesla, the Boring Company probably will introduce advanced automation to lower labor costs while vertically integrating and constructing the support structures. If it does not construct the tunnel station points, leaving those to the city, the Boring Company’s average costs could be 70% below typical tunnel boring costs, as shown below:

These cost reduction estimates probably are optimistic for Las Vegas because of regional differences in geology and regulations. US tunneling costs tend to be more expensive than those in England that we based our cost estimates on.4 Regulation is another important gating factor, as lobbying already has prevented the tunnel proposed under the 405 Freeway in Los Angeles and could complicate plans in Chicago as well.

While ARK cannot corroborate Elon Musk’s cost estimates, the Boring Company’s tunnel solution should be more cost-effective than the monorail expansion in California. To add perspective, the Second Avenue subway uptown extension in New York City cost $2.5 billion per mile, over 30 times more expensive than ARK’s estimates for the Las Vegas tunnel. In this context, we believe the Boring Company has room for error while still maintaining a cost-effective budget. Apart from appearing more cost effective, Musk asserts the tunnel “will crush any subway in throughput and convenience”.5 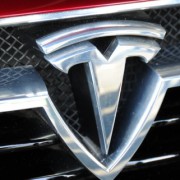 Tweets by @ARKinvest
Digital Wallet Companies Can Bank the Unbanked, While Traditional Banks Can... 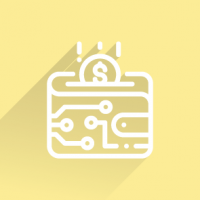 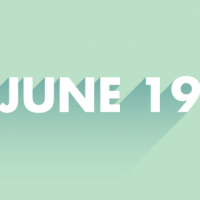