As discussed in Part I, smart speakers have not attracted significant developer interest and, therefore, lack a robust app store. Assuming an app store for smart speakers never were to take off, we wonder if a few smart speaker apps would be able to sustain the market.

In Part II of The Smart Speaker Conundrum, we analyze three potential “killer” apps that could save smart speakers from obsolescence: music streaming, commerce, and voice assistants.

Music Streaming
In our view, the killer app in the smart speaker space probably will be music. Because several large companies offer default freemium services, their smart speakers have become fairly frictionless customer acquisition channels for music streaming: Amazon Music for Alexa, Apple Music for HomePod, and Google Music for Google Home. According to a survey done by Voicebot.ai, roughly42% of smart speaker users streamed music on their devices on a daily basis, and an even more impressive 76% on a monthly basis.

Given this rapid adoption, ARK expects that streaming will make up the majority of music revenue in the coming years, as shown below. According to our estimates, streaming in the US alone could reach almost $20 billion in annual recurring revenue (ARR), returning the music industry five years from now to levels last seen near its peak roughly 20 years ago. 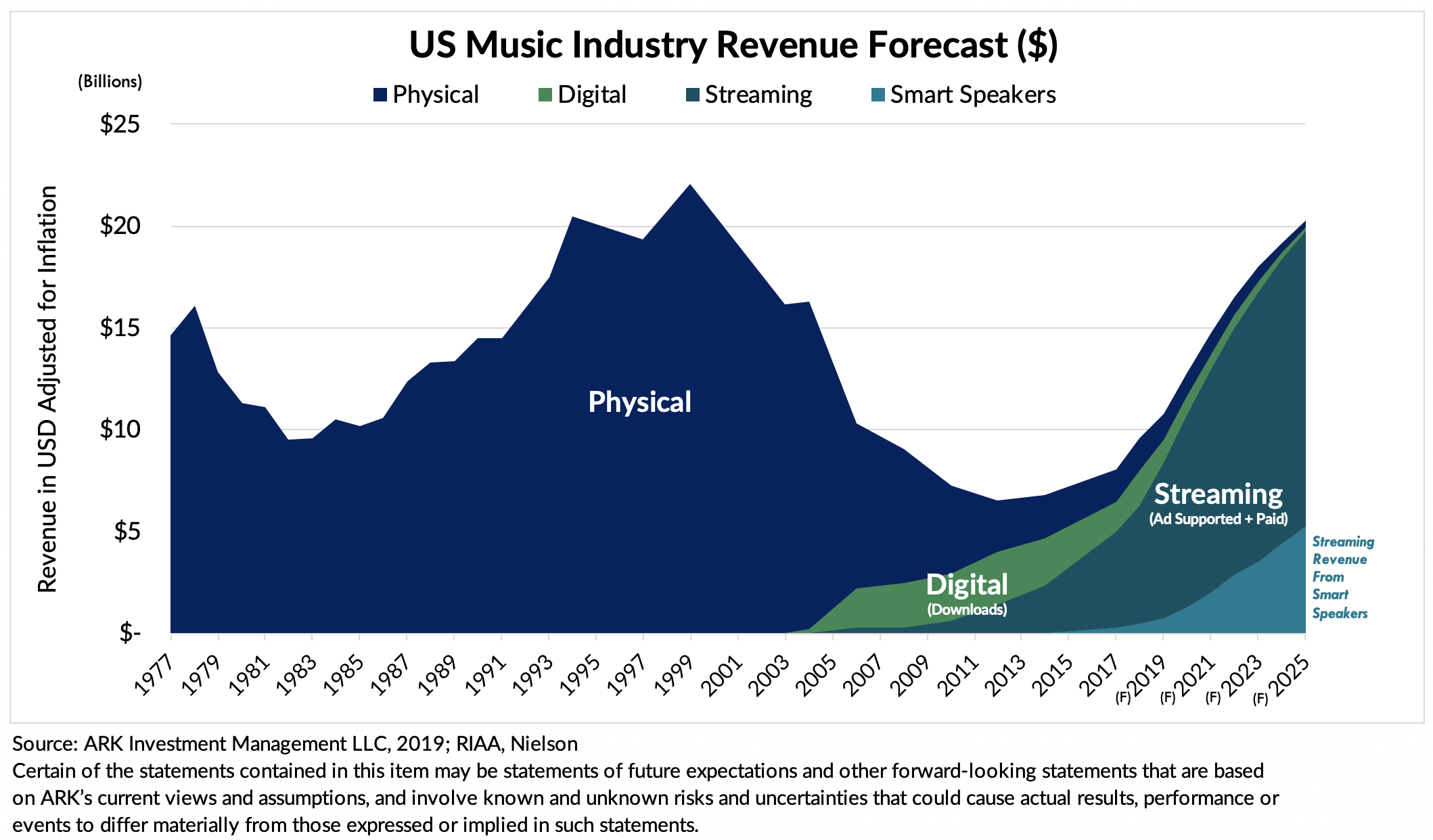 An important consideration is that the majority of smart speaker owners is older than 35, while the majority of music streaming users, as measured by Spotify, is much younger, as shown in the chart below. We believe this gap should close over time as older users opt into streaming services, increasing the probability that music will be one of their most important killer apps. 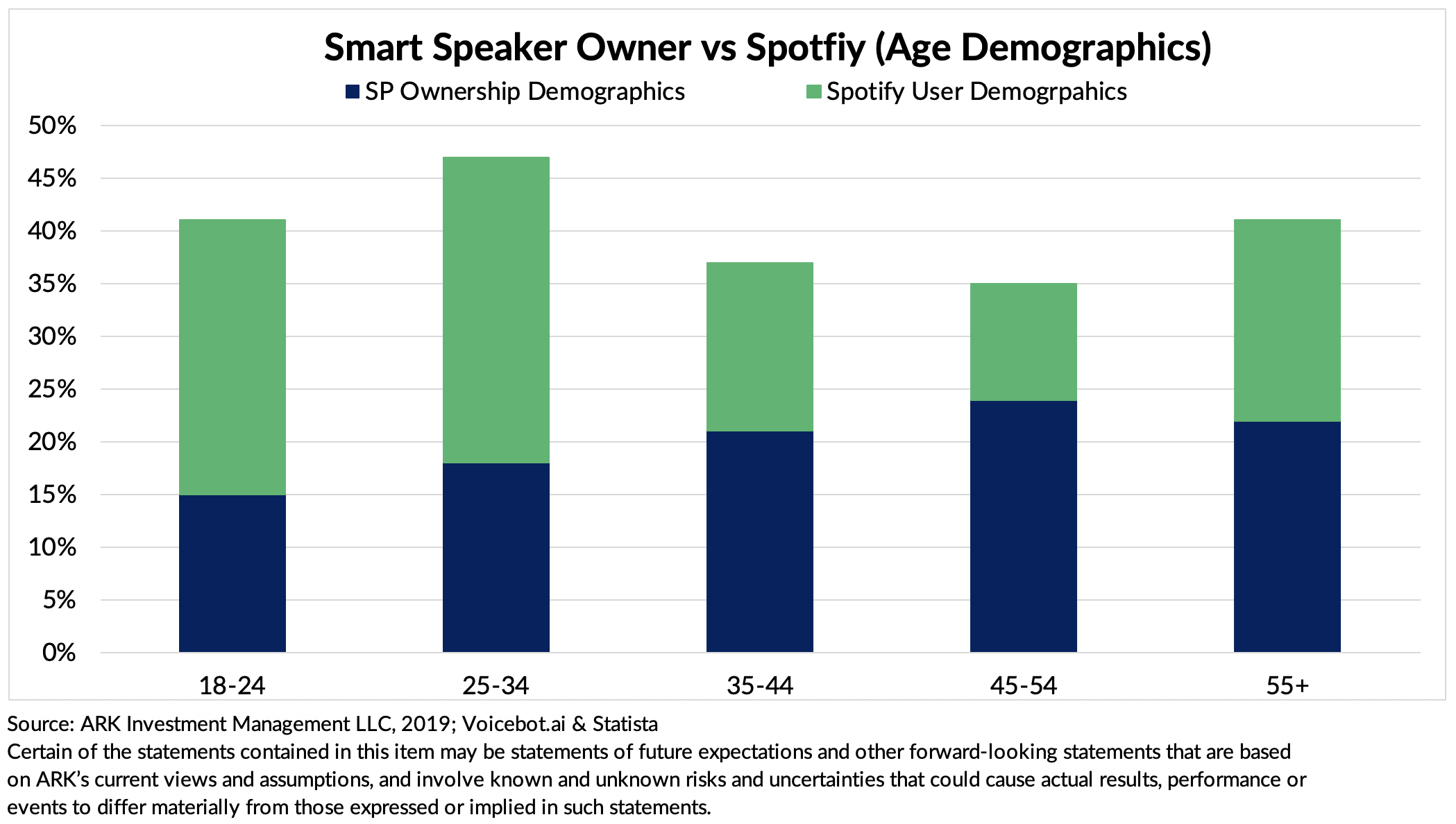 From the perspective of the tech giants that have distributed their smart speakers broadly, however, the revenue opportunity from music streaming appears to be limited. For music streaming services, the platform revenue generated by smart speakers averages less than $7 per user on average per year.1 While important perhaps strategically, we believe streaming music services are unlikely to become meaningful economically to the platform companies.

Commerce
We believe the second killer app for smart speakers is commerce. Dubbed ‘voice-commerce’, transactions initiated via smart speakers still are in their infancy, though gathering momentum. According to a recent eMarketer study, the number of US consumers shopping by way of smart speakers last year was roughly 23.6 million, on its way to 31 million this year and, at roughly 10% of the total US population, closing in on what could be a tipping point.

Expedited shipping could serve as the catalyst for that tipping point. Led by Amazon, many e-commerce companies are planning free 1-day and same-day delivery, a trend that should accelerate as drone delivery commercializes. According to our estimates, voice commerce could take significant share of “convenience shopping”, generating roughly $25 billion in gross merchandise volume (GMV) in 2025, in the US alone, as shown below. 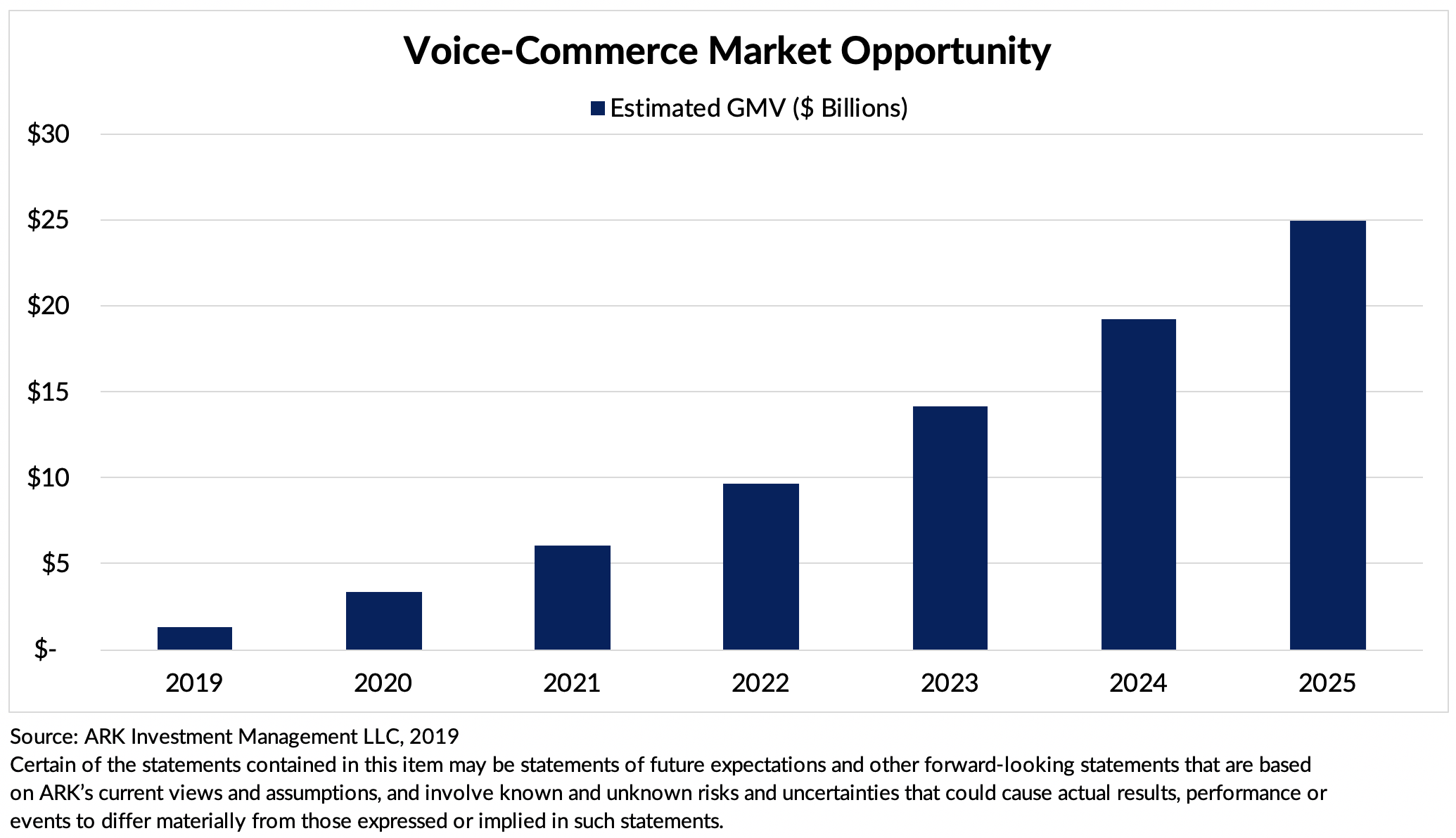 Voice Assistant
The third killer app for smart speakers is likely to be voice assistant. Smart speakers could play a critical role in making the voice assistant the main user-interface in the home. Already, Amazon and Google have developed ‘smart’ devices that span many products and services in the home, among them security systems, kitchen appliances, thermostats, etc. Connecting all these devices should be the smart speaker. Through this central hub, simple voice commands will control the home. ARK expects that in 2025 the average US household will have roughly 50 connected devices, the majority controlled by voice. 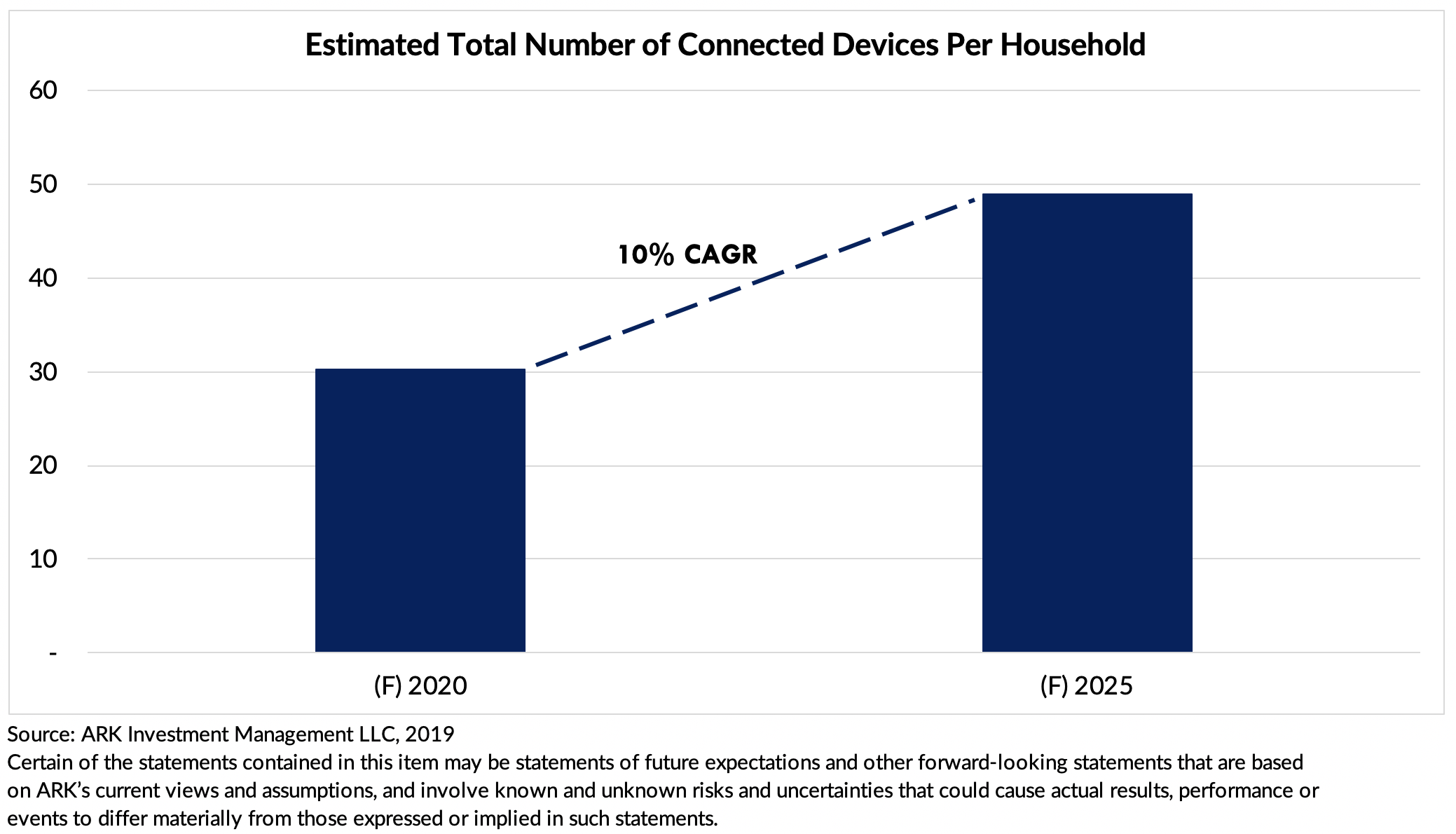 A few killer apps could save smart speakers from the dust bin of history. To proliferate, they may not need an abundant app store at all. 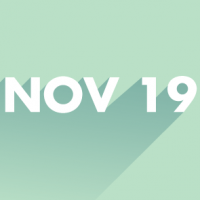 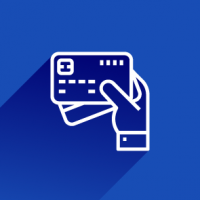