Israel is a world leader in the development of innovative products and services with companies that are advancing scientific research and enhancing every sector of the global economy. Ranked highly in the world for technological advancements and entrepreneurship, and responsible for many innovations, Israel has earned its status as an innovation powerhouse. Named the 10th most innovative country in the world by the 2017 Bloomberg Innovation Index,1 and 2nd overall for innovation by the 2017 Global Competitiveness Index,2 Israel is attracting investor interest.  Warren Buffett calls Israel “the leading, largest, and most promising investment hub outside the United States” while Bill Gates explains “the innovation going on in Israel is critical to the future of the technology business.”3

At roughly $340 billion in Gross Domestic Product (GDP), Israel is not a large economy,4 but it is a world leader in software, telecommunication, semiconductors and pharmaceuticals. A leading exporter of technology and pharmaceuticals, Israel is host to the largest number of start-ups and NASDAQ-listed companies in the world outside of North America. While the number of Israeli initial public offerings (IPOs) has dropped in recent years, the tide does seem to be turning: US investment bank Aegis Capital Corp. and international law firm Zag/S&W are reporting that increasingly Israeli firms are planning for IPOs and filing prospectuses with the US Securities and Exchange Commission.5

Today, Israel is ranked number one globally in research and development (R&D) and venture capital investments as a percentage of GDP:  it launches more than 600 start-ups every year and is home to 300+ technology R&D centers including those for Facebook FB, Microsoft MSFT, Intel INTC, Google GOOG, IBM IBM, and Apple AAPL.6 No wonder investors around the world are turning to Israel.  China’s investment in Israel, for example, almost tripled last year to US $16 billion.7

Supporting growth, Israel’s central bank has been ranked highly for fostering economic stability. The Bank of Israel announced record-breaking foreign reserve holdings of $111 billion at the end of September, and according to Bank of America Merrill Lynch it had “[defied] gravity” as it checked the multi-year appreciation of the shekel against the U.S. dollar during 2016.8

Israel’s thriving economy may seem surprising in the face of geopolitical and security concerns, not to mention its shortage of water and arable land. These factors, however, seem to be playing an important role in the development of its high-tech industry:  Israel is renowned for its water and agriculture technology, as well as its drone and aerospace industry. More recent successes include cybersecurity, medical technology, artificial intelligence, robotics, navigation, and autonomous driving. As a result, both public and private Israeli companies have been acquisition targets. The biggest technology business deal in Israel’s history was Intel’s recent $15.3 billion acquisition of autonomous driving enabler Mobileye MBLY in March 2017.9 Other significant deals have included Google’s acquisition of Waze for over $1 billion in 2012, IBM’s purchase of security software firm Trusteer for $1 billion and Cisco’s CSCO takeover of cell phone software firm Intucell for $475 million, both in 2013.

Given the broad-based interest in its innovative companies, Israel’s underrepresentation in global equity indices is striking. It makes up only 0.14% of the MSCI World Index, with a disproportionate weighting to Teva Pharmaceutical Industries Ltd TEVA.  Moreover, it is absent from most European and Asian indices and, at the moment, no EMEA ETF – which would include Israel – trades on a US exchange.

Ironically, its promotion from an emerging market to a developed market in 2010 seems to be the source of its underrepresentation. While supposedly an affirmation of Israel’s success, the reclassification came with unintended consequences.10 In fact, in 2013 the Bank of Israel reported that volume on the Tel Aviv Stock Exchange had dropped 44% in the aftermath of its promotion to developed market status.11

Unintentionally, and often unknowingly, benchmark-sensitive investors lowered their exposure to Israel dramatically after its “promotion”. According to ARK’s research, at the end of 2009, 13 Israeli stocks represented approximately 3.4% of the $222 billion market cap of the MSCI Emerging Market Index. If Israel were to have maintained its weight in the MSCI Emerging Market Index, then 3.4% would account for $427 billion in market cap today. Instead, following the “promotion” of Israel to developed market status, four Israeli companies now represent roughly 0.14%, or $62 billion, of the MSCI World (Developed) Index market cap.  Consequently, Israel has lost access to $365 billion of exposure in global equity markets. For perspective, Israel’s GDP should approximate to $340 billion in 2017. Astonishing!

We believe that innovation is key to growth, and that Israel deserves to be recognized in the equity markets as the “start-up nation”. For that reason, we created the ARK Israeli Innovation Index (Bloomberg: IZRLINVN). With the most innovative Israeli stocks, the index seeks to take advantage of significant growth opportunities and market inefficiencies, unconstrained by market capitalizations or economic sectors. Since its inception on October 1, 2015, the ARK Israeli Innovation Index has returned 17.9% at a compound annual rate as of September 30, 2017, outperforming the MSCI Israel Index (MXIL: -10.1% annualized), the MSCI Israel Capped Investable Market Index (MISCNU: 4.3% annualized), and the BlueStar Israel Global Index (BLSNTR: 3.3% annualized), as shown below.12

A key reason we founded ARK Invest was to allocate capital to its highest and best use.  Given the shift to passive and benchmark sensitive investing during the past 10 to 20 years, many countries have lost access to the capital which has been allocated to those benchmarks. Arguably, Israel is the most dramatic case in point. We invite you to contact us if you are interested in learning more about the investment opportunity in Israeli innovation. 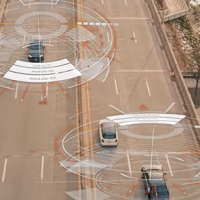