You are here: Home / Research / News / This week’s Innovation Takeaways from ARK’s Brainstorming

This is a blog series based on ARK Brainstorming, a weekly discussion between our CEO, Director of Research, thematic analysts, ARK’s theme developers, thought leaders and investors. It is designed to present you with the most recent innovation takeaways and to keep you engaged in an ongoing discussion on investing in disruptive innovation.

1. Twitter’s Success May Hinge on the Future of Live TV

The migration of video from TV to the internet has been a long running disruptive trend. YouTube legitimized Internet video. Netflix brought us premium content. Now Twitter is making a play for live sports, one of the last bastions of traditional television.

On Thursday night Twitter live streamed the first game in its series of Thursday night NFL matches. The video stream was available for free on mobile devices, PCs, and digital set top boxes. Live tweets streamed alongside the video, highlighting the communal viewing experience that is unique to Twitter.

Adding a dynamic viewing experience to live television, ARK believes Twitter could create a unique and highly engaging video platform. It certainly is heading in that direction, as NBA basketball, NHL hockey, college football, and Bloomberg all have signed deals to stream on Twitter’s platform.

With the launch of iOS 10 iMessage has become more of a platform for other apps, much like Tencent’sWeChat model. In response to iOS10, Circle updated its app so that people can send bitcoin through iMessage. Circle, one of the premier bitcoin wallet companies, recently raised $60 million in Series D funding to fund its expansion into China. Its website reads: “Like a text or email filled with cash.”

ARK’s thesis is that Bitcoin will be a success when it disappears. Everyone will use the blockchain without knowing it. Apple provides a layer of abstraction between bitcoin and the end user, allowing users to interact with something in their comfort zone—iMessage in this case—while also using Bitcoin’s blockchain underneath the hood.

3. Chevy Challenges Tesla with the Bolt

This week Chevy announced that the Bolt will have an EPA rated 238 mile range and possibly a sticker price lower than the $37,500 it announced originally. Prior to this announcement, ARK believed that Tesla’s electric vehicles (EVs) would remain more competitive than GM’s, even after the launch of the Bolt.

That said, ARK has shown in the past that Tesla has not lost all of its competitive advantages. First, its charging infrastructure is unmatched nationwide. Second, and perhaps more important, it is the only auto manufacturer able to deliver over the air (OTA) software updates that enhance the performance of its vehicles. Other manufacturers can make OTA updates to modify infotainment systems but not to enhance vehicle performance. Indeed, software development will become even more important as the autonomous vehicle opportunity evolves.

ARK will be looking to see if GM will include any or many autonomous related sensors in the Bolt. Such sensors in the Model 3 will play a critical role in Tesla’s vision of a self-driving future.

4. This week Uber released its autonomous cars in Pittsburgh.

In each, two engineers sit in the front seat, monitoring and taking control in case the autonomous system fails. Among the widespread reports on the cars, the most important in our view was the failure rate of the autonomous system, forcing engineers to take control of the wheel often. Based on these accounts, assuming that the reporters were in the car for 45 minutes to an hour, ARK estimates that the Uber cars drove 10 miles on average without manual intervention. In contrast, the Google car can travel more than 5 thousand miles without manual intervention. Clearly, Uber is miles behind in this race.

Also on the autonomous front, at its investor day this week Ford laid out its vision for autonomous taxis. Ford’s plan looks remarkably similar to Google’s – fully autonomous cars that travel up to 25mph. While Ford plans to roll them out by 20211 ARK believes the Google system could be ready by 2019.

Another interesting takeaway was Ford’s estimate that autonomous taxis will be priced at roughly $1 per mile, including network operator costs. ARK’s interpretation of the operator cost bucket is that Ford is planning a teleoperator model similar to the one that Google has patented. In this model, a third party professional engineer will communicate over a wireless network when the autonomous system gets confused or fails.

ARK estimates that the price of autonomous taxis could drop to 35 cents per mile and still generate operator profits, thanks to the declining costs of electric vehicles and their concomitantly high utilization rates. ARK’s research illustrates that the magnitude of this price decline should cause a huge surge in demand for autonomous taxis during the next five to ten years. 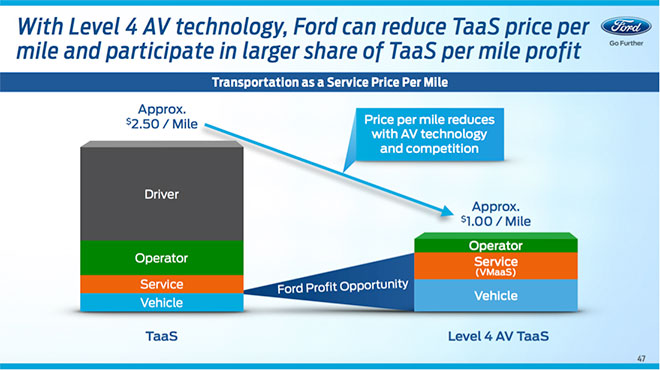 A recent study on the Zika epidemic in the Americas adds to evidence that the Zika infection causes severe fetal brain injury after the infection of a woman at any stage of her pregnancy. These injuries include not just microcephaly, but also hearing loss, vision loss and developmental delays.

The study — conducted by researchers from the University of Washington — infected a pregnant pigtail macaque monkey with the virus. Upon monitoring the monkey’s pregnancy and fetus’s development, the clinical investigator concluded that even when contracted late in pregnancy, “Zika infection in the womb causes birth defects.”2

While some researchers note the weakness of a claim based on the study of one species of animal, the study does offer support for early and repeated testing for the Zika virus in pregnant women. Indeed, on August 3, Governor Rick Scott announced that Florida would offer free Zika testing for all pregnant women.

More than a month later unfortunately, as The New York Times reported earlier this week, “State laboratories have been unable to keep pace… leading to long delays for women anxious to know whether the virus has passed to their fetuses.” Lasting up to six weeks, these delays stem from a lack of resources and the complex and multi-step nature of the test.

ARK believes that this Zika-related crisis highlights the importance of simple diagnostic tests providing results within hours instead of days for all infectious diseases. Among the companies leading that charge are Cepheid (soon to be acquired by Danaher) and Roche. In addition, this crisis highlights the potential value of a Zika vaccine, such as that in development by Inovio, which would prevent the infection from taking hold altogether.

What if pharmaceutical and biotech companies could bring drugs to market five times faster than is possible today? According to Pricewaterhouse Coopers (PWC), this dream may become a reality by 2020. The report cites two catalysts that could speed up the commercialization process for new drug therapies.

The first catalyst is predictive analytics. Companies focused on predictive insilico drug discovery are helping to zero in on the molecules most likely to have the desired effect on a target associated with disease. Taking some of the guesswork out of research, Compugen is one company focused solely on this method of drug discovery.

The second catalyst to make PWC’s prediction a reality would be a significant change in the drug approval process, as shown below. PWC is advocating that he FDA approve new molecular entities (NME) in phases. With incremental safety and efficacy data, the FDA would expand the target population for a given NME.

Importantly, we think this stepwise revenue cycle could reduce the number of binary outcomes in the biotech space. With early stage milestones and a shortened time to market after passing safety screens, an early stage drug focused initially on a limited population could begin to generate revenues, however minimal, even if it were to fail broad based efficacy trials at a later stage. While peak sales of a successful drug would not be as high as those for blockbuster drugs in the current regulatory regime, a pre-revenue biotech company would generate revenue earlier with lower R&D costs before commercial launch.

Now the question in our opinion becomes whether or not this regulatory change is viable in the current political climate. The healthcare system historically has been slow to change. 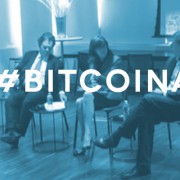 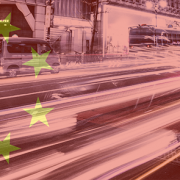 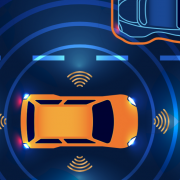 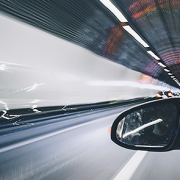 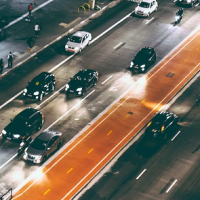 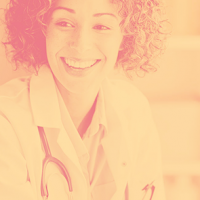