While electric cars seem to be generating quite a bit of excitement these days, investors may be surprised to learn that the transition to electric buses is happening even faster. Estimates call for plug-in hybrid and electric (H&E) bus sales to be more than 42,000 by 2020, achieving 15.4% market penetration, much higher than the anticipated 3.5% H&E car penetration. Purely electric buses are projected to comprise 5.7% of the 2020 bus market.1

Through the end of 2013, Chinese electric bus company BYD BYDDF sold more than 1,000 electric buses. The company also already has future orders in place for more than 5,000 units, valued at $1.6 billion USD. To put this into perspective, global electric bus sales totaled 5,000 units in 2012.

Unlike most consumers, bus companies take into account the total cost of ownership over the lifetime of a vehicle, and on that basis many of them have begun to favor electric buses. Warren Buffett certainly has bought into this trend. He owns a 10% stake in $38 billion BYD.

BYD recently won contracts to build electric buses for transit agencies in Los Angeles and Long Beach, California, over U.S. competitors. The busses run on 324 kWh iron-phosphate batteries and already are being sold in South America, Europe and Asia.

The range of BYD’s 18-ton bus is roughly 155 miles, which is remarkable for its size. While a BYD bus weighs as much as nine Tesla TSLA vehicles, its range is only 40% less than the 265-miles of the Model S. 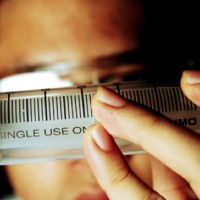 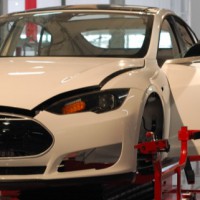 EV Market: Tesla Has Lots of Room to Run
Scroll to top