You are here: Home / Research / Market Insights / Review / Climbing the Wall of Worry: Disruptive Innovation Could Add Fuel to This...

The Equity Market Continues to Climb the Wall of Worry

Concerned that the nine-year bull run has overstayed its welcome, many strategists have highlighted the narrow leadership of the US stock market as it has bucked weakening trends elsewhere in the world. Through June, the so-called FAANG stocks had accounted for 75% of the S&P 500’s 2.64% total return, in many minds the harbinger of a bear market like that after the tech and telecom bubble.

ARK Invest has taken issue with that view of the market. Though the market could experience a correction at any time, our conviction in this bull market continues to strengthen. Indeed, based on our research and experience in both markets, I believe that the bull market did not start in earnest until late 2016, and that the innovation centers of the world are putting in place technology platforms that will extend it by creating a “deflationary boom”.  After it hit bottom in March 2009, the S&P 500 did little but recover from disaster until March 2013 when it revisited its 2007 peak. At that point, fears of a debt-driven deflationary bust began to surface, particularly because traders and investors were unnerved that the market had peaked at the same level 13 years earlier in March 2000.  March 2000, November 2007, March 2013: a triple top?  Then, from 2013 through 2016, most investors were on edge as the market pushed forward but suffered through several risk-off moves, the worst of them in early 2016 when oil prices were collapsing. Culminating on election night in the US, each risk-off period added new bricks to the massive wall of worry that has been building for nearly ten years now.

The healthiest bull markets tend to climb walls of worry, with today’s bricks being cemented by concerns about a flattening yield curve in the US, trade tariffs, and geo-political concerns. While others argue that the yield curve is flagging signs of recession, we believe that it is discounting the early stages of a deflationary boom the likes of which has not been seen since the turn of the nineteenth century. During the next few years, we believe that real growth and profits around the world will surprise on the high side of expectations as inflation turns down and perhaps goes negative. Consequently, short rates are rising and will continue to rise in response to strong and accelerating real growth, while long rates will be tamed by continued surprises on the low side of inflation expectations. Strong growth also should push trade tensions to the back burner.

This explanation of the flattening yield curve seemingly suggests that “this time is different,” but this time is not different in the context of disruptive innovation. During the 50 years ended 1929, the last time that three or more general purpose technology platforms were evolving simultaneously, the yield curve was inverted more than half of the time.1 The disruptive innovations of that time – the internal combustion engine, telephone, and electricity – stimulated rapid real growth at low rates of inflation.  Through booms and busts in an era without the Federal Reserve and with minimal government intervention, US real GDP growth averaged 3.7% and inflation 1.1%, while short rates averaged roughly 4.8% and long rates roughly 3.8%.2 The yield curve was inverted.  So, this time is not different, but investors do have to extend their time horizons to understand the impact of profound technological breakthroughs on the economy.

During the late 1990s, capital spending was in a full-fledged and extended boom, thanks to the easy money associated not only with the stock market bubble but also with the Fed’s preemptive moves to cushion the economy ahead of “Y2K”. Concerned that the global economy would tank as computers shut down when the calendar turned from 1999 to 2000, the Fed pushed the Fed funds rate down from 5.6% in June 1998 to 4.8% in June 1999.3 While the speculation in tech and telecom was epic during that period, less well-remembered are the excesses that took place in biotech, as companies raced to file for patents on genes, sending their stocks into orbit.

While some investors wonder why the bubble popped so abruptly on March 10, 2000, I recall two precursors.  First, in late December 1999, the US and UK revised interim guidelines for patenting genes, forcing applicants to provide use cases for the genes under consideration.4 Then, before the comment period ended in March 2000, both countries signed a statement urging that raw data from the Human Genome Project be made available for free to scientists, an unexpected development given the $2.7 billion in costs necessary to sequence the first whole human genome.5 Adding to those controversies, in January 2000 a private citizen filed a privacy suit against DoubleClick, an online advertising agency now owned by AlphabetGOOGL, on behalf of the general public in California.6 In my view, that one-two punch against genomics and the internet turned “more buyers than sellers” into “more sellers than buyers”, particularly for growth stocks, which collapsed. Long-neglected value stocks took the baton and ran, stoked by China’s impending entry into the World Trade Organization.

Unlike their behavior during the tech and telecom bubble, companies have not been confident enough in recent years to invest aggressively in technology, while health care-oriented investors have been ignoring profound breakthroughs associated with DNA sequencing. From mid-2014 through the third quarter of 2016, perhaps because of fears caused by the Fed’s tightening moves and market volatility, capital spending – as measured by real nonresidential fixed investment in the US – increased only 0.8% at an annual rate.7 As a result, according to a Ponemon Institute survey, 52% of US & EU companies were not ready to satisfy Europe’s General Data Privacy Regulation (GDPR) when it became effective in May, quite a contrast from the manic behavior associated with Y2K.8 Not until the passage of tax reform, which included the full expensing of capital equipment in year one, did investment spending come alive.  During the first half of 2018, real nonresidential fixed investment increased 9.3% at an annual rate.9

Perhaps more remarkable has been the response, or lack thereof, to potentially life-saving therapies and technologies like CRISPR-Cas9. During 1999, had analysts and portfolio managers learned of a technology that might cure the blind and those with cancer, a group of stocks with exposure to the primary CRISPR Cas-9 patents – IntelliaNTLA, EditasEDIT, and CRISPR TherapeuticsCRSP – probably would have scaled to a combined market cap in the hundreds of billions of dollars. Instead they have struggled to reach roughly $5 billion.  Moreover, unlike in 1999-2000, government policies are supportive today, as one of the US administration’s top priorities in health care is to accelerate the approval of life-saving and life-changing therapies.10 At the same time, the UK government recently disclosed that it will allow the editing of germline cells – the sperm and the egg – under certain conditions.11 The investment backdrop today couldn’t be more different from that in 1999-2000.

The Tech and Telecom Bubble Saw the Future: The Future is Now

The tech and telecom bubble put in motion five general purpose platforms that are hitting tipping points, while cutting across economic sectors and converging to spawn more innovation. As can be seen on our research website, we identify the five platforms as DNA sequencing, automation, energy storage, next generation internet enabling deep learning, and blockchain technology.

Unlike the narrowly focused tech and telecom bubble which caused a capital spending sinkhole but no killer apps, these platforms have hit price points low enough to unleash demand, create new markets, encourage experimentation, and democratize access.  The cost to sequence a whole human genome, for example, has dropped from nearly $3 billion in 200012 to less than $1,000 today and, according to our research, is on its way to $100 in 2021. As a result, the demand for whole human DNA sequencing is beginning to explode.  Industrial robot costs are heading toward $10,000 and a payback period of six months, giving small businesses access to productivity enhancements never before possible. 3D printing is cutting costs by up to 75% and shifting power from large manufacturers to more entrepreneurial or creative designers,13 while drones are cutting delivery costs by up to 90% and distributing medicine to remote villages in Africa and Asia.  Electric vehicles will be less expensive than gas powered vehicles in fewer than five years, and will continue to fall in price, giving more consumers the opportunity to experience 0 mph to 60 mph in fewer than 3 seconds and get to work for $0.35 per mile instead of the $3.50 per mile on average charged today by US taxis. Meanwhile, computing performance per dollar continues to improve at more than 40% per year, which has given birth to modern artificial intelligence (AI), and as blockchain technology proliferates the marginal cost of money transfers likely will drop to 0. A global digital currency, over which no government has control, could become the killer app of the century.

Not only will they stimulate substantial growth and create new markets, these new platforms also will disrupt sectors which historically have stoked high inflation. Global oil demand is likely to peak within the next few years as EVs begin to scale and as autonomous electric taxi networks account for an increasing share of miles traveled. DNA sequencing will introduce science to healthcare decision-making in a way never before possible, minimizing the guess work and eliminating waste which, according to some estimates, could be 40%14 with some estimates reaching as high as 50%.15 At the same time, robots will serve not only as an antidote to labor shortages that are cropping up in the US, Japan, China, and elsewhere, but also should increase productivity, one of the most powerful forces against inflation.

While the equity market may have narrowed in its focus for a time this year, the investment backdrop today bears no resemblance to the excesses that took place in the late nineties. Investors have been climbing a wall of worry since the market hit a “triple top” in 2013, the Fed has been tightening, and capital spending had been moribund until recently, adding to our confidence that capital flows into disruptive innovation have been discerning, certainly in the public, if not the private, markets.

The tech and telecom bubble did see the future, perhaps 15-20 years too early.  That future is now and, if our research is correct, the payoff will last for the next 15-20 years. 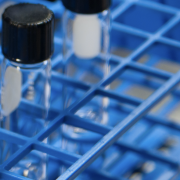