ARK sees evidence that mobile application based rideshare services already have taken a bite out of auto sales. In the past three years, rideshare services probably have caused a cumulative loss of 1.7 million car sales globally and are on track to displace another 2.8 million units this year.1 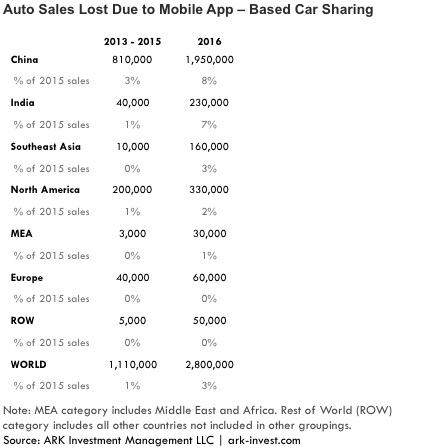 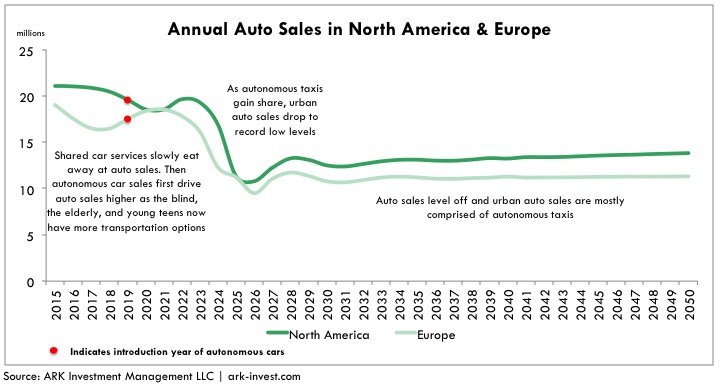 In China, only 20% of the population have drivers licences, compared to 70% in the US.2 Given the much lower total cost of usage, we believe growth in the demand for autonomous cars should spike to 30 million units by the middle of the next decade before downshifting to a steady state rate of 23 million units in the 2030’s, as shown below. 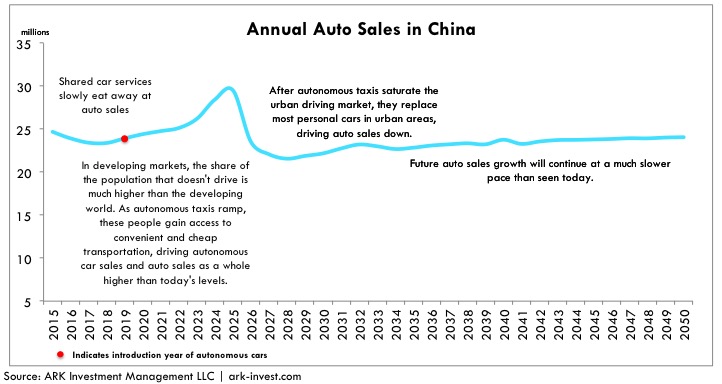 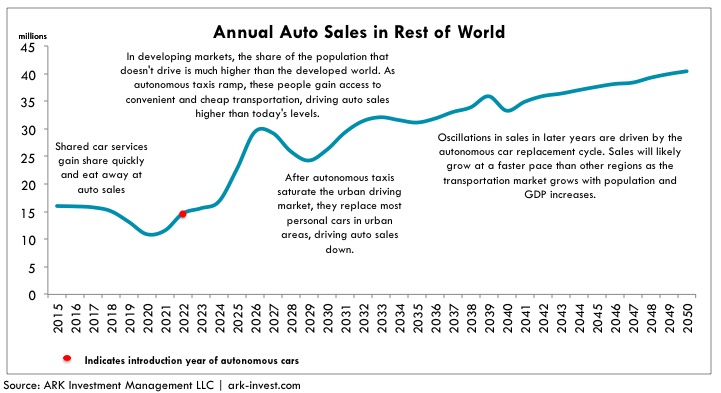 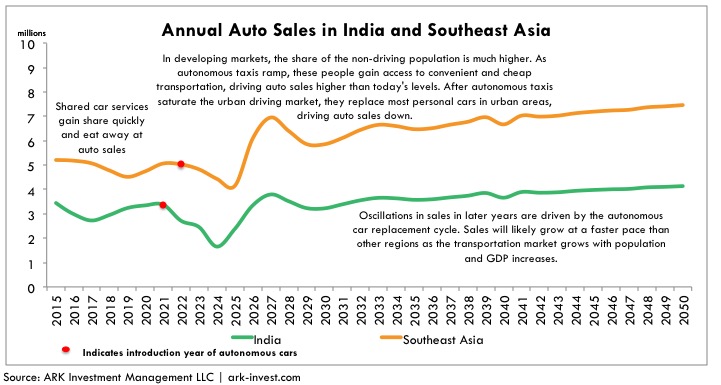 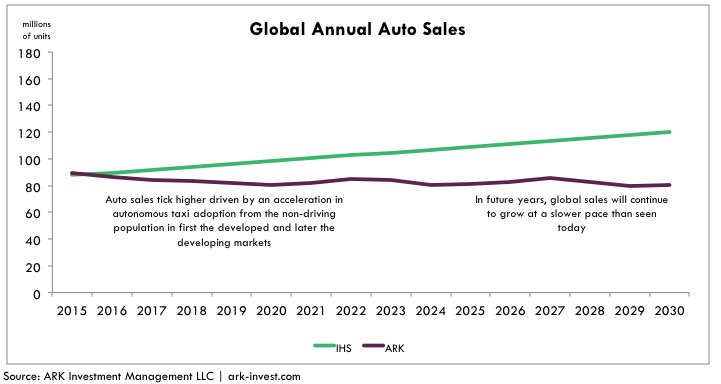 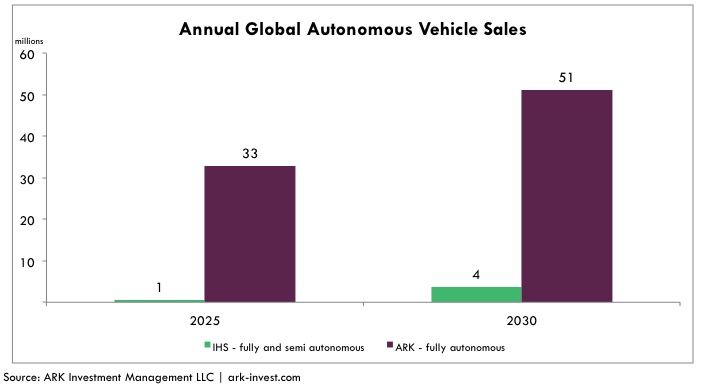 Although the number of cars on the road is likely to shrink, vehicle miles travelled could increase dramatically, as shown in the chart below, thanks to non-driving populations and the increased convenience of mobility-as-a-service. Consequently, while traffic will increase, autonomous vehicles will improve the efficiency of transportation with fewer human drivers. Even without shorter drive times, we think passengers may not mind waiting in traffic if they can watch NetflixNFLX or answer emails. 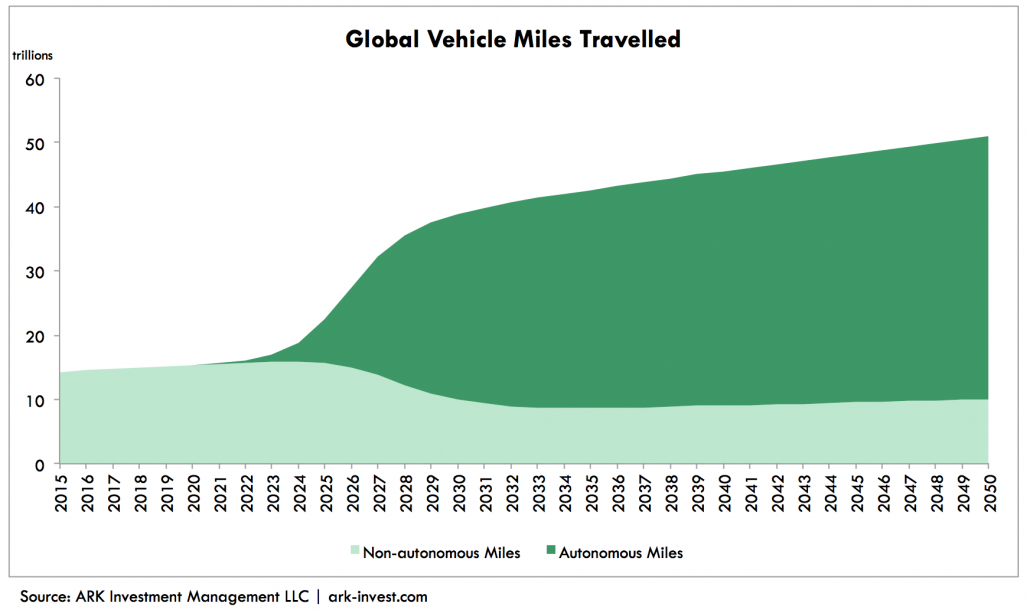 In sum, ARK expects global vehicle sales to be flat to down relative to today’s levels until 2030. Automakers will likely have to adapt to new business models in order to survive. In all likelihood, the shared autonomous cars market will be dominated by geographic monopolies, causing automakers to consolidate. Already, merger and acquisition activity in the auto industry has increased to $74.4 billion3 this past year, or three times the annual average over the last ten years. Manufacturers like FordF and GMGM may already have seen the writing on the wall and are pivoting to an autonomous strategy. While ARK views players like TeslaTSLA and GoogleGOOG as leaders in the autonomous space, incumbent automakers will attempt to catch up. Given how much they stand to lose, traditional auto manufacturers could put up quite a strong fight. 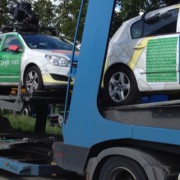 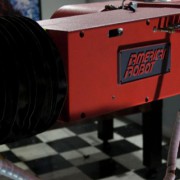 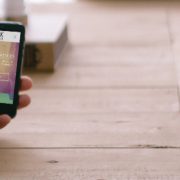 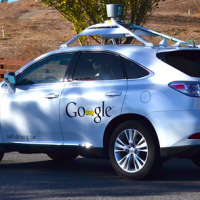 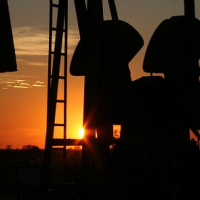 Will Global Oil Demand Peak Before 2020?
Scroll to top