Please enjoy ARK Disrupt Issue 82. This blog series is based on ARK Brainstorming, a weekly discussion between our CEO, Director of Research, thematic analysts, ARK’s theme developers, thought leaders, and investors. It is designed to present you with the most recent innovation takeaways and to keep you engaged in an ongoing discussion on investing in disruptive innovation. To read the previous issue, click here.

This week Bloomberg New Energy Finance (BNEF) released its updated electric vehicle (EV) outlook, as shown below. BNEF expects that EVs will reach price-parity with internal combustion engine (ICE) vehicles in 2025 and that EV sales will make up 54% of total light duty vehicle sales by 2040…another example of a forecasting agency increasing its EV sales estimate.

BNEF seems to be too conservative in its outlook for EV sales. ARK’s research suggests that price-parity between EVs and ICE vehicles will occur in the early 2020s, with EV sales approaching 17M at that time. Also interesting to note, BNEF expects global auto sales to rise from current levels around 90M units to 120M by 2040, whereas ARK expects auto sales to level off and stall as autonomous taxi platforms evolve.

BNEF and ARK do agree that EVs will take the market away from hybrids. Once EVs and ICEs reach price parity, hybrids will offer very few, if any, incremental benefits. Not only will the technology-related cost declines of EVs outpace those of hybrids significantly, but dual system hybrids will incur much higher maintenance costs than will EVs.

2. The Safety Profile of CRISPR-Cas9 Gene Editing Has Increased Significantly

This week, Professor Jennifer Doudna at UC Berkeley published a paper describing a bio-safety lock for the CRISPR-Cas9 gene editing system.  We have been waiting for this improvement to CRISPR-Cas9, as it will reduce off-target outcomes and enhance its safety profile significantly.

As background, CRISPR edits the genome in two stages. First, a guide molecule finds the mutated DNA sequence in the genome. Then, another molecule cuts the DNA and corrects it.

Recently, Professor Doudna identified two proteins responsible for activating the cutting function.  When one protein receives a signal that CRISPR has located the target sequence, it activates a catalytic protein to direct the DNA cutting.

Re-engineering these two proteins, the Doudna group incorporated “proofreading” into the CRISPR system. The first protein acts as “spellchecker” to confirm that the target sequence is correct.  If it is not, the second protein cannot activate the cutting process. In other words, Professor Doudna’s team has added a layer of security to CRISPR before it can edit DNA permanently.  This bio-safety lock should reduce off-target outcomes dramatically, enhancing the CRISPR-Cas9 gene editing system.

The chart below illustrates the added safety profile that Doudna’s team has engineered. The less red in the graphs…the better the safety profile. Figure d depicts the results of the original CRISPR-Cas9 system, while figures e and f depict those of the enhanced versions of CRSIPR. Red signifies a DNA cut, while green illustrates the absence of DNA edits.

The UC system and the Broad Institute consortium are in an intense race to outpace one another in obtaining CRISPR IP rights. While Professor Doudna’s discovery could give the UC system a competitive edge, we are encouraged by talks surfacing around standards and cross-licensing.

Credit rating agencies are changing their scoring systems, but not because of changing consumer behavior. Instead, Equifax, TransUnion, and Experian, the nation’s leading credit agencies, will drop tax liens and civil judgments from consumer profiles.  According to CNBC, “Of about 220 million Americans with a credit profile, approximately 7% have liens or civil judgments against them.” According to the New York Times, “The change stems from a lengthy crusade by consumer advocates and government officials to force the credit bureaus to improve the accuracy of their reports, which are often speckled with errors.” The change should improve upon the accuracy of reports by removing information that often is wrong or outdated, making it easier for consumers to qualify for loans.

Needless to say, this change also could add risk to the system. Industry experts predict that removing this information will cause credit scores to rise by up to 20 points. Thus, some borrowers could appear more credit worthy than they actually are if lenders are not aware of changes in the scoring system.

As a result, new entrants including SquareSQ Capital and AmazonAMZN Lending might be at a competitive advantage to traditional lenders as they base algorithms on their own consumer and business data to evaluate credit worthiness. With machine learning and other forms of artificial intelligence, credit rating systems also could capitalize on the massive amounts of data they have collected over time, but they will have to reconfigure their systems and processes to do so.

China has leveraged upon mobile online ecosystems to develop innovative financial products and leapfrog traditional financial services.  Zhong An, for example, offers insurance products that integrate seamlessly into everyday consumption. By embedding insurance products into ecosystems like Alibaba’sBABA Taobao and TenCent’sTCEHY WeChat since its debut in 2013, Zhong An has sold over 7.2 billion (yes, billion) policies.

Breakdown of Insurance by Ecosystem

Zhong An is recognized not only for its partnerships but also for its extensive focus on technology. It has developed cutting edge insurance products with technologies like artificial intelligence (AI), blockchain, and big data. Most interesting are its blockchain products called “T-Series” focused on identity verification, digital asset circulation, and data storage. According to a filing on the Hong Kong Stock Exchange, Zhong An developed a blockchain protocol named Ann-Chain for such applications.

Thanks to partnerships with Internet giants like Tencent, Ant Financial, and Alibaba, Zhong An has been able to scale.  The rise of companies like Zhong An highlights China’s regulatory environment which is encouraging innovation, effective “go to market” models, and rapid scaling of new products and services.

5. Is AMD’s Epyc CPU A Return to Form in the Datacenter?

After struggling for a number of years, AMDAMD – the only notable semiconductor company other than IntelINTC producing x86 CPUs – does seem to be returning to form. Its Ryzen desktop CPUs are a hit with gamers, with two models now ranking among the top ten on Amazon.

More exciting is Epyc, its CPU targeted at the datacenter market. Compared to Intel’s Xeon processors, AMD claims that Epyc offers not only significant performance improvements but also lower total cost of ownership. After peaking at 25% of the x86 server CPU market at its peak more than ten years ago, AMD has dropped back to almost zero share. If Epyc were to reclaim even a silver of the $14 billion market, it would do wonders for AMD’s $4.5-5 billion in revenues this year and next.

As shown above, AMD is using multi-chip-modules (MCMs) to manufacturer its Epyc CPUs. As chips get larger, they become costlier to produce. MCMs allow smaller chips to work together, emulating the performance of a large chip. AMD’s Epyc processor packs four chips onto one package, giving AMD an edge over Intel, which focuses on a large single chip. As they face the upper limit of chip manufacturing, AMD, Intel, and others will have little choice but to incorporate more MCM designs into future roadmaps. 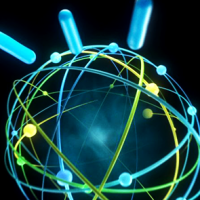 How Much Artificial Intelligence Does IBM Watson Have?
Scroll to top