Please enjoy ARK Disrupt Issue 79. This blog series is based on ARK Brainstorming, a weekly discussion between our CEO, Director of Research, thematic analysts, ARK’s theme developers, thought leaders, and investors. It is designed to present you with the most recent innovation takeaways and to keep you engaged in an ongoing discussion on investing in disruptive innovation. To read the previous issue, click here.

1. Striking An Agreement With Whole Foods, Amazon Goes After The $5 Trillion Grocery Market

Since its founding, AmazonAMZN has been eating retail, vertical by vertical: it has conquered books, DVDs, electronics, consumer goods, apparel, and other categories, growing retail revenues to more than $100 billion a year. Thus far, however, Amazon hasn’t had much success selling perishable food. Well, this week’s $13 billion Whole Foods acquisition will expand Amazon’s addressable market to groceries, a market worth $600B in the US and $5 trillion globally.

Amazon’s shareholders seem to like the deal, as Amazon’s stock closed 2.4% higher on Friday while the rest of the grocery sector tumbled.

The drumbeat of initial-cryptoasset-offerings (ICOs) continued this week, with Bancor raising more than $150 million in a crowdfunding effort that exceeded the DAO’s infamous raise more than one year ago. Coincidentally, June 17th was the one-year anniversary of the DAO Hack. Well-known investors participated in Bancor’s sale, including Blockchain Capital and Tim Draper. You can find a summary of the thinking behind Blockchain Capital’s decision to participate here. While the size of the sale was surprisingly large, we do believe that the Bancor team is top-notch and find the idea of providing liquidity to the long tail of cryptoassets intriguing

Meanwhile, on a more macro scale ICOs continue to abound.  Because most ICOs use Ethereum as their platform of choice, each new one pulls more ether out of the “float”, something we can monitor given the transparency of blockchains. Currently, Etherscan estimates the amount at roughly $5 billion worth of ether, or around 15% of the float. With each new ICO, more ether leaves the float whether or not the team behind its creation is high quality or not. We shared our thoughts on the impact of new ICOs on Ethereum in this post on Twitter, as well as in a Bloomberg Odd Lots podcast with Joe Weisenthal.

AmazonAMZN has been offering perks to entice more consumers to shop on Amazon through Amazon Prime. Amazon Cash, for example, “allows consumers to add cash to their Amazon.com balance by showing a barcode at a participating retailer, then having the cash applied immediately to their online Amazon account,1” and the Amazon Prime Rewards Visa card offers a 5%  rebate on Prime member purchases.

This week, Amazon announced the launch of Amazon Prime Reload, giving Prime members a 2% rebate if they use a debit card to load funds onto and pay for purchases from their Amazon balance. To participate in this program and earn rewards, Prime members providing a US bank account, a routing number, a debit card number and US driver’s license number can load their Amazon balances and make purchases.

Not only will this program encourage existing customers to maintain funds in their Amazon accounts, but it also will give Amazon an opportunity to attract lower-income shoppers with no access to credit cards and loyalty points.2

This week Tim Cook confirmed that AppleAAPL is working on an autonomous vehicle system. While confirming its commitment to self-driving cars, Cook claimed that “there are others” in its autonomous strategy.  Perhaps he was referring to drones and other robotics applications.

While Apple is testing fewer than 10 autonomous cars on public roads around San Francisco, Meanwhile, GoogleGOOG and Cruise Automation are testing hundreds of autonomous vehicles while TeslaTSLA is collecting data from thousands of vehicles equipped with Autopilot. In other words, Apple is likely years behind competition.

Apple has also invested $1 billion in Didi Chuxing, the Chinese ridesharing company. ARK believes that China could be a much larger market than the US for autonomous taxis, putting Didi in a favorable position as the Chinese government will likely favor a local winner. Even if Apple’s own efforts fail, it could reap the benefits of Didi’s success in China.

During an EvercoreISI conference call this week, Dr. Niall Lennon from the Broad Institute shared some of his thoughts on DNA sequencing. Today, the cost to sequence an entire human genome is roughly $1000. Illumina’s next generation sequencer, NovaSeq, should lower these costs by 10 fold during the next three to five years.

While NovaSeq’s adoption could be hampered in the short term by the the transition to a new sequencing chemistry, its 35-55% cost trajectory decline per year should inspire use cases that we can’t imagine at this time. For example, users probably will be able to analyze RNA and proteomics data in addition to DNA data.

Whole genome sequencing (WGS) studies of newborns have become a priority in the research community, a prime use case for Novaseq. Once validated, these studies should turbocharge not only the number of base pairs of DNA sequenced but also RNA and proteomics data. 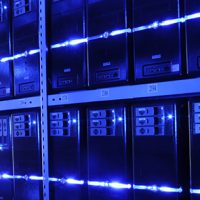 How Large Is the Deep Learning Data Center Market?
Scroll to top