Please enjoy ARK Disrupt Issue 78. This blog series is based on ARK Brainstorming, a weekly discussion between our CEO, Director of Research, thematic analysts, ARK’s theme developers, thought leaders, and investors. It is designed to present you with the most recent innovation takeaways and to keep you engaged in an ongoing discussion on investing in disruptive innovation. To read the previous issue, click here.

1. The Wild Ride for Cryptoassets Continues

Cryptoassets continue to ride a rocket strapped to a rollercoaster, as Bitcoin approaches a $50 billion network value while Ethereum pushes past $30 billion. Together, the two may be more valuable than Netflix, but they are approaching only a tenth the value of AppleAAPL. Some say, “Ridiculous!”…others, “Early days!”

As always, cryptoassets face both interesting risks and opportunities. For example, Bitcoin is facing a software update on August 1st which will boost its transaction capacity via segregated witness.  If a majority of bitcoin miners do not signal support for this software update, then Bitcoin will split into two chains, much like Ethereum and Ethereum Classic.

While not thrilled at the prospect of a chain-split, we do have conviction in Bitcoin as a resilient, antifragile system. While some view blockchain architectures as static structures that break when changed, we believe they are living systems that benefit from stress and volatility over time…up to a point.  Focused on that point, we will monitor closely the stress that the changes on August 1st will impose upon Bitcoin.

Amazon’s Echo smart speaker clearly caught AppleAAPL off guard. According to various estimates, AmazonAMZN has sold 11 million units, roughly one for every ten US households, in the US. Users love them, giving them 4.4/5 stars on Amazon, and companies from FordF to GEGE have integrated Alexa voice based software into many of their products.

This week, Apple fired back with its own smart speaker called HomePod. Apple positioned HomePod first and foremost as a terrific speaker, built with seven “horn-loaded” tweeters and a dedicated woofer for punchy bass. With an Apple A8 chip, HomePod is a computer, not a dumb peripheral, whereas both Amazon Echo and Google Home use simple media processing chips. As a result, in the not to distant future, HomePod will be able to offer powerful applications like responses to voice commands without facing challenges associated with the latency of the cloud.

At $349, the HomePod is twice the price of other smart speakers but, from a certain perspective, it could be compelling. Compared to Sonos’s premium single speakers, priced at $199–$499, for example, the HomePod is priced attractively. With 600m customers, Apple could add roughly $21 billion in revenues if 10% of them were to purchase a HomePod!

3. China Is Leading the Way in Mobile Payments

China is spearheading the mobile payment revolution, thanks to its adoption of Quick Response (QR) codes and social payments. Consequently, China’s mobile payments account for roughly half of its GDP, as shown below.

Leading the mobile payment market in China are companies like TencentTCEHY and AlibabaBABA. Both have integrated payments seamlessly into their ecommerce and social networking platforms. Tencent, for example, has incorporated QR code payments, mini programs, and gifting services into its messaging app, WeChat, turbocharging the adoption of its platform, as shown below.

With a customer base of 900 million and a sophisticated mobile payment ecosystem, Tencent has a unique opportunity to drive “conversational commerce,” supporting fast growing business models like bike sharing, ride sharing and live stream tipping, many of which thrive on micropayments as low as $0.01 per transaction.

Take a look at one of Boston Dynamics’s robots in action by watching the video here.

5. The Holy GRAIL Is Coming Into Focus

Researchers from Memorial Sloan Kettering Cancer Center (MSKCC) and GRAIL, a molecular diagnostics spinout from IlluminaILMN, announced the results of their latest liquid biopsy study this week. The ultimate goal of GRAIL is to develop and commercialize a blood biopsy test capable of detecting early stage cancer in healthy individuals.

According to Genomeweb, investigators reported that “when they sequenced a larger portion of the genome – 508 genes – at a higher depth – 60,000x coverage – they could find at least one circulating cancer mutation in about 90% of patients, and could detect nearly 75% of the genetic changes known to be present in these patients’ tumors overall.”

This study provides the strongest results to date of early stage cancer detection. That said, worth noting, “different tumor types [such as breast, lung, and prostate], may present varying challenges to early detection via circulating DNA.” On the other hand, Alex Aravanis, head of R&D at GRAIL noted, “these encouraging results showed our high-intensity sequencing approach is able to detect a broad range of tumor mutations in the bloodstream with high levels of concordance with all mutations detected in tumor tissue.” 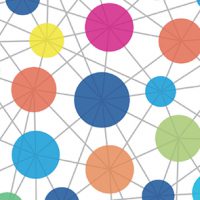