Please enjoy ARK Disrupt Issue 72. This blog series is based on ARK Brainstorming, a weekly discussion between our CEO, Director of Research, thematic analysts, ARK’s theme developers, thought leaders, and investors. It is designed to present you with the most recent innovation takeaways and to keep you engaged in an ongoing discussion on investing in disruptive innovation. To read the previous issue, click here.

1. Instagram Hit 700 Million Users, and Could Cross 1 Billion by Next Year

This week InstagramFB reached 700 million monthly active users (MAUs), and now is more than twice as popular as SnapchatSNAP and TwitterTWTR. Instagram’s growth rate has accelerated since it has rolled out features that had debuted originally on Snapchat. Most notably, in August 2016 it launched Stories, a fun way to share photos and videos that disappear after 24 hours. Although Snapchat invented the concept, today Stories is more popular on Instagram than on Snapchat, as measured by MAUs, thanks to its larger installed base.

In earlier research, we estimated Instagram might reach 650 million users at maturity. Clearly, we were wrong. The key lessoned learned here is that a social network’s trajectory does not conform necessarily to the best fit of a curve, but can deviate significantly based on the effectiveness of its product evolution. Instagram has reinvented itself deftly during the past year. At this rate, it should be the next Facebook network to hit one billion users by the end of 2018.

2. Amazon, a Leader in India’s Ecommerce Marketplaces, Is Doubling Down on Its Investments

AmazonAMZN has been investing aggressively in India’s burgeoning ecommerce market, and is finding great success, as shown in the chart below. Because of the competitive nature of this market, disclosures are few and far between. That said, we do know that, by customizing content and increasing the selection of its products by 75% for customers paying an annual fee, Amazon’s Prime member subscriber base reached 6 million within six months of launching in India!1

This significant momentum highlights the propensity for Amazon Prime members in India, as in the US and elsewhere, to pay for quick and convenient deliveries. Amazon Prime has become a potent competitive weapon against local competitors in India like Snapdeal, Flipkart, and Paytm. Adding to its competitive momentum, Amazon recently received a digital wallet license that will minimize the friction associated with online transactions and payments.

With Amazon mobile wallet, consumers will be able to move seamlessly through the online shopping funnel, thanks to automated know-your-customer (KYC) and authentication for merchants. As important, these wallets will attract customers who have been forced to abandon cash after the Indian government’s demonetization program during the last six months. Focused on this void in the payments space, Amazon should be able to leverage Amazon Pay, gift cards, and digital wallets to gain significant market share in India.

3. Blockchains Could Play An Important Role in Machine Learning

This week we took a break from discussing cryptoasset market action and focused instead on an interesting article written by Fred Ehrsam, co-founder of Coinbase, titled: “Blockchains are a data buffet for AIs.” Because of their transparent and their immutable recording of activity over time, blockchains could provide the data to train machine learning algorithms. Fred argues that “AIs trained on open data are more likely to be neutral and trustworthy instead of biased by the interests of the corporation who created and trained them.”

Data aggregators like Facebook, Amazon, NetflixNFLX, GoogleGOOG and others could find their massive data sets – and business models – increasingly challenged by these open data structures. Open sourced hardware and software have paved the way for open sourced data.

Meanwhile, Ethereum crossed the $6 billion market cap this week, while bitcoin pushed through $20 billion and the cryptoasset space as a whole is approaching $35 billion. We are witnessing the evolution of a new asset class.

4. Autonomous Car Services Could Be Ready For Prime Time

Google’s Waymo is preparing to open its self-driving cars in Phoenix to public transportation, its first step toward commercializing its autonomous car service. While Google probably has the best autonomous car technology in the market, TeslaTSLA has been more aggressive in its commercialization efforts. Tesla is using its customer fleet to test and improve its autonomous driving systems through its Autopilot program.

Google’s Phoenix pilot should give it more real world data to train its autonomous cars. Participants must apply to join the pilot, and if accepted, will gain access to the Waymo fleet in Phoenix “every day, at any time,” much like a subscription ridesharing service.

Waymo also is adding an additional 500 Fiat Pacifica Hybrid minivans to its self-driving car fleet, bringing the total fleet size to around 650 cars in the US, including 20 Lexus SUVs, 30 Google pod cars, and 600 Fiat minivans. Google will have the largest test fleet of autonomous cars in the US, with GM’s Cruise Automation in second place at around 350 cars. With a larger fleet, Google will have a bigger data library and more cases to train its cars.

Fiat’s earnings call this week confirmed that it is relying on Google for autonomous technology, although it is open to other partnerships and may strike a deal with Baidu in China. Honda was also rumored to be in talks with Googe’s Waymo for an autonomous partnership. ARK anticipates that more automakers will partner with Google as they realize the difficulty of building their own platform.

5. What Is Going On with Illumina and Index-Swapping?

Led by IlluminaILMN, next generation sequencing technology has improved dramatically recently, albeit with some growing pains. Recently, the life science’s community has highlighted an error known as index-hopping or -swapping during RNA sequencing: “reads from sample A in an A:B mix will contain a small percentage of reads from sample B and vice versa,” according to genomics blog Enseqlopedia.com. While not a problem for most experiments, index-swapping could be problematic for a few, particularly those involving tiny amounts of RNA.

The issue of cross-contamination, discussed somewhat esoterically after Illumina introduced its ExAmp technology, took on more importance after a researcher from Stanford, Rahul Sinha, published his findings about the problem on BioRxiv in April 2017. According to a white paper subsequently published by Illumina in April, “exclusion amplification (ExAmp) chemistry and pattern flow cell technology [is] a significant advance in NGS technology that resulted in increased data output, reduced cost, and faster run times,” and helped enable the $1000 genome. At the same time, Illumina also noted that the technology does result occasionally in higher levels of index swapping, in the 0.1 – 2% range.

While potentially an issue for a small percentage of researchers, Illumina is not minimizing the importance of index-swapping and addressed it during its first quarter earnings call, confirming that it is working with customers to understand the situation and share best practices. Furthermore, in a white paper, Illumina highlighted that it is working on a permanent solution for index-swapping and does not expect it to impede the progress of NovaSeq, its next generation sequencer. According to ARK’s research, NovaSeq is on course to sequence a whole human genome for $100 around the turn of the decade, adding its access to the global population. 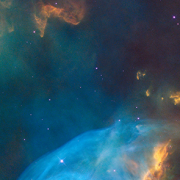 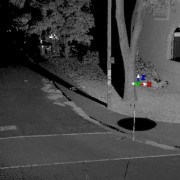 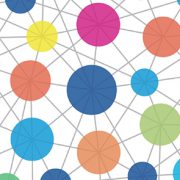 Tweets by @ARKinvest
mARKet update: ARK’s view on the Market & Next Generation Internet...

Data from Cash Disruption: A Clear Advantage for Fintech Firms
Scroll to top