Please enjoy ARK Disrupt Issue 64. This blog series is based on ARK Brainstorming, a weekly discussion between our CEO, Director of Research, thematic analysts, ARK’s theme developers, thought leaders, and investors. It is designed to present you with the most recent innovation takeaways and to keep you engaged in an ongoing discussion on investing in disruptive innovation. To read the previous issue, click here.

The markets devoured SnapSNAP during its initial public offering (IPO) this week, sending it soaring nearly 60% from $17 to $27.

By most standards, Snap’s valuation is anywhere from high to outrageously high, even more so when incorporating potential dilution. Today, Snap’s basic share count is 1.16 billion which, at $27 per share, values its stock at $31 billion, or 31x estimated 2017 sales…nearly 10 times the price-to-sales ratio of the NASDAQ.

Adding another dimension to this valuation, Snap had issued 237 million in stock options and restricted stock as of December 2016, with another 402 million earmarked for 2017. If converted into common stock, these shares would boost the potential outstanding share count by 55% to almost 1.8 billion, pushing Snap’s potential fully diluted market capitalization to $48.6 billion, nearly 50x estimated 2017 sales, as shown below. While startling, anything is possible.

A recent abstract highlights that Exact Sciences and the Mayo Clinic have teamed up to develop a promising blood-based test for lung cancer. The AACR abstract “highlights methylation markers capable of detecting all types of lung cancer with more than 90% sensitivity and specificity.” The results will be presented on April 2, 2017.

Lung cancer is the leading cause of death among cancer patients, killing nearly 160,000 people in the US alone each year. As with most cancers, early diagnosis is imperative to increasing survival rates.

A common form of screening for lung cancer, approved for smokers and other high risk patients, is low dose CT screening. Unfortunately, low dose CT screening results often include indeterminate lung nodules – not clearly benign or cancerous – and lead to more tests. VeracyteVCYT addresses this problem with its Percepta Bronchial Genomic Classifier, which “analyzes genomic changes that occur in the airways of current or former smokers to assess a patient’s risk of having lung cancer, without the need to test the often-hard-to-reach nodule directly.”

That said, Exact Sciences and the Mayo Clinic could offer another solution to early detection with their new methylated DNA markers. According to Dr. David Midthun of the Mayo Clinic, “This plasma DNA test approach appears to be a promising method and may serve as a rational follow-up to the common findings of lung nodules on CT scanning.” ARK is invigorated by the research community’s focus on and progress toward tests for the early and accurate diagnosis of lung cancer.

3. Space News Is Making The Rounds

The space industry broke lots of news last week. Here are four of the most important stories:

Clearly, the private space race has begun. Led by visionaries and colorful figures like Masayoshi Son (Softbank), Elon Musk (SpaceX), Jeff Bezos (Blue Origin), and Richard Branson (Virgin Galactic), the space race should be fascinating and entertaining, if not breath-taking!

4. Financial Inclusion Has Come Along Way, But Has A Long Road To Hoe

Financial inclusion may be one of the best solutions to economic development and the elimination of poverty. An imperative in this movement is the access to financial services, including savings, credit, and payment services. On that score, the news is good. A recent World Bank report1 on financial inclusion revealed that 62% of adults around the world have access to financial services through a bank or a mobile money provider. Since 2011, 700 million adults have gained such access.

While other measures of access to payment instruments like debit and credit cards also are reassuring, the gap between “access” and “usage”2 is provocative and somewhat concerning, as shown in the charts below. For example, while 38% of adults around the world have a debit card, only 22% of them actually use one, a gap of more than 40%. Credit card penetration and usage are much lower, at 17% and 14%, respectively.

Perhaps the discomfort with and difficulty of using physical debit and credit cards are signaling the market potential for mobile payments. With accelerating smart phone penetration, mobile based financial products could be the game changer for financial inclusion. 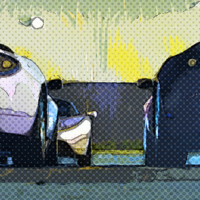 Electric Vehicle Sales Forecasts Are Taking Off
Scroll to top