Please enjoy ARK Disrupt Issue 144. This blog series is based on ARK Brainstorming, a weekly discussion between our CEO, Director of Research, thematic analysts, ARK’s theme developers, thought leaders, and investors. It is designed to present you with the most recent innovation takeaways and to keep you engaged in an ongoing discussion on investing in disruptive innovation. To read the previous issue, click here.

1. Tesla’s Gigafactory Is Two Years Ahead of Its Original Schedule

Despite Elon Musk’s recent SEC troubles, settled yesterday, TeslaTSLA is ahead of its strategic plan according to some important metrics. This week PanasonicPCRFY announced that it is planning to add three production lines to the Gigafactory, increasing its capacity to 35 GWh by the end of this year. When it first announced the Gigafactory with Panasonic in 2013, Tesla was aiming for 35 GWh of battery cell production by 2020, supporting production of 500,000 vehicles a year.

Today, the Gigafactory is 30% of the footprint Tesla envisioned originally, giving it more degrees of freedom to supply autos, homes and utilities during the next few years. At 35 GWh, its capacity will be two years ahead of schedule by the end of this year, supporting Musk’s claims the Gigafactory should be able to produce 150 GWh per year once it is complete. Cars could account for half of the capacity, and energy storage units for utilities and homes the balance.

Earlier this year, batteries were the bottleneck for Model 3 production. Now, Panasonic is on track to put the Gigafactory two years ahead of schedule, accommodating the pace of innovation.

Mobile payments and digital wallets are enhancing not only the payments experience but also financial inclusion. Thanks to products like AlipayBABA and WeChat PayTCEHY, China has enjoyed rapid adoption, as mobile payments accounted for roughly $15 trillion last year, or more than 120% of GDP.

Among the enablers for mobile payments are the increased penetration of smart phones, mobile internet, near field communications (NFC), and biometrics. Regulations in China and other emerging markets, particularly in India, Japan, and South Korea, also are contributing to their adoption.

According to recent data from Bank of South Korea, mobile payments have increased to 130 billion1 USD, jumping from 1% of GDP in 2017 to approximately 9% in 2018. Fintech companies including Kakao and Toss have been prime movers, as shown below. Kakao Pay is embedding payment capabilities for ridesharing, videos, content, and games, among other services, all of which contributed $1.75 billion to its revenue in August, up 10% from July. In other words, mobile payments in Korea are enjoying exponential growth.

3. A Look Into the Current State of Bitcoin’s Mining Pool Concentration

Increasing the difficulty of mining profitably, especially for solo miners and hobbyists, has been the transition in semiconductor traction from CPUs to GPUs to FPGAs to ASICs. Mining pools allow miners to “pool” their resources, increasing the likelihood of finding the golden hash, or solving the cryptographic problem, faster. Miners receive rewards in proportion to the amount of work they contribute to finding the hash.

Current hash rates show some concentration among mining pools but are distributed fairly well otherwise, as shown below. The top four mining pools capture more than 51% of the network’s hash power. Notably, Bitmain not only runs both AntPool and BTC.com but also owns a stake in ViaBTC.

We have analyzed two variations of the HHI, the first attributing “Unknown” to a single entity and the second to several mining pools. As shown below, the only instance of concentration as measured by the HHI was in early 2013 at 3000, which since has declined to 1200.

In all likelihood, “Unknown” represents a number of mining pools. As shown below, the second HHI assumes that “Unknown” consists of 15 mining pools. In this context, Bitcoin mining pools never have been a “concentrated marketplace”. Since 2013, the HHI has hovered between 700 and 1,700, averaging 1,228.

4. Routine Sequencing Could Save Lives and Cut Healthcare Costs

Debates on the clinical utility of gene sequencing as part of routine health check-ups have centered on costs and clinical outcomes. ARK believes that these debates will end soon in favor of the adoption of routine sequencing, as costs continue to plummet towards $100 per whole human genome by 2021, and as studies appear to indicate that genetic diseases are much more prevalent than current tests would suggest.

In a study conducted by Geisinger Health System, researchers sequenced 50,267 exomes—the protein coding regions of the human genome—to detect the presence of BRCA1/2 variant carriers with the highest risk of developing cancer. While only 0.5% of patients (n=267) tested positive for the disease-associated variants in the BRCA1 and BRCA2 gene with traditional genetic tests, exome sequencing revealed that the prevalence of cancer was five times higher! Of the 89 patients with extensive family health records, roughly 50% would not have met guidelines for BRCA screening but eventually developed cancer.

Thankfully, exome sequencing helped researchers detect the cancers at an early stage. Sequencing also saved the healthcare system millions of dollars that otherwise would have been associated with complex late-stage cancer care. Geisinger has initiated a pilot study including 89 other genes related to cancer. At $400-$1500 per gene panel testing, exome sequencing will be much more cost-effective than treating late-stage cancer. 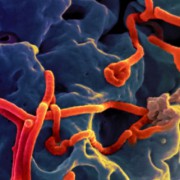 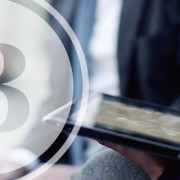