Please enjoy ARK Disrupt Issue 128. This blog series is based on ARK Brainstorming, a weekly discussion between our CEO, Director of Research, thematic analysts, ARK’s theme developers, thought leaders, and investors. It is designed to present you with the most recent innovation takeaways and to keep you engaged in an ongoing discussion on investing in disruptive innovation. To read the previous issue, click here.

1. The U.S. Recaptures the Supercomputing Crown with IBM’s “Summit” System

For the first time in five years, the U.S. is poised to recapture its lead in supercomputing from China, thanks to IBM’sIBM Summit system which will be housed at the Oak Ridge National Laboratory in Tennessee. Currently, the fastest supercomputer in the US is ranked #5 in the world, trailing systems from China, Switzerland, and Japan. Summit should be 60% faster than any other system today, with a peak performance of more than 200 petaflops, or quadrillion operations per second!

Summit is the first supercomputer in which artificial intelligence (AI)—specifically deep learning—is either augmenting or replacing traditional algorithms. Successful in consumer applications like the iPhone X, deep learning also is proving useful in physics simulations, drug discovery, and climate modeling. Among its first applications, Summit will sift through volumes of medical records and images, identifying relationships between various genes and cancer.

Summit’s system design relies on multiple GPUs to do the heavy lifting, offering a preview of the data center of the future. Each Summit server is powered by six NvidiaNVDA Volta GPUs and two IBM Power 9 CPUs, enabling high performance with few servers. With only 25% of the servers in its predecessor, Summit can deliver roughly 10x the performance.

The next major milestone for supercomputing will be a system even more dependent on GPUs and capable of 1,000 petaflops or 1 exaflop.

2. Is Venezuela Foreshadowing Other Financial Crises and an Important Role for Some Cryptocurrencies?

In Venezuela, person-to-person bitcoin trading has again elevated, as shown in the chart below. Apparently, the local population is resorting to the cryptocurrency as it tries desperately to protect its purchasing power and savings.

Threatening to ravage the country’s wealth, the Venezuelan bolivar is in full-fledged hyperinflation, with annualized rates topping  (6/6/18),  (6/7/18), 37,000% (6/8/18). At 37,000%, without hedging against inflation, millionaires would become thousandaires in one year, only to watch their purchasing power disintegrate to less than $10 during the following year.

While a tragedy for the Venezuelan people, hyperinflation highlights the role that certain cryptocurrencies could play both to benefit consumers and to challenge monetary authorities in countries at risk for hyperinflation.

By transferring fiat currencies into certain cryptocurrencies, consumers will be able to protect their savings against monetary mismanagement but, as their preference for cryptocurrencies causes an acceleration in the rate at which fiat changes hands, they will exacerbate the hyperinflation. Businesses probably will prefer cryptocurrencies over fiat as well, transforming the country into a cryptoconomy in which the local currency no longer serves as a unit of account and the central bank loses its relevance. In other words, the velocity of money will explode.

During the transition to a cryptoconomy, the local banking system is likely to fall into disarray as all of its loans and deposits inflate into meaninglessness, while at the same time it lacks the technical capability to custody new assets. Capital market participants also will be staring at assets that are cratering, with bonds denominated in local fiat worth pennies or less and dollar-denominated bonds rendered unpayable. Indeed, consumers and businesses having resorted to cryptocurrencies will be able to salvage more than bondholders.

In the worst case, contagion could topple other vulnerable monetary regimes around the world as local consumers and businesses begin to diversify into cryptoassets, if for no other reason than “insurance “ in the face of the Venezuelan news, while bondholders begin to unwind holdings to hedge against contagion.

We are watching this space carefully.

Japanese internet player, GMO Internet, has become an active player in the blockchain technology space. Group Director Masatoshi Kumagai has focused the company on Bitcoin technology and its potential to create a borderless economic zone. GMO operates its own exchange and mining operation.  It also pays a portion of employee salaries in bitcoin.

Since it started mining operations last September, GMO has mined more than 900 bitcoin and 500 bitcoin cash and has launched a new mining rig, the GMO Miner B2, which tops Bitmain’s Antminer S9 in performance. Designed to optimize the mining process for bitcoin and bitcoin cash and powered by leading edge 7 nanometer chips, GMO Miner B2 has a hash rate of 24 Th/s, 50%+ higher than the market leading Antminer S9 rig, though it consumes 50% more power at 1950W per unit as well.

GMO’s new rig will introduce much-needed competition to the crypto mining space which now is heavily dependent on Chinese chip designers and operators. Also, it likely will accelerate Bitmain’s move from 16nm to the next process node as competitive intensity in the cryptocurrency mining equipment space elevates.

4. Tesla Expects to Produce Battery Cells for Less Than $100/kWh This Year, Well Ahead of Schedule

The most important takeaway from its annual shareholder meeting was that TeslaTSLA expects battery costs to drop below $100/kWh at the cell level by the end of this year, and below $100/kWh at the battery pack level in the next two years, thanks to new chemistry, including less cobalt, in the Model 3 battery. If it hits the $100/kWh mark by the end of the year, Tesla should be roughly two years ahead of our forecast, as shown below, and ahead of the competition.

Among other highlights from Tesla’s annual shareholder meeting were the following:

AudiAUDVF is using the Stratasys SSYS J750 to prototype tail light covers, with estimates that 3D printing will cut prototyping lead times by 50%. Previously, Audi used milling or molding to produce multi-colored tail light covers in separate parts, which required assembly. The J750 allows for multicolor printing in one run, reducing the part count to one. Known for its innovation in lighting, Audi’s move to 3D printing may influence other automakers to follow.

More broadly, the 3D printing industry should benefit now that a major automaker is quantifying the prototyping time it is saving. While perhaps not suitable for mass volume manufacturing, 3D printing will be able to collapse the time between design and production not only for prototyping but also for custom parts, race cars, and aftermarket parts. As autonomous technology matures, we would not be surprised to see the number of vehicle form factors proliferate, leading to more use-specific manufacturing and lower volumes, both of which will be amenable to 3D printing. 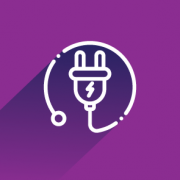 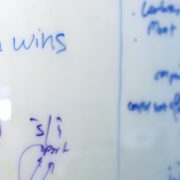 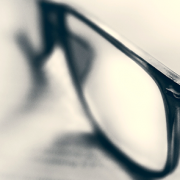 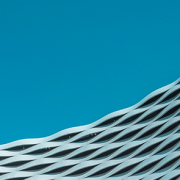 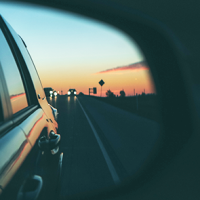 In the Rear-View Mirror, Self-Driving Cars May Be Closer Than They Appear
Scroll to top