Please enjoy ARK Disrupt Issue 120. This blog series is based on ARK Brainstorming, a weekly discussion between our CEO, Director of Research, thematic analysts, ARK’s theme developers, thought leaders, and investors. It is designed to present you with the most recent innovation takeaways and to keep you engaged in an ongoing discussion on investing in disruptive innovation. To read the previous issue, click here.

TeslaTSLA made a number of headlines this week, while Volkswagen appears to be getting serious about EVs.

This week, LiDAR startup Luminar shared some of its progress toward ensuring the safety of autonomous cars. Luminar’s LiDAR operates over a 200 meter range, farther than that of any competitor because of Indium-gallium arsenide (InGaAs) sensors which operate at longer wavelengths of light that are safer for human eyes. Detecting obstacles within 200 meters, Luminar’s LiDAR gives autonomous cars more time to steer and brake in dangerous driving conditions.

Luminar revealed that the cost of its InGaAs has dropped from thousands of dollars to $3, thanks to a significant reduction in the size of the sensor. As a result, by the end of this year Luminar expects to ramp to an annual run rate of 20,000 LiDARs, two times the 2017 production of Velodyne, which has been in production since 2006.

Partnered with ToyotaTM, Luminar seems to be benefitting from superior manufacturing expertise, enabling quick scaling. While LiDAR sensors are unlikely to be the gating factor to fully autonomous driving, they could add the extra measure of safety that will encourage companies like Toyota to commit to volume production of autonomous vehicles.

FacebookFB CEO Mark Zuckerberg endured two days of grueling questions from members of Congress and walked away relatively unscathed. With careful responses to frequently asked questions about privacy and data collection, he seemed more prepared than his interlocutors. Limited to five minutes each, Congressional members had little opportunity to probe, even if they had the knowledge and confidence to do so.

After weeks of tumult for Facebook, no news was good news, pointing to little regulatory change in the US. More focused on privacy, Europe will begin to enforce General Data Protection Regulation (GDPR) in May, which in our view will disadvantage smaller publishers, counterintuitively another positive for Facebook in the short term.

Technology regulation has been and will continue to be backward-looking. Facebook and GoogleGOOG are mature companies, victors from the era of the mobile/social internet. As was the case with MicrosoftMSFT in the previous generation, direct competition is unlikely to displace them.

Instead, a new technology platform, whether augmented reality or blockchain technology, will change the balance of power. As the world changes at an accelerated rate, regulation could become even less of a threat to innovation.

4. Apple Is Opening Up Its Payment Ecosystem and Embraces Ripple’s Interledger Protocol

ApplePay also will support Ripple’s Interledger Protocol, which aims to displace Swift for cross-border trading in the traditional banking system. While XRP, Ripple’s currency, is not well accepted by the cryptoasset world as a cryptocurrency, the Interledger Protocol which enables cross border trading in any fiat or cryptocurrency is gaining acceptance as an antidote to Swift’s old world, error prone technology.  As a result, AppleAAPL will be experimenting with cryptocurrencies in a way that most of us did not anticipate.

Scientists at Stanford University have developed a new way to mimic the complexity of human cancers in animal models efficiently. Using CRISPR and DNA barcoding technology, scientists are able to create multiple, genetically distinct tumors of one type of cancer in a single mouse, which is important because mutations in multiple genes typically are implicated in cancer. They determine how rapidly cancer proliferates and which therapies will be successful.

While there are ways to map these gene effects in cancer, they have been laborious and painstakingly slow. Historically, researchers would spend years cross-breeding the right strain of mice with the right genetic mutations, and then excising and weighing tumor masses.

Now, researchers can use CRISPR to create the right strain of mice by directly snipping the genes and then genetically tagging each tumor cell such that its barcode proliferates each time the cancer cell divides. With sequencing technology, scientists now can quantify which genetic alterations result in aggressive forms of cancer in an efficient manner.

The ramifications of this methodology are profound. For example, the Stanford group of researchers conducted their experiments using a few dozen mice in just a few months. They analyzed more genotypes of lung cancer tumors than the entire field has in the last 15 years. We are closer to eradicating debilitating diseases than we ever were before thanks to key technology platforms: sequencing and gene-editing. 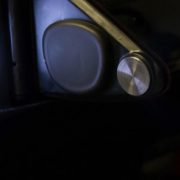 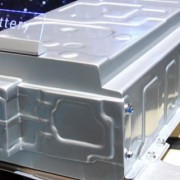 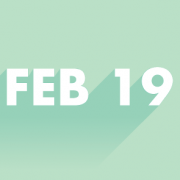 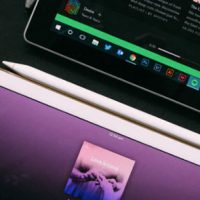 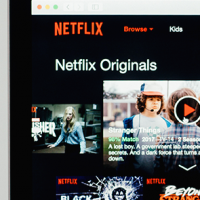