Please enjoy ARK Disrupt Issue 118. This blog series is based on ARK Brainstorming, a weekly discussion between our CEO, Director of Research, thematic analysts, ARK’s theme developers, thought leaders, and investors. It is designed to present you with the most recent innovation takeaways and to keep you engaged in an ongoing discussion on investing in disruptive innovation. To read the previous issue, click here.

1. A Fatal Crash Puts Tesla in the Spotlight

This week, a Tesla Model X crashed and caught fire, killing its driver. The National Transportation Safety Board (NTSB) is investigating the crash to learn if Tesla’sTSLA Autopilot was engaged, if batteries played a role in the fire, and if a crash attenuator in the median of the freeway could have mitigated the severity of the accident, perhaps saving a life.

Tesla released a blog post noting that, with Autopilot engaged, its cars had traveled that stretch of highway roughly 85,000 times without incident, and that “billions of miles of actual driving data show that a gas car in the United States is five times more likely to experience a fire than a Tesla vehicle.” Tesla also noted that a crash attenuator, which could have reduced the impact of the collision, seems to have disappeared from the segment of road in which the accident took place, as shown in the two images below. In other words, it appears the California Department of Transportation could bear much of the blame for this fatality, as it has oversight of the crash attenuators on California’s freeways.

*Please note: Since writing this piece, Tesla posted an update on the accident detailing new information that was obtained from the computer logs inside the vehicle. Notably, Autopilot was engaged. The driver received several visual and one audible hands-on warning earlier in the drive and the driver’s hands were not detected on the wheel for six seconds prior to the collision. It also was shown that the driver had roughly five seconds and 150 meters of unobstructed view of the concrete divider with the crushed crash attenuator, but no action was taken.

2. Waymo Orders Jaguars as It Plans for an Autonomous Taxi Platform

Waymo ordered 20,000 cars from JaguarTATA for its autonomous fleet. ARK believes that WaymoGOOGL is at the forefront of autonomous driving technology, but needs to gain scale to commercialize its service. The Jaguar deal is a significant step in the right direction.

Owned by India’s Tata Motors, Jaguar could be a better Waymo partner than Fiat. Fiat’s fleet of hybrid Pacifica Minivans, for example, has been subject to recalls. In addition, the Jaguar I-Pace is an all-electric platform, and according to ARK’s research, electric cars will be more economic than hybrids, thanks to lower operating costs and the declining cost curve associated with battery pack systems.

The Jaguar Announcement Offers New Clues to the Potential Utilization of Autonomous Cars
John Krafcik, head of Waymo, announced that the Jaguar I-Pace fleet could make 1 million trips per day. If these trips were to match Uber’s national average, 6.4 miles, at a rate of 25 mph1 on average, then the utilization rate of the Jaguar cars would be roughly 50%, in line with ARK’s estimates for autonomous taxis. Compared to the 5% capacity utilization of personal cars, which are parked most of the day, 50% is a 10-fold improvement. It also tops the utilization rate of taxis. In New York City, for example, taxis make roughly 30 trips on average per day, well below the 50 trips that Waymo’s estimates imply.2 Because utilization will be the primary determinant of price per mile, these estimates support ARK’s research conclusion that autonomous taxis will undercut significantly the prices of both taxis and personal cars, as shown below.

3. Nvidia Announces a New Chip… But it’s Not a GPU

This week at its annual GPU technology conference, NvidiaNVDA announced a new chip, but it’s not a GPU (Graphics Processing Unit). The new chip, NVSwitch, is a communication switch that allows multiple GPUs to work in concert at extremely high speeds. The first product to use NVSwitch will be Nvidia’s new DGX-2 deep learning server, a beast of a system with 16 GPUs connected by 12 NVSwitches. With peak performance of two quadrillion operations per second, the NVSwitch should become the most powerful deep learning computer in the world.

Nvidia built the NVSwitch to address the insatiable computational demands associated with deep learning. During the past five years, based on ARK’s research, deep learning networks and data sets have exploded in size and complexity, far outstripping processor performance. Nvidia’s V100 GPU is the largest chip that state-of-the-art semiconductor equipment can accommodate today. The NVSwitch will enable many GPUs – currently 16 but potentially many more – to work together.

The NVSwitch will distance Nvidia from the dozen or so companies developing competing AI (artificial intelligence) chips. While most are focused on their first chips, Nvidia is building out highly scalable AI systems which will be difficult to dislodge.

4. Uber Forays Into the Payments Space

Uber has confirmed that it recently applied for an e-money license in the Netherlands, its international headquarters. According to the European Commission, e-money allows users to make cashless payments with money stored on a card or phone. By applying for this license, Uber is working to transform its app into a mobile wallet, enabling expense-sharing and payments beyond those for ride-sharing, like Uber Eats. Uber also could be aiming to make payments between riders and drivers more seamless, improving its image and relationship with drivers while cutting out payments processors and lowering operating expenses.

5. Fintech Platforms Like Square Are Expanding Service Offerings to Serve Both Sellers and Buyers

SquareSQ has moved beyond processing payments into value add services like Square Capital, Square Cash, and other productivity tools for sellers and buyers. Late last year, it added bitcoin purchasing functionality to its Square Cash, and this month it enabled direct deposits of paychecks, enhancing its ability to serve under- and un-banked communities.

While many investors appreciate CRISPR (Clustered Regularly Interspaced Short Palindromic Repeats) as a genome editing tool, its role extends far beyond “dice and splice”. This week, researchers from the Netherlands published a paper characterizing CRISPR-Cas4, not to be confused with CRISPR-Cas9, and illustrated the more extensive role that CRISPR potentially could play.

While the Cas9 protein is involved in cutting and correcting DNA, the Cas4 protein is part of the process that creates DNA and genetic memory. CRISPR evolved from a bacterial immune defense system in which bacteria destroy viral invaders. Now we are beginning to understand how bacteria detect the invaders and remember the encounters. With Cas4, bacteria can record these encounters in their DNA, creating a permanent ledger of historical events.

Our understanding of Cas4 is rudimentary, but its potential applications are provocative. Not only will it timestamp key events, but it should be able to monitor how an individual’s body works and how it reacts to different kinds of bacteria. A Cas4 tool should be able to fight antibiotic resistance, an important use case addressing a significant unmet need. 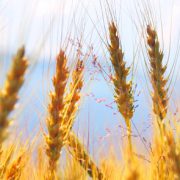 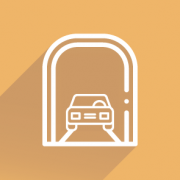 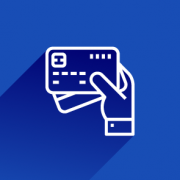 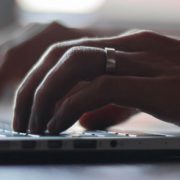