#270: No Longer Is Tesla Accepting Bitcoin As Payment for Its Cars, & More

1. No Longer Is Tesla Accepting Bitcoin As Payment for Its Cars

On Wednesday, roughly three months after its $1.5 billion investment in bitcoin, CEO Elon Musk announced on Twitter that Tesla will not accept bitcoin for the purchase of its vehicles any longer, citing concerns about Bitcoin mining’s reliance on fossil fuels. That said, Tesla is not selling any of the bitcoin on its balance sheet.

Tesla’s decision seems to have been triggered by private equity firm Greenidge’s plans to revive a coal power plant to mine bitcoin. Elon Musk referenced the announcement in a tweet. Subsequently, Greenidge clarified not only that its plant is powered by natural gas and feeds the grid but also that it bought carbon credits to offset the emissions.

In our view, the concerns around Bitcoin’s energy consumption are misguided. Contrary to consensus thinking, we believe the impact of bitcoin mining could become a net positive to the environment. With real-world data, we demonstrate how mining could impact the amount of renewable energy provisioned to the grid by transforming intermittent power resources into baseload generation by way of energy storage. We illustrate that renewables would be able to satisfy only 40% of the grid’s needs in the absence of Bitcoin mining but 99% with the commercial “subsidies” associated with Bitcoin mining.

ARK believes that proteomics—the large-scale study of proteins—is benefitting from an explosion in innovation. For decades, mass spectrometry has been the workhorse in analyzing proteins. Though powerful, mass spectrometry analyzes only one sample at a time, often with labor intensive sample preparation. In contrast, next-generation protein sequencing (NGPS) platforms are harnessing massive parallel processing power that can analyze millions of proteins simultaneously down to single-molecule resolution. Though nascent, NGPS platforms are likely to reach research and clinical utility in the near future.

That said, NGPS platforms are facing key design challenges. How many of the 20 amino acids will they be able to detect at launch? How long will the sequence reads be and will they enable or limit the ability of NGPS systems to analyze the human proteome? A recent paper simulated answers to these questions, concluding that even nascent NGPS systems could be potent additions to our proteomics toolkit. 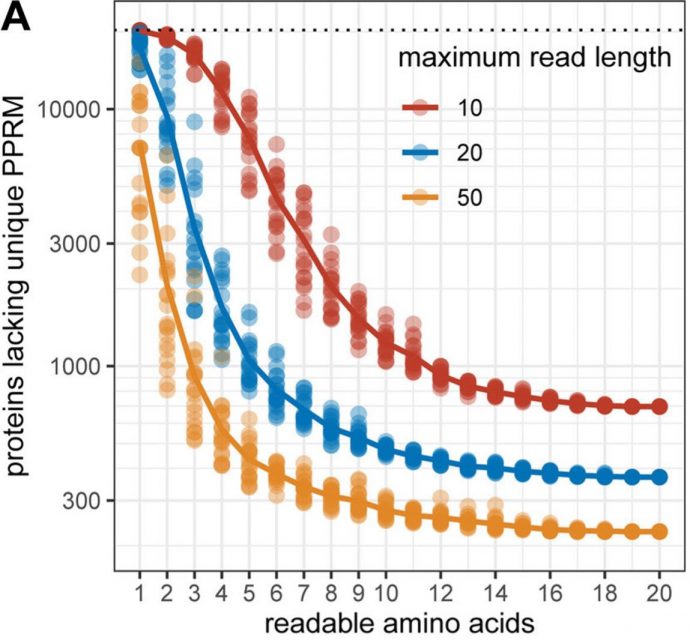 Ten large banks in the US are planning to grant consumer loans based on shared bank account data, according to a report from the Wall Street Journal (WSJ). Typically, banks have used FICO scores based on credit data to underwrite consumer loans. FICO scores are weighted by payment history (35%), amounts owed (30%), length of credit history (15%), new credit (10%) and credit mix (10%). After cutting back on loans aggressively during the depths of the COVID-19 pandemic, 29% of banks eased their underwriting standards for credit cards during the first quarter, according to the WSJ. Nonetheless, most banks suffered from exceptionally low loan growth.

Cash flow-based lending could help banks reverse the decline in their consumer lending. Cash flow lending refers to loans backed by past and future cash flows. For years fintech companies such as Square have used real time cash flow data collected from their small businesses to extend credit. Reportedly, in recent years banks also have been underwriting loans based on consumer cash flows but not with data sharing on account balances and overdraft histories, until now.

What is motivating the largest US banks to share valuable proprietary data with one another? While the WSJ ascribes it to a government initiative to extend credit to underserved borrowers, falling credit demand and a shift towards fintech lending also seem to be important reasons. Since the beginning of the pandemic, revolving consumer credit balances have dropped below $1 trillion, a level not seen since 2016. On its first quarter earnings call, Discover said that credit card payments were at their highest levels since 2000. At the same time, digital wallets and unsecured lending by way of services like Buy Now Pay Later also seem to be taking share, presenting a serious challenge to bank credit businesses.

4. Waymo Snafu Points to the High Costs of Servicing Its Autonomous Vehicles

A Waymo One car went rogue in Arizona recently, demonstrating the technical challenges and high costs of Waymo’s service. First, the autonomous Waymo vehicle was thrown off by a construction zone and stopped. Then, it started and stopped many times, blocking traffic, threatening the construction zone, and racing away from Waymo’s Roadside Assistance team before unlocking its doors and allowing a safety driver to enter. A Waymo Rider Support agent communicated with the passenger for roughly 20 minutes while its remote Fleet Response team sent driving instructions and Roadside Assistance raced to the vehicle.  Four Waymo team members attended to the vehicle for 20-30 minutes. The labor costs associated with this autonomous vehicle ride mounted by the minute.

Waymo responded to the video of the ride, stating that it has implemented operational fixes. ARK notes that this seemed to be an atypical ride. JJ Ricks, the YouTubing passenger, has taken 122 fully autonomous Waymo rides, only three of which have which required Roadside Assistance, according to his website. Still, Roadside Assistance costs seem to be quite high as Waymo confirmed in its response that helper vans are 2-5 miles away from every ride, with 2-3 vehicles always roaming close to the autonomous vehicles. High support costs could explain why Waymo’s rides are priced only 15% below UberX,[1] much higher than ARK’s estimate of 25 cents per mile for an autonomous taxi service at scale.

Waymo is the world’s first fully autonomous commercial driving service, which explains why it is facing so much scrutiny. It appears that Waymo’s next launch will be in San Francisco. Like other research teams focused on the promise of autonomous technology, ARK will look forward to measures of its success or failure in a much more densely populated city.

[1] Based on Tasha’s Waymo One ride. Checked comparable Uber rates for the same trip.