1. Convalescent Plasma Could Help in the Fight Against COVID-19

In emergencies, clinicians have used convalescent plasma to treat previous viral outbreaks like SARS, albeit in the absence of large, randomized clinical trials (RCTs). In our view, COVID-19 is an opportunity to conduct large RCTs, quantifying the antibody load in donated plasma and arming clinicians with the information to give the right recipient the right dose at the right time.

Because COVID-19 patients are immune-compromised, clinicians need to inactivate pathogens in convalescent plasma to prevent infections. This week, Cerus (CERS) announced the formation of a research group developing a convalescent plasma therapy protocol, including its INTERCEPT platform for pathogen inactivation.

With pathogen inactivation and the optimal antibody dose, ARK believes that convalescent plasma therapy could be a powerful treatment in the fight against COVID-19.

This week Redfin, a next generation real estate platform, said that the number of customers requesting physical home tours has dropped 27% year over year while the number of homes for sale has dropped 18%. Zillow reported that in markets classified as “shelter in place”, Premier Agents are reporting a 5% setback in revenues during the past few weeks.

In our view, the coronavirus will accelerate the real estate industry’s shift towards digital. Redfin.com reported, for example, that it now is showing nearly 1 in 3 homes remotely while Zillow has reported a surge in 3D tours.

Zillow also is offering real estate agents a free app to create 3D virtual tours, the only requirement being an iPhone 7 or higher. Neural Radiance Fields (NeRF) should improve virtual tours with more realistic shadows, colors and densities. Realistic 3D tours could replace physical tours and, at the same time, increase virtual traffic on phones or computers anywhere and anytime.

3. Cash App’s Viral Growth Could Help During the Coronavirus Crisis

According to our research, Square’s Cash App is gaining share from PayPal’s Venmo, as shown in this animation.  As illustrated previously, Cash App’s most rapid adoption in the US has been in the south where unbanked rates are the highest. Cash App not only accommodates peer-to-peer transactions but also provides users with free and easy-to-use banking/saving accounts and debit cards.

With access to the 8.4 million unbanked households in the US, Cash App could become an important financial conduit during the COVID-19 crisis. According to the US Government, the ~$3400 in direct bank deposit stimulus payments per family won’t reach households for three weeks while, for those not registered with the IRS, paper checks will take at least four months. After President Obama signed the Economic Stimulus Act of 2008, recipients didn’t receive checks for six months. Moreover, the check-based stimulus will boost revenues by roughly $1 billion for check-cashing companies that charge 5% per check.1

With unique access to data about the unbanked community, including KYC/AML (know your customer/anti-money laundering) and social security numbers, Cash App could distribute stimulus funds in days instead of months. In Jack Dorsey’s words: let innovative companies help the government during this crisis.

On March 9, Compugen (CGEN) reported  data from its eighth cohort Phase I dual arm study of COM701, an immune checkpoint inhibitor. One of the study arms is a monotherapy, or a single treatment of COM701, and the other a combination of COM701 and a PD1 inhibitor, Nivolumab. Last year, at the annual meeting of the Society for Immunotherapy of Cancers (SITC), Compugen reported antitumor activity, or stable disease, in the COM701 monotherapy arm in five out of six patients with micro-satellite stable colorectal cancer (MSS-CRC).

The updated data presented earlier this month was compelling for three reasons:

That said, the timeline from drug development to FDA approval is a long, arduous, and expensive but necessary process. Illustrated in the timeline below was Nivolumab’s 8-year journey from its first clinical trial to FDA approval. Since 2001, thanks to technological breakthroughs like DNA sequencing, timelines have compressed, raising the probability that Compugen’s pathway to approval (or failure) will be shorter. 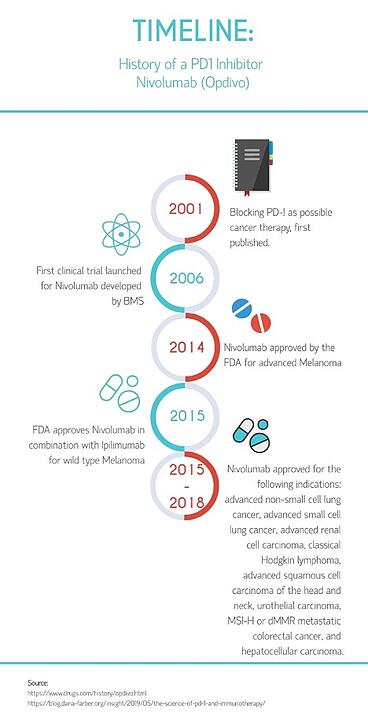 In early March, a natural gas peaker plant in upstate New York announced it was mining $50,000 worth of bitcoin a day. In response, ARK began researching the potential economics of peaker plants allocating their excess capacity to mining bitcoin. Operating only on the hottest and coldest days of the year, the capacity utilization of the average peaker plant in the US is just 10%.

If it were to generate electricity for bitcoin mining for the rest of the time, according to our estimates the average peaker plant could double the net present value of its expected cash flows while diversifying its revenue streams. Because of fluctuations in weather and electricity demand, peaker plant profits are highly variable, as are those associated with bitcoin mining, but the two are not correlated.  As a result, mining bitcoin, peaker plants could lower their operational risks and deliver more consistent returns. Stay tuned for a blog post that walks through these assumptions and results.

6. Equipped with Lidar, the Latest iPad Paves the Way for Augmented Reality

This week Apple released updated iPads with a new sensor—lidar. Widely used in autonomous vehicles, lidar combines lasers and radar to provide information about depths in the external world. Combining information from the lidar sensor and the iPad’s two back-facing cameras, Apple believes that it will be able to offer developers a complete set of inputs to create augmented reality (AR) applications.

Having pushed AR with its ARKit for a number of years, Apple has few apps to show for success. The most successful AR apps are games that convert tabletops into virtual game levels.

Will lidar create the killer apps? The Verge does not think so, writing: “The new iPad Pro’s lidar sensor is an AR hardware solution in search of software.”

Adding lidar to the iPad – and possibly iPhone later – could be Apple’s way of building out its hardware-software ecosystem for a dedicated AR headset. As the original Mac illustrated, the killer app for a new computing platform is not obvious. If history repeats, however, AR could spawn decades of innovation, creating entirely new jobs and industries.