Are Flattening Yield Curves Signaling A Deflationary Boom As We Approach 2018? 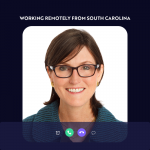 After a business trip to beautiful Australia last week, I came away with questions and concerns which have been weighing on the minds of investors around the world. Chief among them are equity valuations after nearly nine years of a bull market, and flattening yield curves which typically have been harbingers of recession.

Our conclusions are that equity markets will continue to scale a “wall of worry” which is likely to build further as yield curves flatten — and potentially invert — in the “deflationary boom” that we anticipate. In our view, not only are equity markets healthy but they are gathering momentum. At the same time, yield curves could be responding to disruptive innovation, as they did in the late nineteenth century when short rates rose in response to strong economic activity while long rates declined in the face of surprisingly low inflation.

IS THIS BULL MARKET LONG IN THE TOOTH, OR JUST BEGINNING?

While many investors believe these metrics depict the beginning of the end, we believe that in hindsight they will mark the beginning… of a new bull market. For the first four years of this eight and a half year bull market, the S&P 500 simply recovered from the worst crash since the Great Depression and revisited the highs hit during the bubble in 2000. While many investors expected it to fail at that point, we were struck that it had done nothing more than digest the tech and telecom bubble’s excesses over a 13 year period.  Reflecting investor fears of a reversal after breaking through that 13 year “trading range” in March 2013, during the next three years the S&P 500 had to overcome four risk-off periods, culminating with the steep drop in oil prices in January/February, 2016 and Brexit in June, 2016.  Battle-tested, its uptrend remained intact.

Somewhat surprisingly, the best performing sectors in the S&P 500 during the first seven and a half years of this bull market have been consumer discretionary (+25.9%), real estate (+22.1%), and industrials (+22.1%). In other words, through all its fits and starts, the market’s advance has been broad-based, spanning growth and value.

During the fourth quarter of 2016, however, the market rotated specifically toward value – financials (+21.1%), energy (+7.3%), and industrials (+7.2%) – leaving defensive sectors including consumer staples (-2.0%) and real estate (-4.4%) and growth sectors including technology (+1.2%) well behind. While our strategy suffered during the fourth quarter, we reassured our clients that the bull market was gathering momentum as it broadened out and that, as investors extended their time horizons, it would gain new life.

In our view, tax reform will turbocharge economic growth and profits in the years ahead, particularly with the full expensing of capital expenditures in year one and a drop of more than 40% in the corporate tax rate. Moribund for more than five years, capital spending should benefit significantly and, with the largest multiplier on economic activity of any sector, it should push real GDP growth well above the sub-2% growth trajectory that has been in place for the last nine years. If the dollar increases significantly in response to the boost to returns on invested capital in the US while productivity jumps in tandem with real GDP growth, as we believe is likely, inflation should continue to surprise on the low side of expectations, perhaps shockingly so.

ARE FLATTENING YIELD CURVES A WARNING OF RECESSION, OR CONFIRMATION OF A “DEFLATIONARY BOOM”?

While many fixed income investors have been puzzled by the flattening yield curve, especially in the face of stronger than expected economic activity, we have gained confidence that the five innovation platforms – characterized by declining cost curves and rapid unit/productivity growth – are gaining traction and creating havoc with traditional economic and financial metrics. Not since the late nineteenth century have we seen more innovation platforms evolving at the same time. Roughly 150 years ago, the three innovation platforms changing the world were the internal combustion engine, telephone, and electricity. Today, the five innovation platforms are genomic sequencing, robotics, energy storage, connected mobile devices/artificial intelligence, and blockchain technology.

Thanks to the three innovation platforms in the late 1800s, unit growth and productivity exploded as costs dropped, creating a “deflationary boom” and an inverted yield curve.  As detailed by the National Bureau of Economic Research (NBER), during the most rapid periods of growth, the yield curve was inverted: as unit growth and productivity soared, pushing short rates up, inflation dropped, creating a virtuous cycle that turbocharged the equity market.

Today, five innovation platforms are evolving at the same time, at a faster rate than in the late 1800’s. Perhaps contributing to some confusion, the government is relying on statistics evolved during the industrial age to gauge activity in the digital age. As a result, real growth and productivity probably are understated and inflation overstated. Combined with tax reform, the innovation tsunamis being unleashed by the five general purpose technology platforms today are likely to change the way the world works and create a deflationary boom rivaling that of the late nineteenth century. In that environment, an inversion of the yield curve would be exceedingly good news for the equity markets! 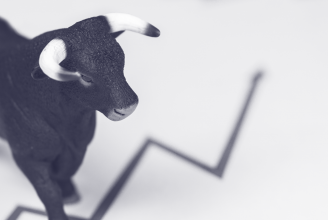