MEET THE ARK BOARD OF DIRECTORS

The ARK Board of Directors oversees ARK’s full commitment to creating long-term value for our clients. ARK aims to be a driving force and thought-leader when it comes to investing in disruptive innovation. Our leadership embraces this vision and supports the ARK team during our journey. 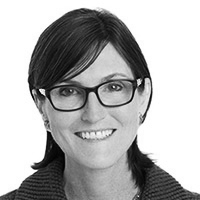 Catherine is the Founder and Chief Executive Officer /Chief Investment Officer of ARK. Catherine is the portfolio manager responsible for managing clients’ assets. Prior to founding ARK in 2013, Catherine spent 12 years (2001-2013) at AllianceBernstein, where she was CIO of Global Thematic Strategies, with $5 billion in assets under management and attractive long-term investment returns. Catherine joined AllianceBernstein from Tupelo Capital Management (1998-2001), a hedge fund she co-founded which, in 2000, managed $800 million in global thematic strategies and was the largest women-run hedge fund in the world. Prior to her tenure at Tupelo Capital, she worked for 18 years (1980-1998) with Jennison Associates as Chief Economist, Equity Research Analyst, Portfolio Manager and Director. Catherine started her career in Los Angeles at The Capital Group as an Assistant Economist. Catherine received a B.A. in Finance and Economics from the University of Southern California, summa cum laude. 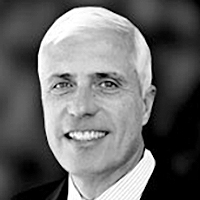 Gene has served as the Chief Executive Officer and President of American Beacon Advisors, Inc. since April 2009. Mr. Needles also serves as the President, Executive Vice President and Portfolio Manager for various American Beacon Funds. He served as the President at Touchstone Investments from 2008 to 2009. Prior to that, he was with AIM Investments from 1993 through 2007. He served as the Chief Executive Officer and President at Invesco AIM Distributors, Inc., from 2004 to 2007, where he was responsible for distributing products that included mutual funds, exchange traded funds, separate accounts, variable annuities, sub-advised portfolios, collective trusts, offshore funds, retirement plans, and college savings plans. In his years before, Mr. Needles served as a Vice President at Putnam Investments and Putnam LLC where he oversaw business management and strategy, distribution, product management, marketing, administration, advisory services, and acquisitions at Putnam. Mr. Needles also served as a Vice President of MetLife State Street. Mr. Needles received a Bachelor of Arts in English with a minor in Economics from Iowa State University in 1978. 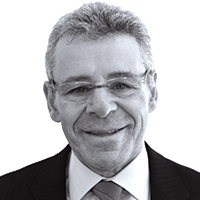 Gary served as the Chief Operating Officer of CIFC Corp. until December 2012. Mr. Neems was a Co-Founder, Co-Chief Executive Officer, Managing Director, and Member of Investment Committee of Callidus Capital Management, LLC. Prior to co-founding Callidus, Mr. Neems was a Co-Managing Partner of Advanta Partners LP (1995-2000). From 1993-1995, after leaving Equitable, he was a Managing Director and Partner of Clipper Capital Partners, an investment affiliate of CS First Boston, focused on making and managing private equity investments. Prior to this, he served as a Managing Director and Investment Group Head within the Corporate Finance Department of Equitable Capital Management Corporation from 1989 to 1993. He managed a group with approximately $2 billion in assets in a diversified group of industries and was a member of the department’s Investment Committee. He started his career in 1977 at Citibank where he successfully completed credit training and spent the next 12 years as a commercial bank lending officer. He held a number of senior lending and portfolio management positions during his years at the bank. Ultimately, he ran a large part of the bank’s leveraged buyout business for corporations and transactions sponsored by private equity firms. He has or currently sits on the board of directors of a number of companies. Mr. Neems earned a B.A. in Chemistry from the University of Rochester and an M.B.A. in Finance from the University of Rochester Simon Graduate School of Business.