What is more valuable to advertisers, an hour of television or an hour of Facebook [FB]? Up until this year, the answer has been TV. But starting 2015, that will change. Facebook ads, with constantly improving targeting and tracking capabilities, will eclipse the value of TV ads on a user-hour basis and TV viewership will become less valuable. 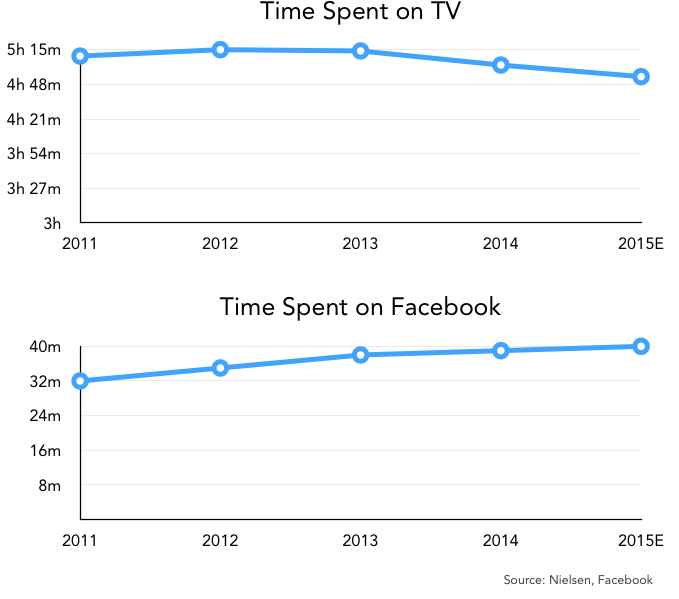 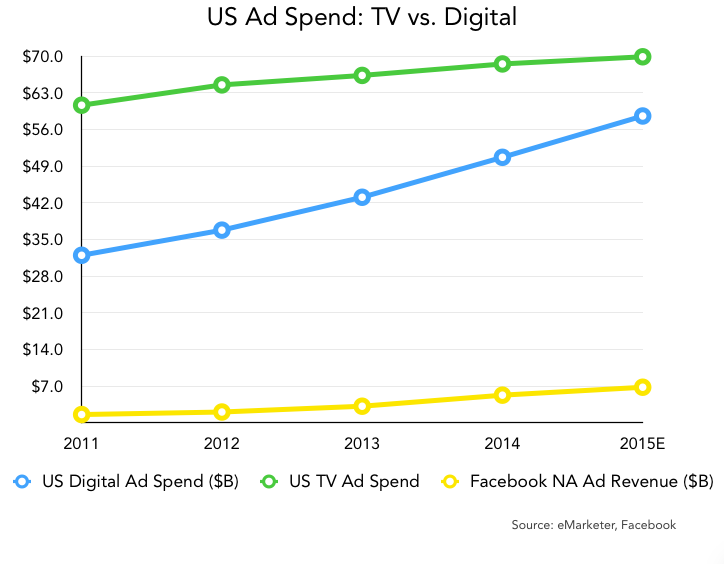 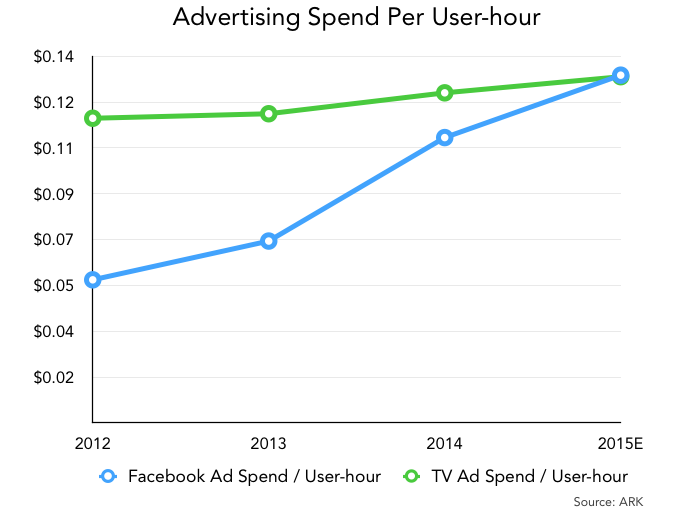