When Ford introduced the moving assembly line, production efficiency increased by roughly an order of magnitude. As shown below, Ford’s innovation left the rest of industry in the dust, and is arguably the tipping point that led to tremendous consolidation in the auto industry. While the moving assembly line is innovative, with few barriers to entry the rest of the auto industry was able to adopt the technology. 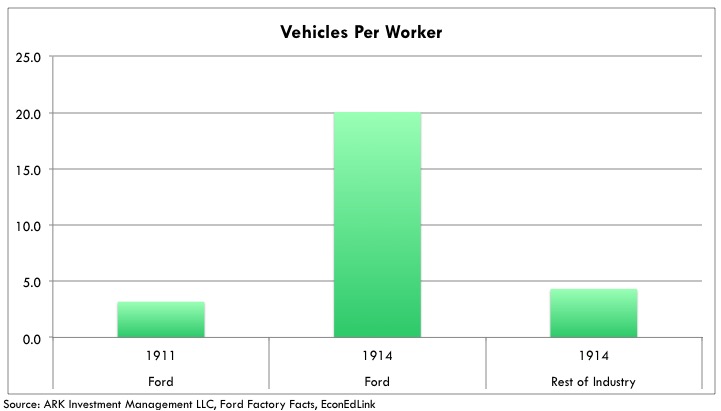 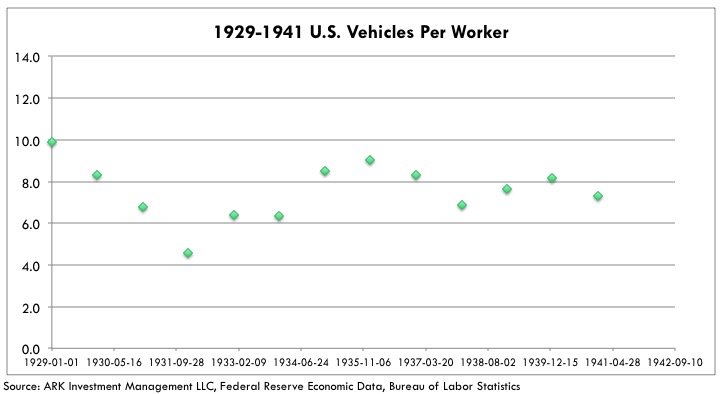 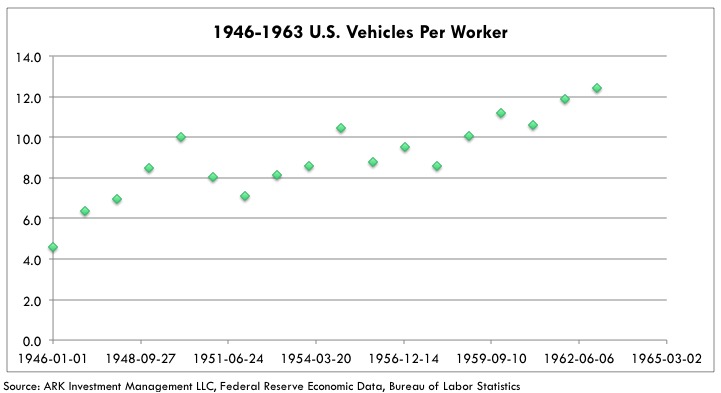 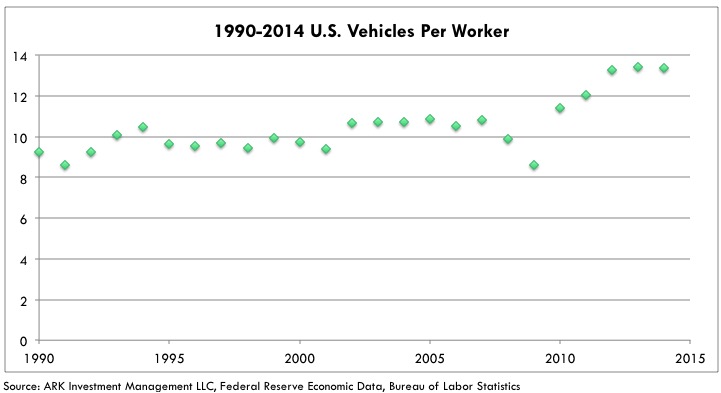 Tesla is not the first auto manufacturer to aim for an improvement in productivity. Toyota [TM] has its “New Global Architecture”, BMW [BMW.DE] its “Value-Added Production System”, and Faraday Future its “Variable Platform Architecture”. Yet, as we see it, most efficiency-driven programs today are focused on less customization and more modularity.

In contrast, we think Tesla’s approach could cause a step-function increase in productivity. Currently Tesla’s productivity is low relative to the competition, as shown below, but the comparison is not life-for-like. Based on our analysis, Tesla is more vertically integrated than the other manufacturers. Instead of simply assembling out-sourced parts in a plant, it is turning raw materials into cars, much like Ford did in its plants in 1914. 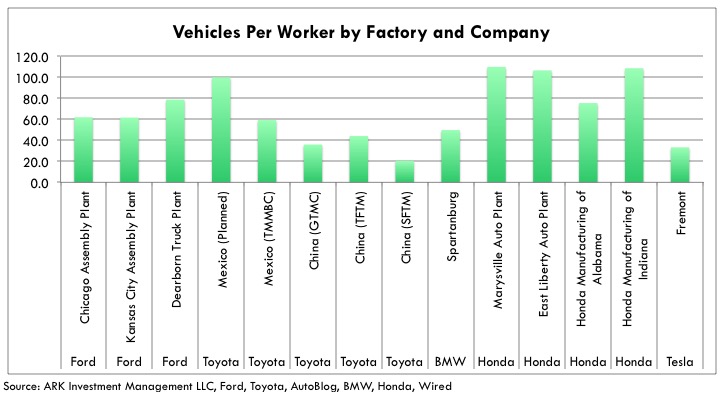 While automotive manufacturing has the highest industrial robot density of any industry, Tesla is unique in the industry as robotics has become part of its vertical integration. Traditional auto manufacturers in our opinion are constrained during production by the quality and timing of parts received from suppliers. A fully automated factory, building vehicles from scratch, can optimize the process based on first principles, Musk’s preferred method of operation.[2]

ARK believes that if Tesla realizes a step-function increase in productivity that it anticipates at its Fremont factory, its production could approach one million units, without an increase in the number of people it employs. Musk notes that employees will be “maintaining machines and upgrading the machines and dealing with anomalies. And the output per person will be extraordinarily high.” We think robots will be key to the turbocharging of the productivity. As shown below, if Tesla realizes its goals, Fremont’s productivity would increase roughly ten-fold, topping the most productive auto manufacturing plans in place today by nearly three-fold. 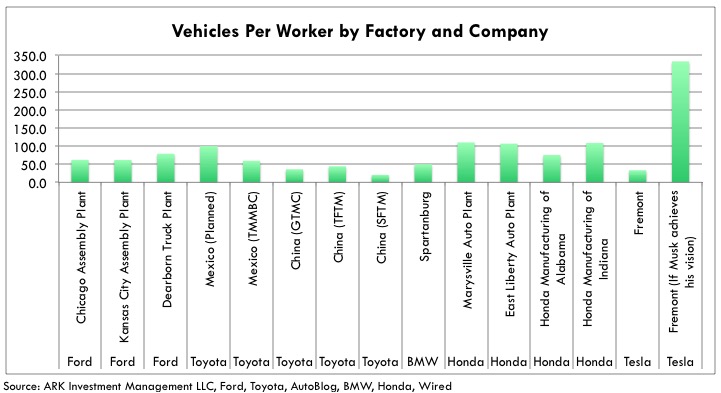