The Potential Impact of Automation on Manufacturing Profitability

In the second part of a series on the impact of automation, we focus on lessons learned from the agricultural revolution. Please read the first piece in this link to learn more about the manufacturing revolution now underway: “What We Can Learn from the Automation of the Agriculture Industry”.

During the last century, technology has transformed agriculture, boosting its profitability and offering a glimpse into the impending manufacturing revolution. Specifically, while automation might lower labor’s share of the pie, it tends to boost not only operating margins but also wage growth.

During the early 1990s, with only 20 industrial robots per 10,000 employees, automation began to impact US manufacturing. Since then, robot density has increased more than tenfold, as shown below, and yet its impact on agriculture suggests that the automation of manufacturing still is in early days. 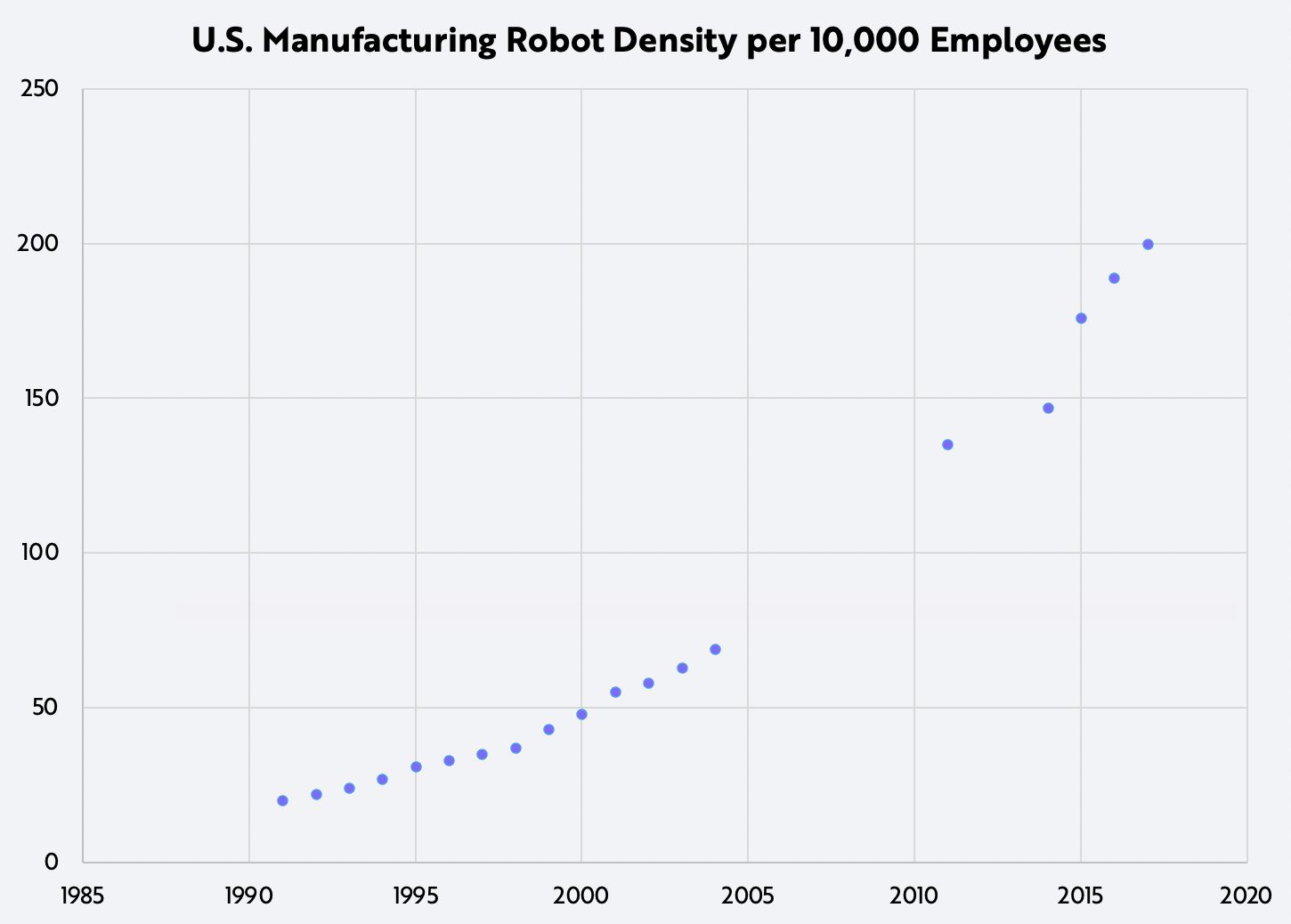 Source: ARK Investment Management LLC based on data from International Federation of Robotics

Although six times higher than in all other industries, robot density in manufacturing still is much lower than that in the auto sector and at Amazon, 6x and 15x lower respectively, as shown below. Indeed, Amazon has yet to reach a plateau in its adoption of robotics. 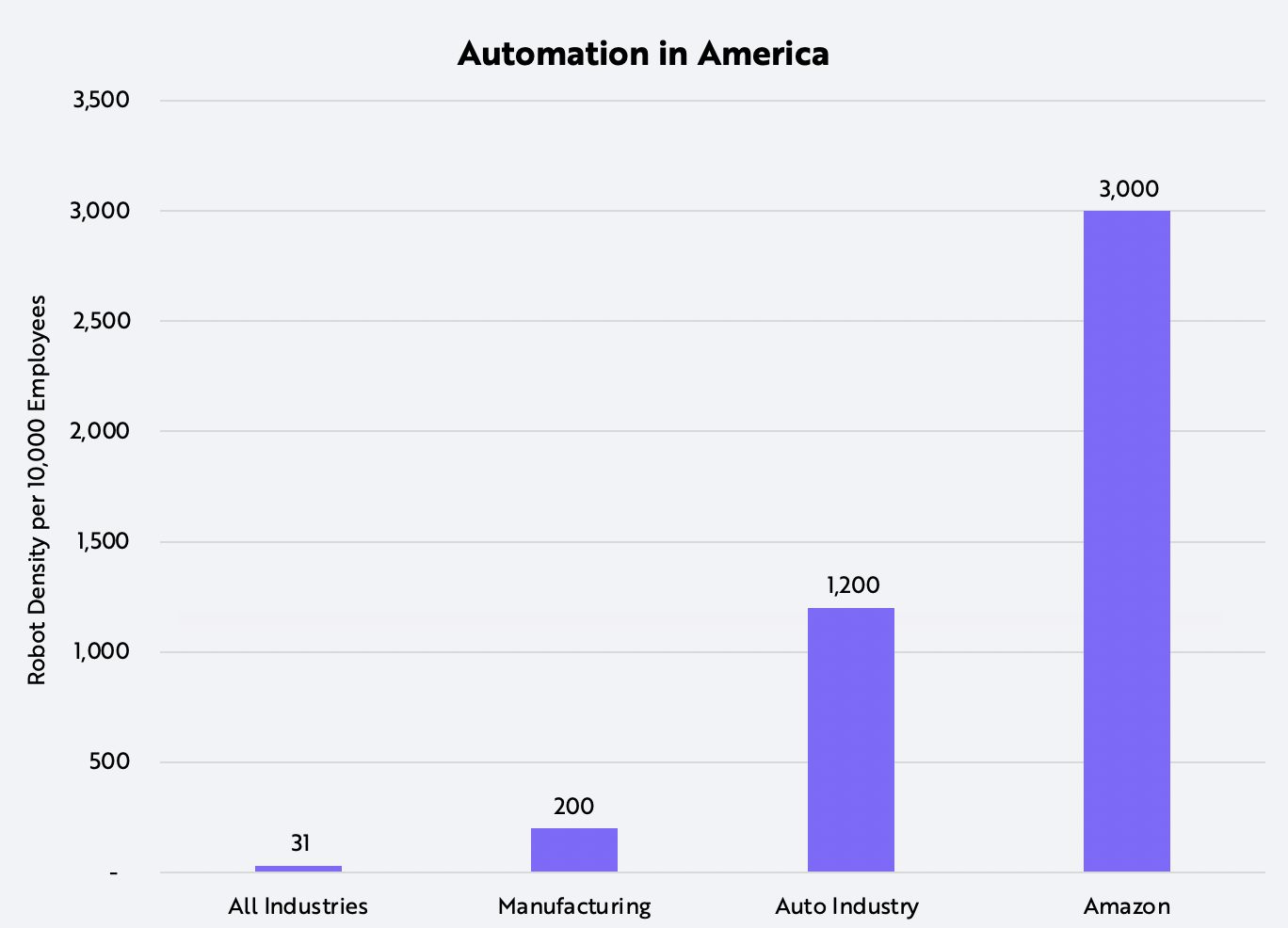 Even at early stages of automation, the correlation between robot density and employee wages as a percent of revenue, or labor share, is clear: as a company becomes more capital intensive, labor’s share of revenue declines, as shown below, but automation increases productivity, potentially increasing both labor income and corporate profits, a win-win. 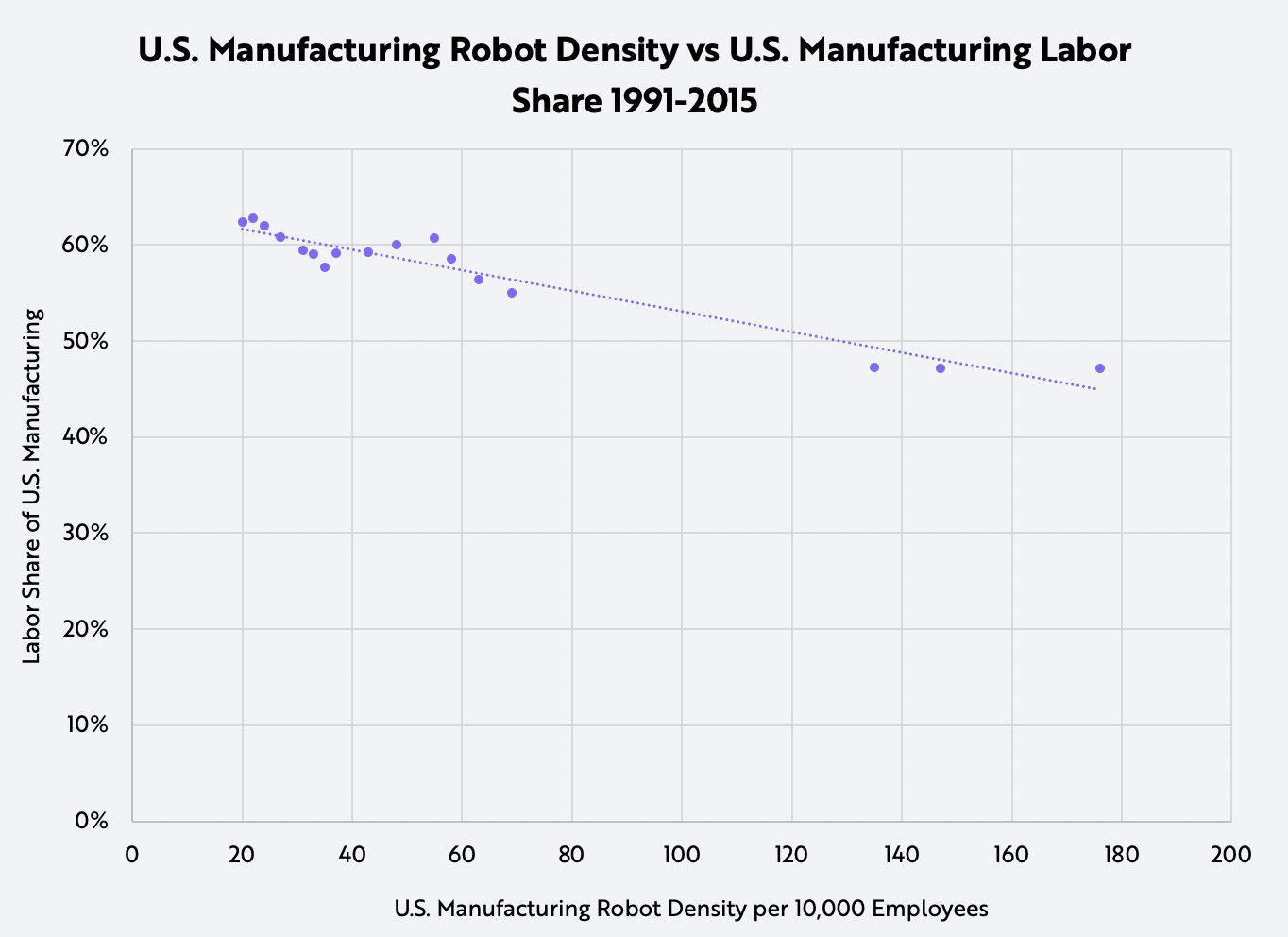 If capital spending does accelerate automation, companies focused on operational efficiency should be able to increase their returns on investment. In fact, from 1990-2018, the decline in labor as a percent of revenue in the S&P Industrial sector seems to have contributed to an increase in its operating margins, as shown below. 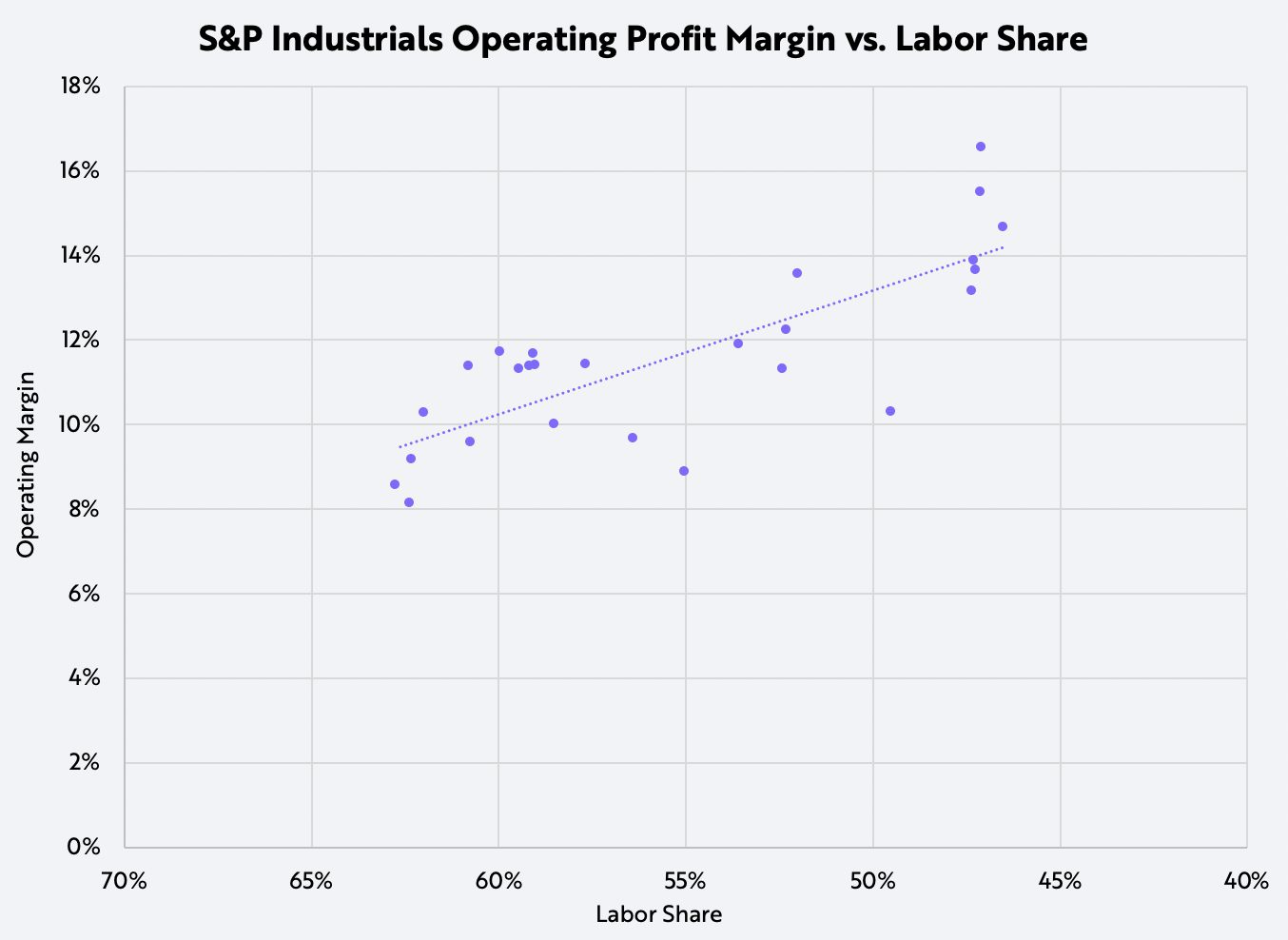 Decoupling physical labor from output has been a hallmark of technological innovation. Were it not for horses and tractors, a large percent of the US population still would be working on farms. Instead, the history of agriculture suggests that automation will push labor’s share of manufacturing revenue down to unprecedented levels while productivity boosts the income of those still on the ranch.

Stay tuned for the third piece in this series which will focus on the impact of productivity on the economy as a whole.