Dominos, FedEx, Kroger, Walmart, Alibaba, JD.com, and Meituan all use rolling robots today.[1] Previously, ARK estimated that a sidewalk robots could deliver food orders for as little as 6 cents per mile, 20 times less than the cost of human delivery. Although local regulations may slow down the rollout of sidewalk robot systems, slightly larger robots that can integrate with traffic could pick up the slack. According to ARK’s latest research, integrated traffic robots similar to those from Nuro could deliver food for less than 40 cents per trip, six times less than the cost of a personal trip to the grocery store, as shown below. 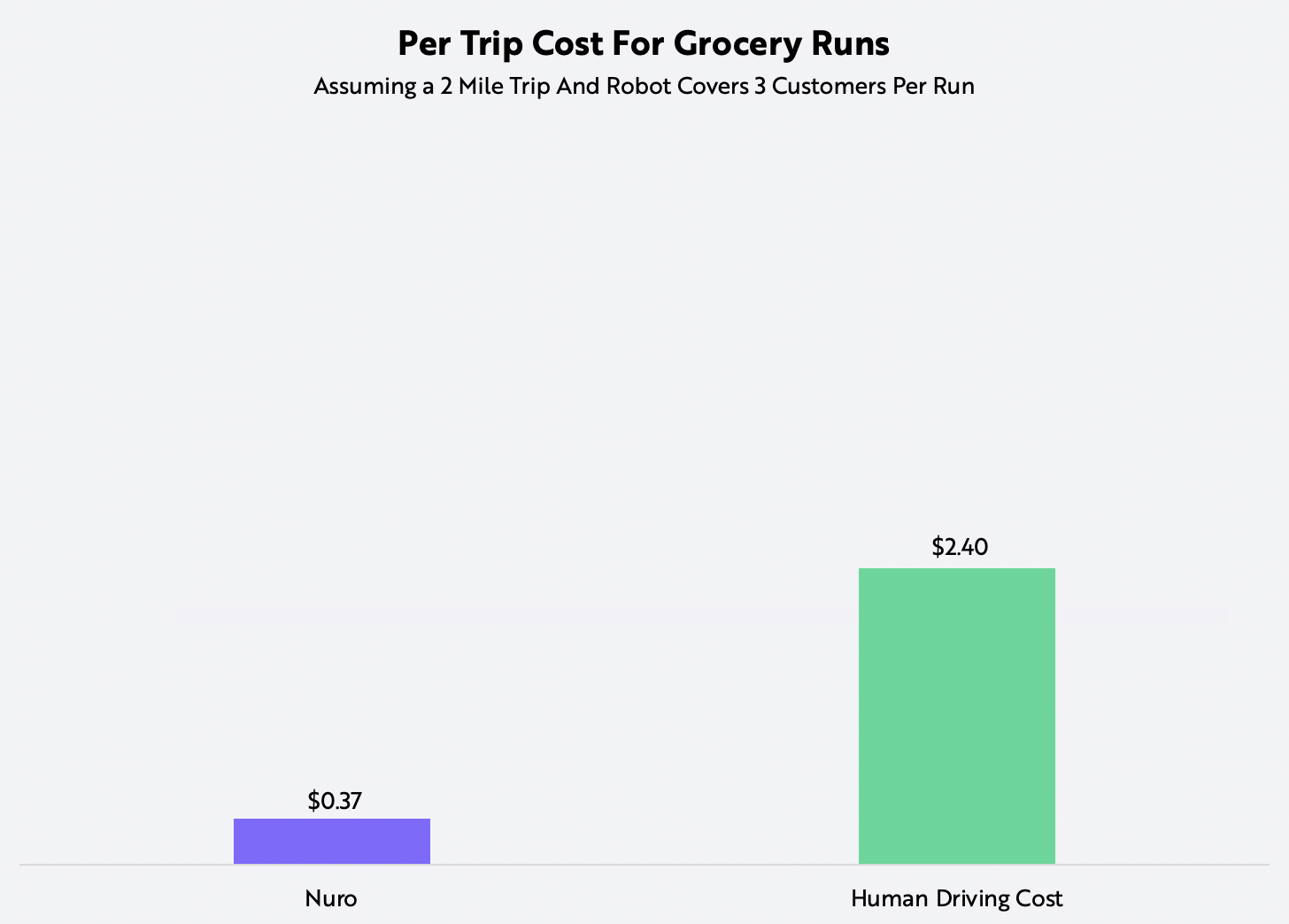 If every household in the US were to use robot delivery for groceries, today’s average of 1.6 trips per week per household would translate into a $4 billion market opportunity.[2] Moreover, the cost and convenience could encourage customers to order groceries in smaller batches at higher frequency. If customers were to order fresh groceries five times a week, for example, ARK estimates the robot grocery delivery market could expand to $12 billion a year, paling in comparison to the roughly $70 billion cost of all household grocery deliveries in the US, accounting for personal car transportation costs and the “unpaid labor” associated with such trips, as shown below. 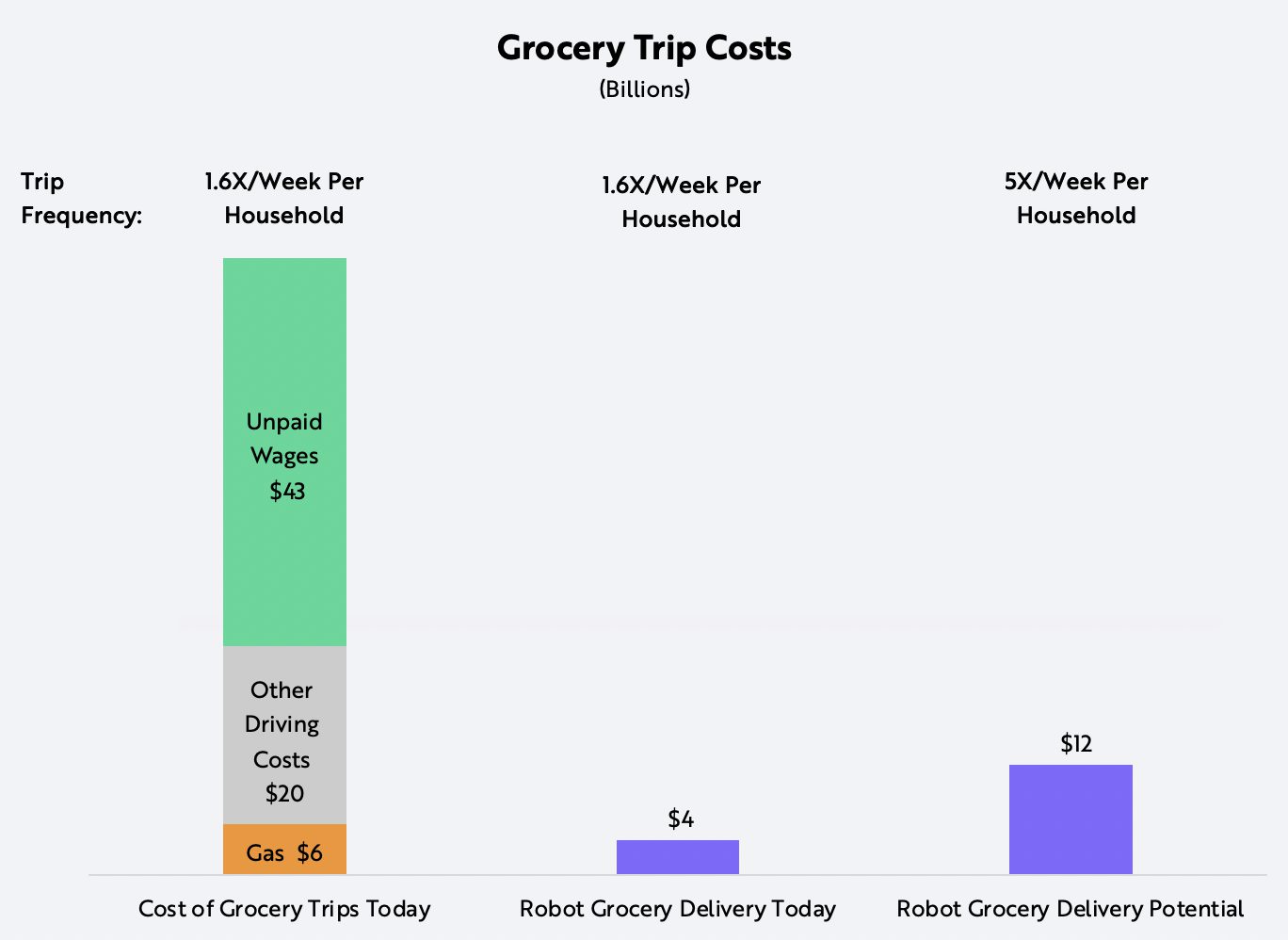 ARK believes that the use cases for robot delivery will extend past groceries. Dominos would create a $500 million opportunity, for example, if robots were deliver its pizzas.[4] Ground robot delivery networks also could work alongside delivery drones, reshaping consumer behavior by providing inexpensive and convenient ways to receive groceries, take-out food, and other household essentials. Home designs probably would change as well. If customers were to order fresh groceries more often, refrigerators probably would shrink in size and pantry closets would be repurposed. While these changes probably will take time to penetrate households, ARK estimates that the total available market (TAM) associated with collapsing the costs of last mile delivery and transforming how consumers buy, store, and consume food will be roughly $30 billion in the US alone.[5] 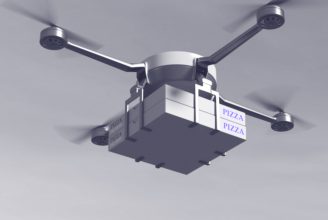