Elon Musk has made headlines saying, “If one can figure out how to effectively reuse rockets just like airplanes, the cost of access to space will be reduced by as much as a factor of a hundred.”While that statement regarding reusable rockets may be true, in our opinion, the technological pathway that SpaceX has chosen will not deliver these cost savings. Instead, we think Musk seems to be sacrificing terrestrial economics with the goal of landing on Mars.

SpaceX has shaken up a staid monopolistic industry, but on a like for like basis, we believe its prices are not disruptive. In 2006, the Russian Soyuz rocket cost NASA roughly $71 million per launch.[1][2] Today, SpaceX offers NASA its Falcon 9 for roughly the same price, which means rocket launches have not been riding down a technology cost curve.[3] NASA currently pays over $200 million for Soyuz launches, a 182% increase.[4] Not surprisingly, in an industry with few competitors, prices have risen, and not just for Russian launches. Launch prices for the Atlas V have gone from roughly $118 million in the naughts to $164 million today. That said, SpaceX’s entry has forced other space companies to find ways to cut launch costs. The United Launch Alliance (ULA) [5] already has laid off 10% of its workforce and is planning further job cuts. Every company has plans to cut rocket costs. 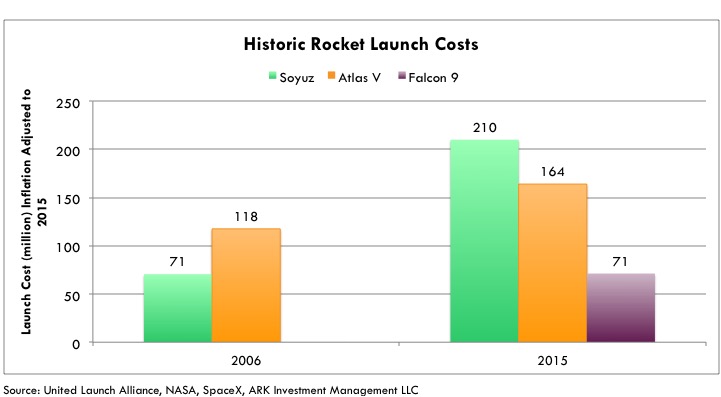 ARK believes the rocket launch industry is at a crossroads. While SpaceX is on the reusable rocket path via landing rockets, other companies have different strategies as they attack rocket reusability. The ULA is planning to recover the first stage by having it parachute down and be intercepted by a helicopter. Virgin Galactic is planning a horizontal takeoff/landing system, as Orbital ATK [OA] continues with an expendable rocket, claiming that the economics of a reusable rocket are unproven.

As shown below, ARK’s analysis indicates that while SpaceX’s first stage reusable rocket costs will be much lower than the alternatives at first blush, the comparison is misleading. For example, the reusable rocket must save 30% of its fuel to land back to Earth. If the fuel were used on its ascent the rocket could propel a larger payload into orbit. As a result, when launch costs are compared on a performance basis ($/kg to Low Earth Orbit), reusable rockets do not offer as dramatic a price decrease as one might expect. The second factor working in the expendable launch vehicle’s favor is the cost decline curve. As shown below, expendable rocket production is higher, thus scaling down a cost and price curve faster than its reusable counterpart. 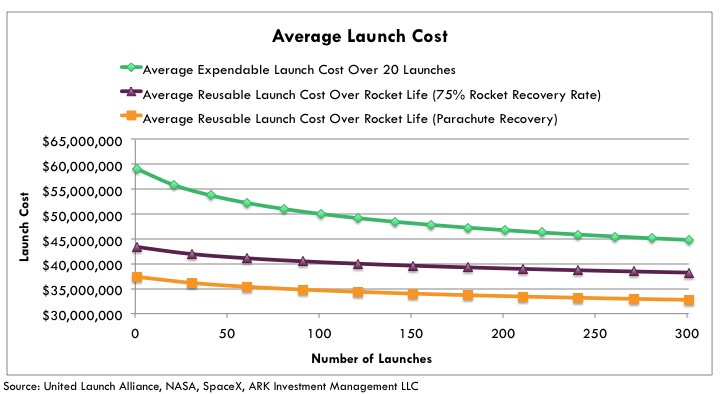 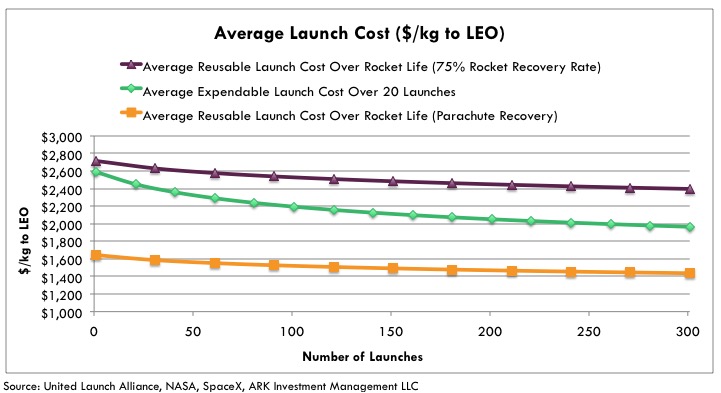 Two key inputs into ARK’s model are the refurbishment cost of the rocket, and the recovery rate of rockets. Based on SpaceX’s estimate of the sale price of a reused rocket and Mathematica’s cost analysis of the space shuttle system,[6] ARK’s current expectation is that it will cost roughly 35% of the first stage’s initial cost to refurbish it. The recovery rate comes straight from the expectations of SpaceX’s COO. 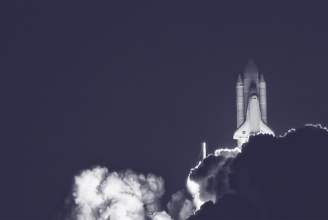 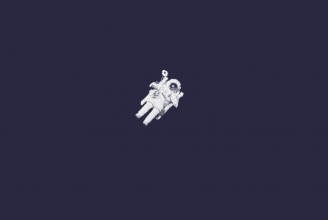 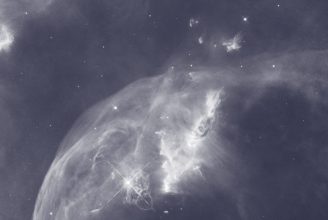