Tesla’s [TSLA] Model S stands out among electric vehicles (EVs)… and, not just for looks! Of the top ten selling EVs in the United States, the Model S has the most powerful battery – 85 kWh. As shown in the chart below, in performance comparisons all other EV batteries are one-third its size, at the most.[1] 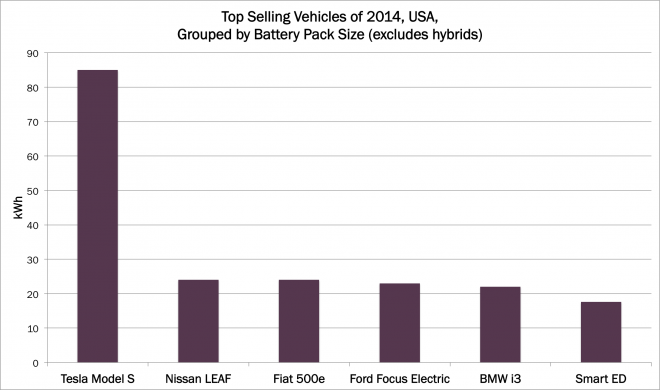 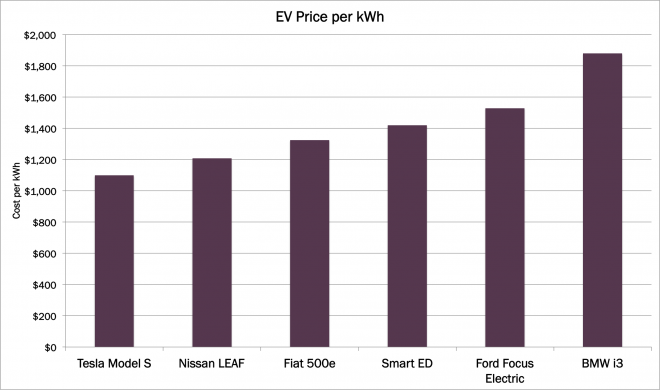 Auto buyers seem to have done their homework. While the Model S, selling for $80,000, does not have the highest unit sales volume, it does have the highest dollar sales volume among EVs. Compared to Tesla’s nearly $800 million in sales so far this year, the best unit selling Nissan Leaf, retailing for $29,000, has only $550 million in sales, and the Chevrolet [GM] Volt, at $34,000, $450 million. 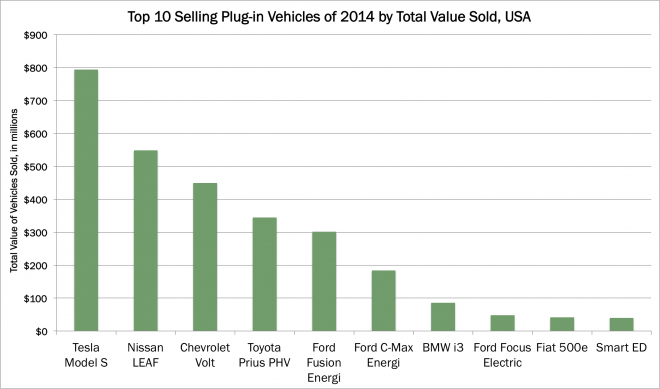 While on the surface the Model S seems expensive, performance comparisons prove that Tesla is providing real value for the money. As it expands into China, it can leverage this strength to position itself as the best EV in the market as measured not just by performance, but also by value.