While historically the performance and value of most products and services have deteriorated over time, technology is beginning to bend the curve. Vertically integrating – coupling hardware and software – is enabling companies to deliver over-the-air (OTA) software updates and to offer goods “in-app”, impacting product designs, use cases, upgrades, and business models.

In recent years, several companies have demonstrated the advantages of vertically integrating hardware and software. As shown below, Square cut the time to process a chip card transaction from 4.2 to 2 seconds; Roku lowered channel load times by 30%; Apple accelerated Face ID recognition time in its iOS 13 release by 30%; and Tesla, which reduced the time for the Model 3 to accelerate from 0-60mph from 3.2 to 2.8 seconds. 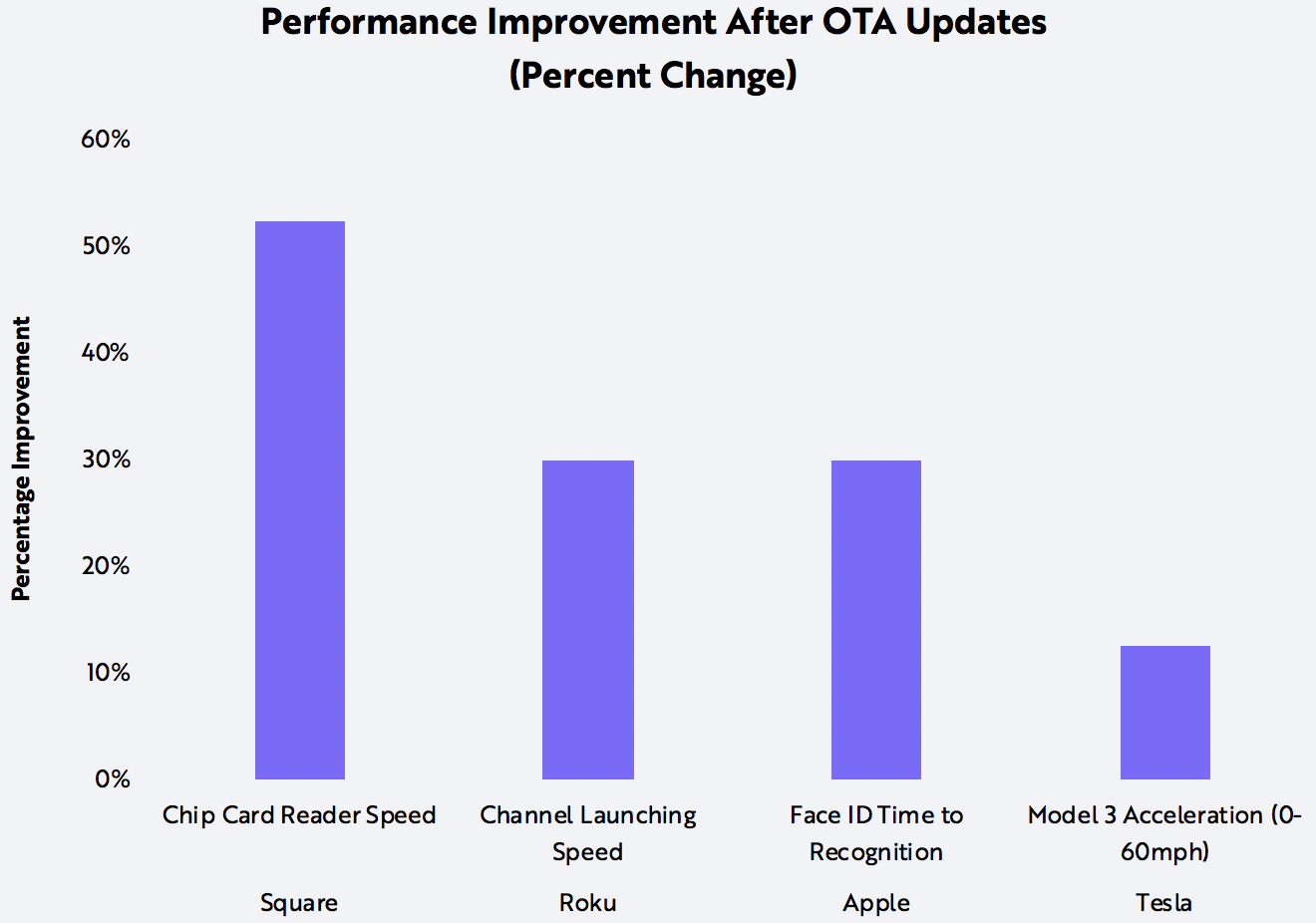 After vertically integrating hardware and software, companies can offer additional services that generate more revenue at higher margins. In 14 months, for example, Tesla enhanced the performance and functionality of the Model 3 with 14 WiFi-enabled software updates, as shown below. Last December, it added premium connectivity for live traffic visualization and maps for $9.99 per month, and later in December it offered Model 3 owners a software enabled option to increase 0 to 60 mph acceleration performance by 0.5 seconds for $2,000. 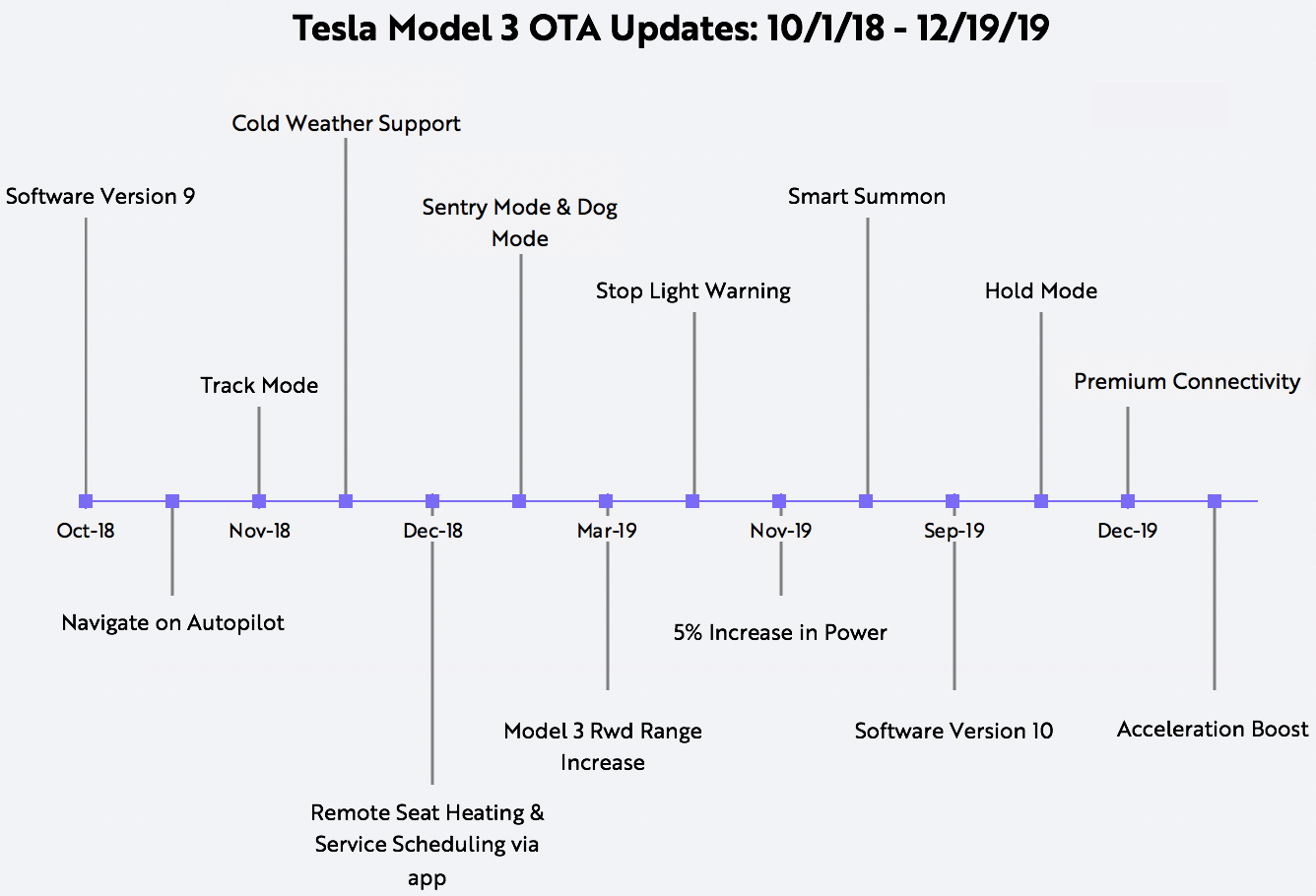 In our view, companies will be able to segment their markets more effectively and profitably with software than with hardware. Hardware segmentation can be costly and complicated, as each form factor requires differentiated manufacturing, software, and logistics. In 2007, for example and as shown below, Nokia offered 28 cell phone models with different keyboards, while Apple entered the market with one phone and a software-enabled keyboard that included fewer tactile buttons. As a result, Apple benefited not only from a streamlined manufacturing process but also more flexibility in its designs. According to our research, Tesla has followed the same model, with only 20-25% the number of like-for-like BMW models, also shown below. 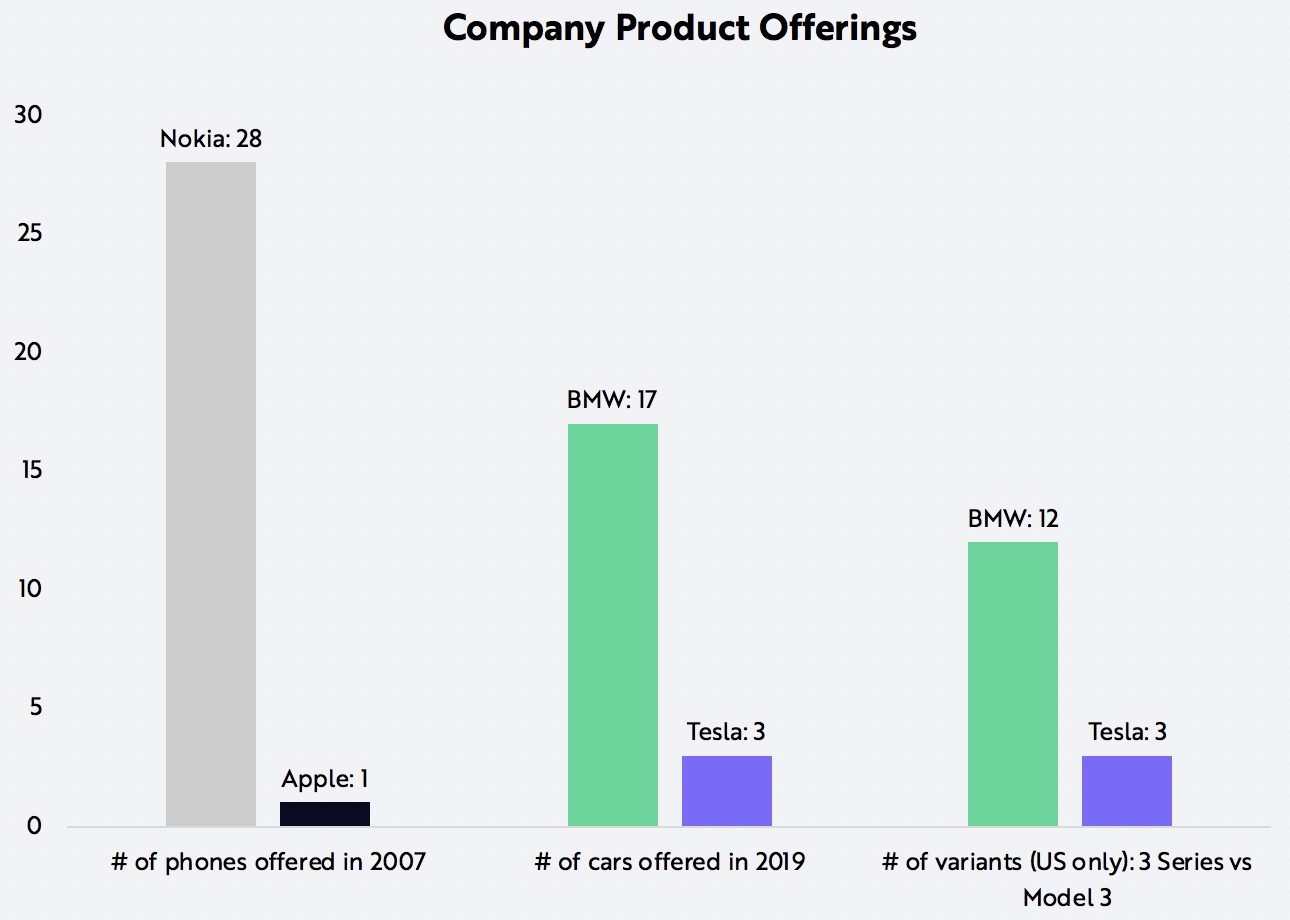 As used product markets evolve and become more robust, financial analysts are likely to focus less on units sold and more on active users and the incremental recurring revenue derived from new services. From 2012 to 2018, for example, after nearly doubling the number of iPhone users from 490 million to 900 million, Apple quadrupled its revenues from services in the App Store, Apple Pay, iCloud, Apple Music, Apple TV Plus, Apple Arcade and Apple News Plus, as shown below. 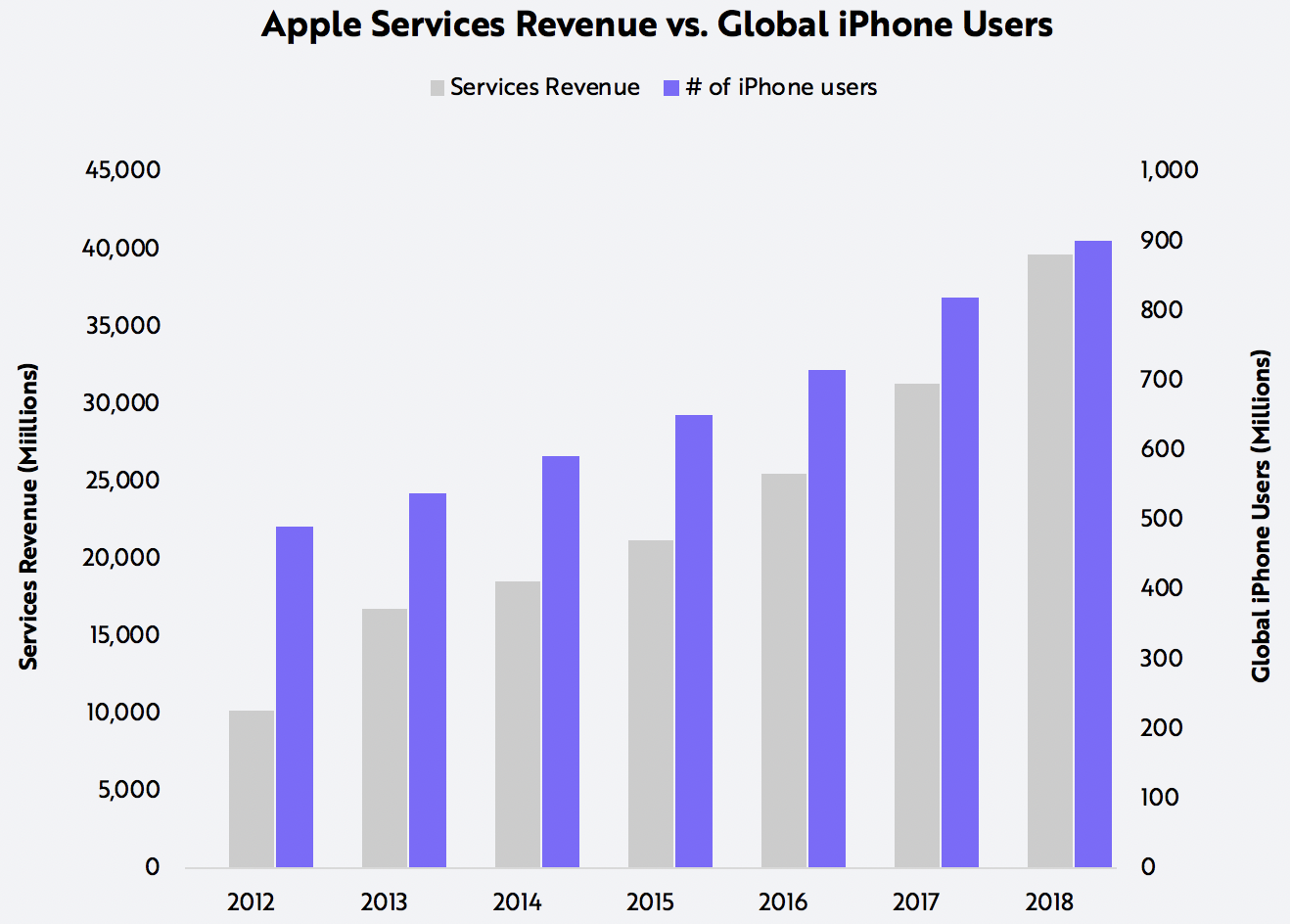 As they vertically integrate hardware and software, companies are likely not only to simplify product development, manufacturing, and logistics, but also to increase customer lifetime values and predictable revenue streams. In our view, the electronics industry is at the leading edge of this transformation.