How Netflix Could Reach 400 Million Subscribers by 2023

Netflix [NFLX] could triple its subscriber base over the next five years. Assuming continued growth in the US and a moderate inflection in international growth, the number of Netflix subscribers could more than triple to nearly 400 million, two times higher than Wall Street expectations, by 2023.

Viewed from the perspective of an S-curve, Netflix has entered the second half of its growth story. In the United States, it now has 57 million subscribers and has penetrated 53% of the broadband population, as shown below. Hitting a saturation point of 80%, the penetration of US pay TV today, Netflix should reach 72% penetration or 83 million subscribers, well within its long term guidance of 60-90 million US subscribers, in 2023. 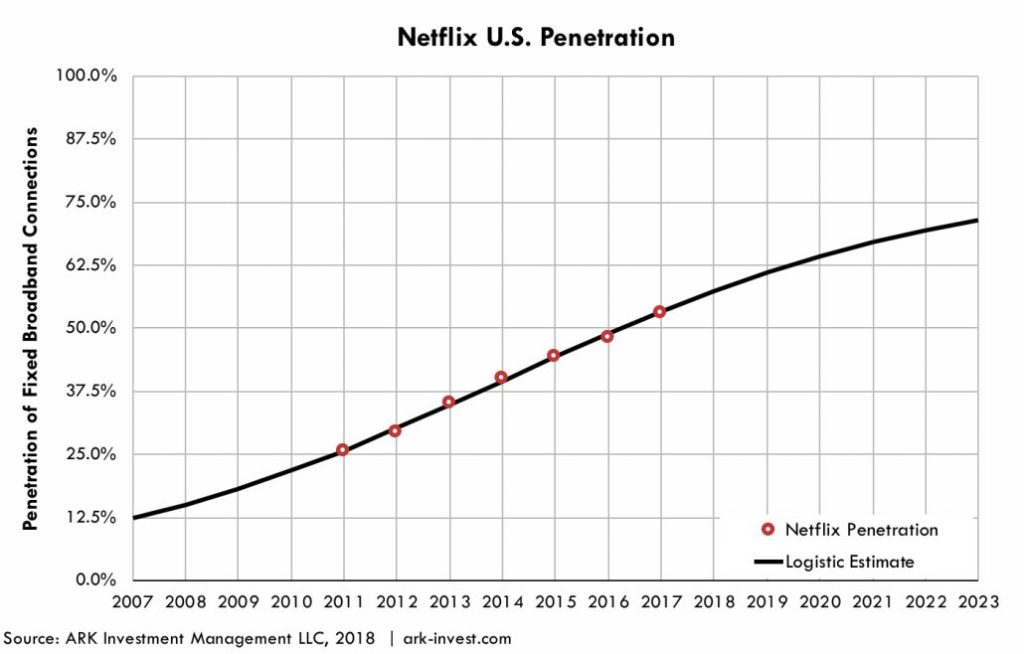 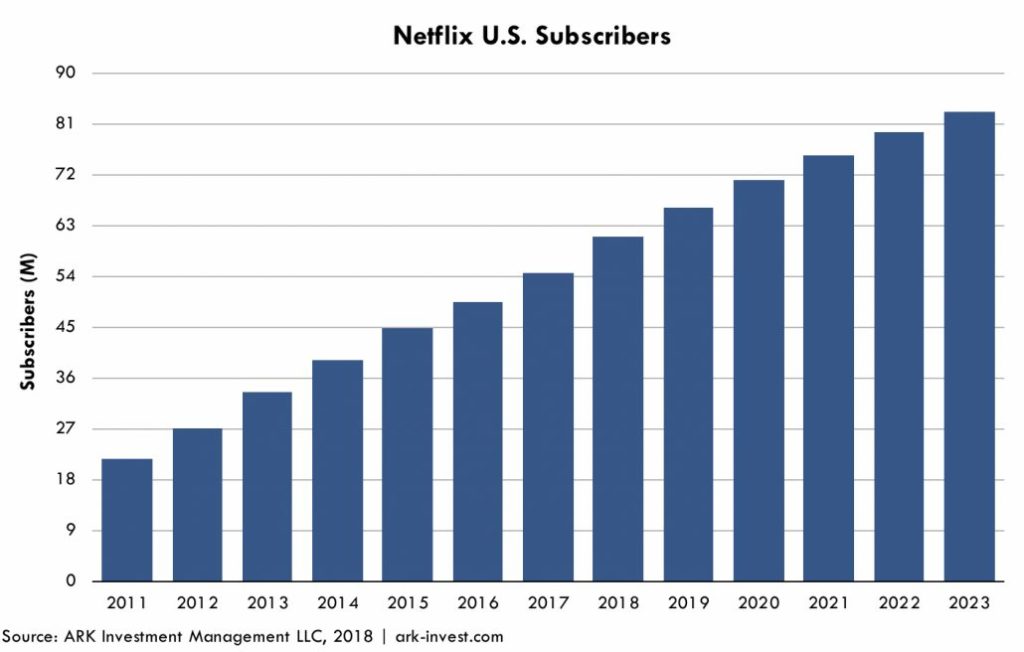 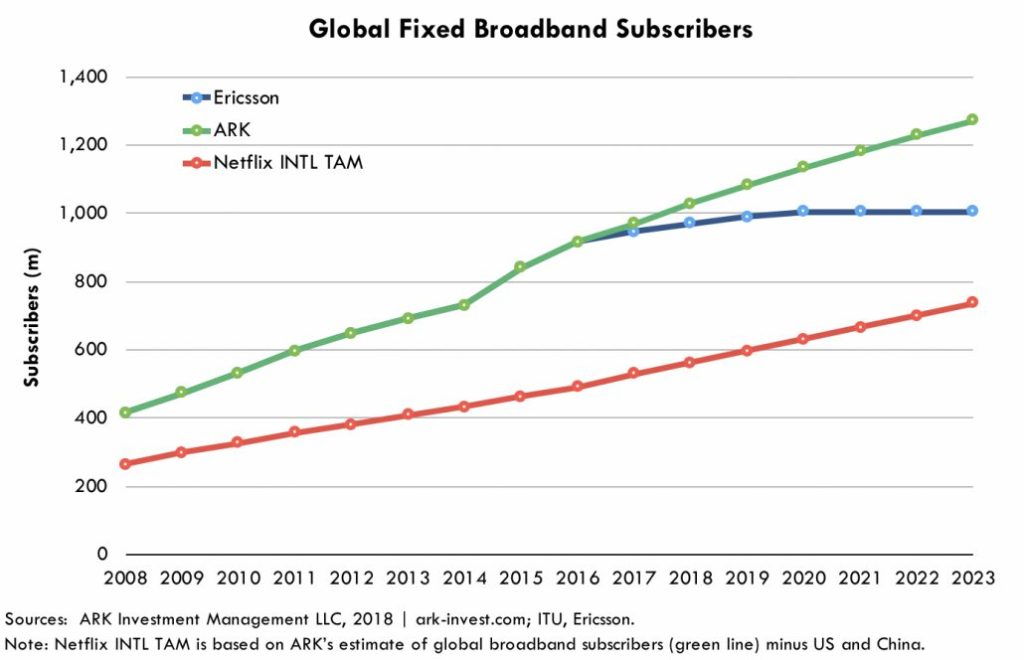 Despite consistent growth in global broadband adoption, many research reports forecast a rapid deceleration and a flattening out at the turn of the decade. Ericsson’s Mobility Report, for example, projects that broadband will be saturated at roughly a billion subscribers by 2023. This forecast seems conservative, as the broadband penetration of households currently is less than 50% and broadband growth rates in much of Asia and Africa are higher than 10% per year, according to the International Telecommunication Union (ITU). We believe that fixed-line broadband will continue to grow at an annual rate of roughly 5% for the next five years, pointing to 1.3 billion broadband subscribers, or 53% household penetration, by 2023. Excluding the United States and China, Netflix International will have access to 740 million broadband households around the world. 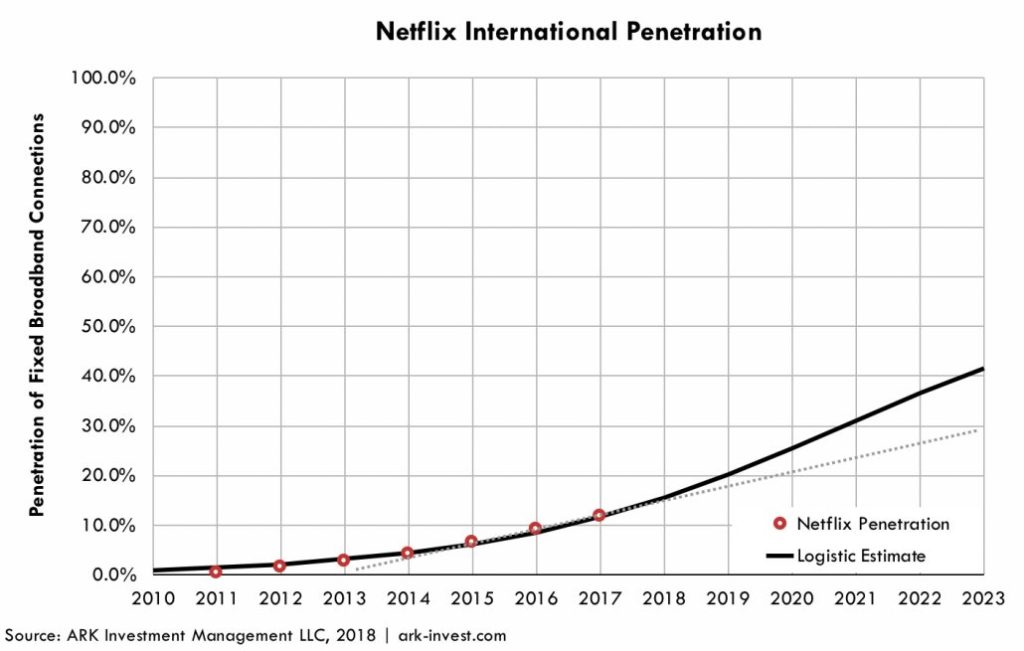 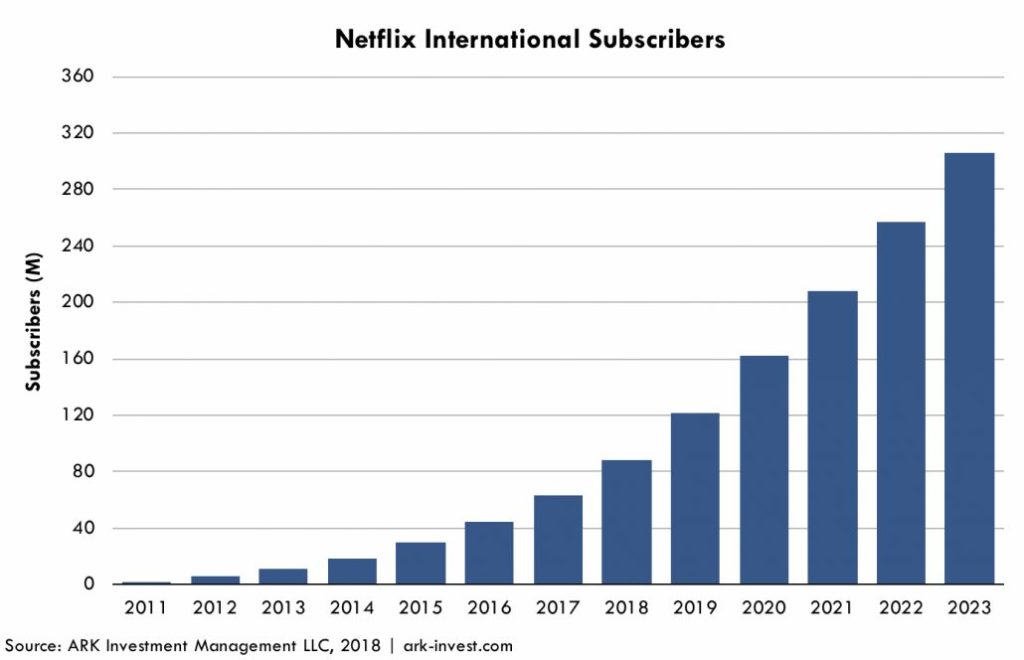 Worth noting, steeper or shallower curves also could fit the observed data, as our projection is one of many potential outcomes. If Netflix International’s growth were not to inflect but to continue at a linear rate, as shown by the dashed line above, it would reach just 30% penetration, hitting 200 million subscribers, still significantly higher than current analysts’ estimates in 2023. 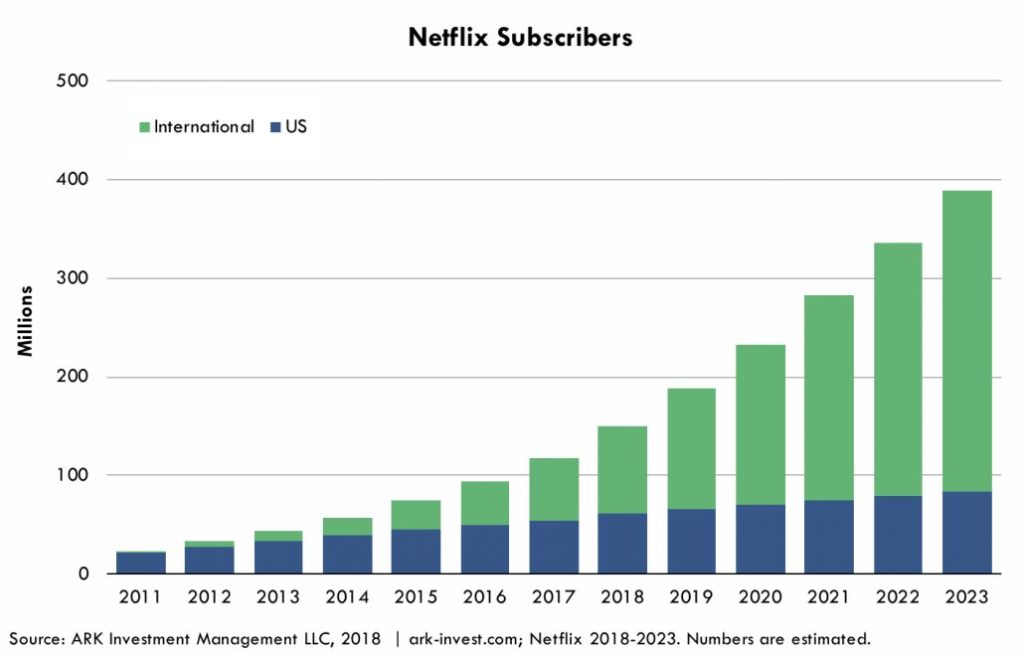 We believe Netflix will grow to nearly 400 million subscribers over the next five years based on moderating US growth and accelerating international penetration. Most important to its outlook will be content with broad geographic and cultural appeal. Thus far, Netflix has proven that American content can travel well and that local shows for markets like Japan, France, Italy, and Latin America also can enjoy great success. At 400 million subscribers, Netflix would dwarf all existing media conglomerates, another example of the unique scale that can be achieved today only by an internet company.