The burgeoning era of digital decision-making and outcome measurement could transform the way that farmers manage their land. More than a third of the land in the United States is agricultural, and farmers have always relied on data to guide their decisions. For example, The Old Farmer’s Almanac is the oldest continuously published periodical in the US, with its weather tables dating to back to 1792.

Managing a successful farm requires several key decisions and diligent oversight. Many important catalysts determine whether or not a farm is profitable, including correctly choosing when to plant, water and harvest, and where to apply fertilizer and pesticides. The average US farm stretches 434 acres (.67 sq miles), the equivalent of 260 city blocks. Software that leverages big data can improve the quality of farming decisions and simplify the oversight.

Several companies including John Deere [DE] and Trimble [TRMB] are at the forefront of agricultural big data innovations, but the leader is Monsanto [MON].[1] Its 2013 purchase of Climate Corporation included a proprietary dataset that matches 60 years of crop-yield data with precise soil-quality information and hyper-local weather information. The dataset is the informational base for a new suite of products known as ClimatePro, optimizing Monsanto’s accumulated knowledge of seed response to conditions. ClimatePro advises farmers on optimal planting and harvesting dates and soil nitrogen levels, as well as pest and disease risk, and overall field health.

According to Monsanto’s marketing material, these optimizations yield rewards. The average farmer income is $70,000 before taxes. As shown in the chart below, ClimatePro has the potential to increase that by more than 40% to almost $100,000 after netting out the roughly $6,500 for the software. 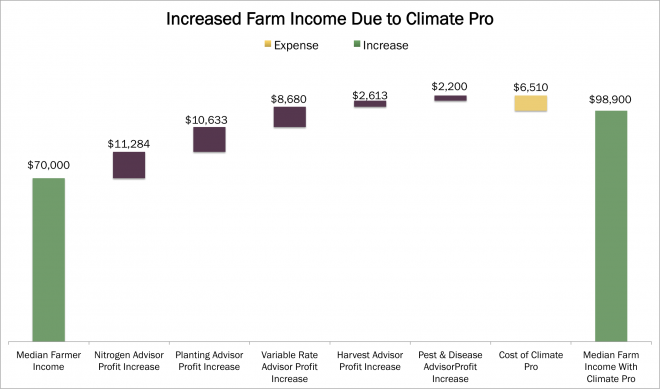 CimatePro is good for both the farmer and Monsanto. A product in its earliest stages, it covers just 0.1% of all American farming acres. If every acre of US farmland were to adopt Climate Pro then it would generate almost $14 billion in revenue, almost equal to its 2014 fiscal year revenue of $15.8 billion. Though adoption rates are unreported, Monsanto will likely be able to take advantage of its relationships with existing customers, who already enjoy increased yields from GMO seeds.

Monsanto is not the only company eyeing organic growth in digital soil, but it is one of the first movers. It seems well positioned to transform big data into big dollars. 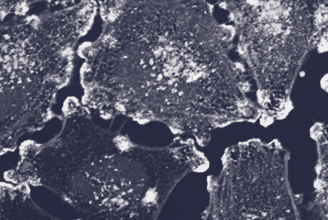