Despite speculation to the contrary, lithium resource constraints are unlikely to short circuit accelerating electric vehicle (EV) sales. ARK believes global lithium reserves[1][2] will continue to grow even as lithium production rises to meet EV demand. Lithium mining companies with low-cost resources stand to benefit as new higher cost supply comes on line. During the next six years, as the global demand for electric vehicles increases roughly 50 fold,[3] we think lithium and lithium-related companies could prove to be productive investments.

The shortage thesis typically includes an assumption that lithium reserves will stagnate at current levels while production rises to meet the demand for EVs. Even at today’s lithium reserve levels, however, EV manufacturers could produce 45 million units annually for 78 years. That reserve-to-production ratio is higher than that in either copper or oil.[4] In fact, according to BP [BP], oil reserves never have topped 55 years of oil production.[5] Lithium is unlikely to drop to 55 years even under the massive acceleration in EV uptake that ARK anticipates. 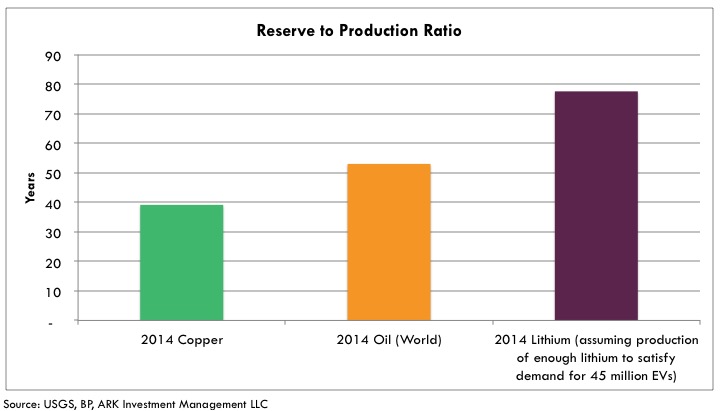 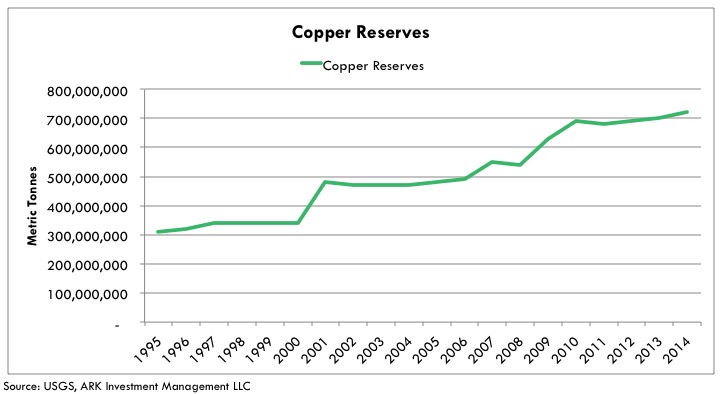 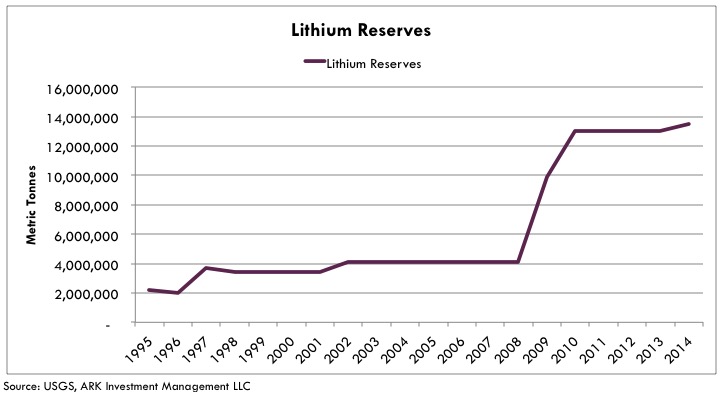 Given the nearly exponential ramp in EV demand that ARK anticipates during the next five to ten years, lithium prices probably will have to rise significantly to meet the cost of extracting it at the margin. Then, in our opinion, large mining companies like FMC [FMC], Sociedad Quimica y Minera de Chile [SQM], Albermarle [ALB], and Orocobre [ORE] will be incentivized to prove out additional reserves and increase annual production. 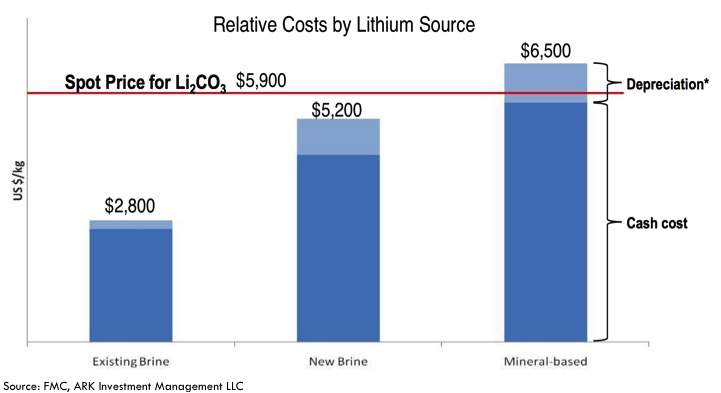 While those cautions qualify ARK’s assessment, the rapid scaling of lithium demand-growth that ARK anticipates will have little historical precedent. The uranium boom of the 1950s is perhaps the best analogue. While unlikely to inspire movies or episodes of Jack Benny, such a lithium boom should give us a half decade of “white oil.”