Friction in the labor market costs the U.S economy more than $630B per annum as shown in the chart below. Given ARK’s expectations for an acceleration in job turnover thanks to automation, this number should be expected to grow. Bad news? Not for everyone: these frictions present tremendous opportunity for companies that help firms reduce time-to-hire, provide workers with new skill-sets, and train new employees more efficiently. Though automation, robotics, and 3D printing tend to take center stage in industrial innovation, employee education and training is an equally important and often overlooked opportunity. 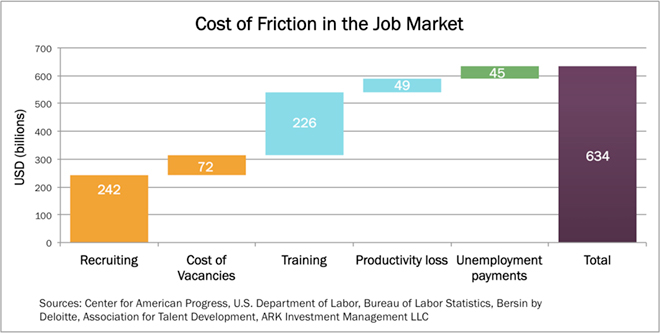 The largest cost associated with friction in the labor market is regular employee turnover. Firings, resignations, and retirements will account for 58 million separations this year.[1] Given a total of only 142 million non-farm employees in the economy,[2] separations impact 40% of all jobs every year.

ARK calculates that recruiting costs alone will account for more than $240B of spending in 2015. Finding and wooing attractive candidates for open positions is expensive, at roughly $4,000 per hire.[3] These expenses include the use of external tools, the costs of internal resources devoted to assessing potential candidates, and the onboarding costs of bringing on a new employee.

Despite the high cost of recruiting, companies can’t leave positions vacant: unfilled job-slots cost firms roughly $70 billion a year. The explanation is simple: when a position remains unfilled, existing employees have to put in overtime, or temporary staff has to be brought on board, and both options are expensive. All-in, it takes an average of two months to fill a position.[4]

The second biggest cost arising from labor market friction occurs after the employee has been hired. It takes roughly five months before an employee reaches 100% productivity [5] and, in total, companies devote vast resources bringing new employees up to speed. In addition, companies lose output during the training process itself.

Training employees costs roughly $230B per year by ARK’s estimates. More than two thirds of the cost, or $170B, is on direct training materials and courses, a disproportionate amount of which is devoted to new hires.[6] Moreover, as routine jobs become automated, more highly skilled jobs are created and require additional training. Consequently, as the chart below shows, spending on training has increased steadily since 2010. In addition to the direct cost of training, new hires impose an indirect burden, as they require additional time and attention from co-workers and supervisors. 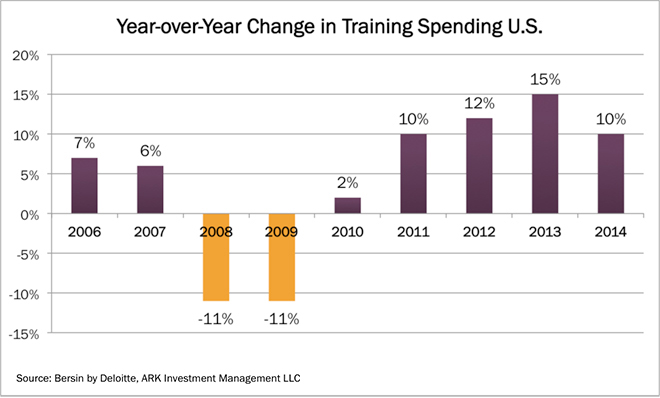 In addition to the costs of training, ARK calculates a total loss of $49B in output while new employees ramp toward full productivity. As automation increases worker productivity ARK expects revenue per employee to double over 20 years. This will drive the opportunity cost of unfilled and underperformed jobs even higher.

While ARK’s research shows that automation won’t lead to rampant unemployment [8], it will fuel the underlying drivers of friction in the labor market by increasing job turnover and employee training requirements. As seen in the chart below, ARK expects automation to account for an additional 300,000 separations in 2020, 2.5 million separations in 2025, and as many as 8 million in 2030. The increase in employee turnover could cost the economy an additional $3B in 2020 alone and as much as $80B per annum by 2030. 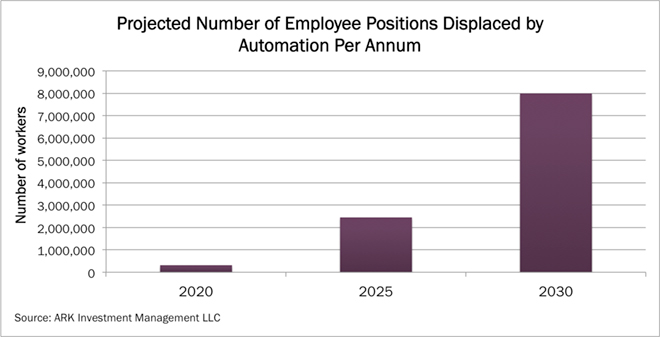 Of course, ARK doesn’t expect to see the cost burden grow so large. As automation continues to create new positions and increases employee turnover, there will be a growing opportunity for companies like Cornerstone OnDemand [CSOD], ManpowerGroup [MAN], Adecco [AHEXY], Workday [WDAY], Robert Half International [RHI], Randstad Holding [RANJY] and LinkedIn [LNKD], to drive substantial efficiency into the market. Literally hundreds of billions of dollars in productivity potential depends upon their ability to do so. 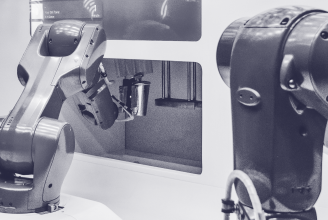 Tags: Automation, Sustainable Investing
See More
See all articles
You are leaving ark-invest.com
By clicking below you acknowledge that you are navigating away from ark-invest.com and will be connected to ark-funds.com ARK Investment Management LLC manages both web domains. Please take note of ARK’s privacy policy, terms of use, and disclosures that may vary between sites.
PROCEED