According to ARK’s research, industrial robot [1][2] costs will drop by 50-60%, to levels much lower than most analysts now anticipate, by 2025. Combined with advances in machine learning and computer vision, this drop in costs should cause an inflection point in the demand for robots as they infiltrate new industries with more provocative use cases. These factors are behind ARK’s forecast for 3.4 million robot unit sales in 2025, up from roughly 380,000 in 2017. 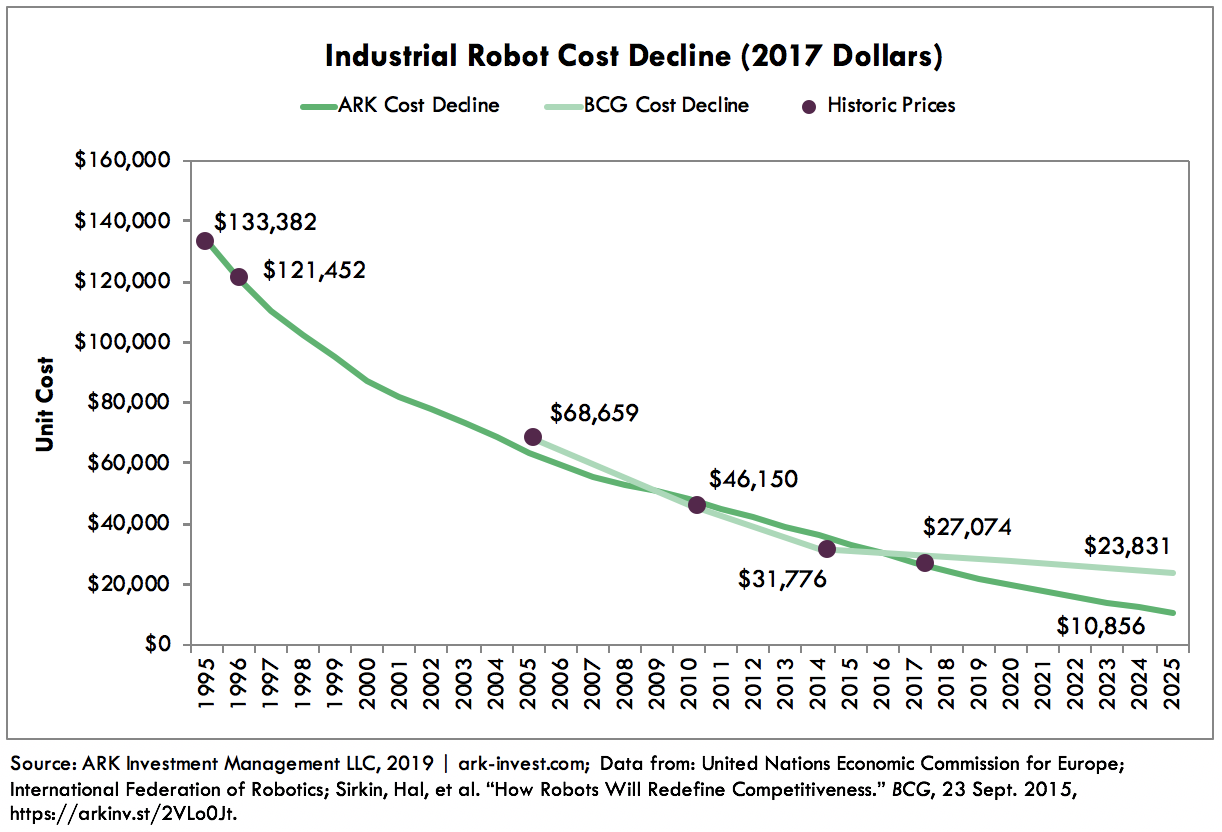 ARK anticipates that industrial robots will cost less than $11,000 per unit, much less than the Boston Consulting Group’s (BCG’s) expectation of roughly $24,000, by 2025, as shown above.[3] Fundamental to our analysis is Wright’s Law: that is, for every cumulative doubling in number of units produced, costs will decline by a consistent percentage. In the robotics space, that cost decline – known as the learning rate – has been roughly 50%.  Based on historical production and pricing data, ARK’s application of Wright’s Law suggests that BCG’s expectations are far too conservative. 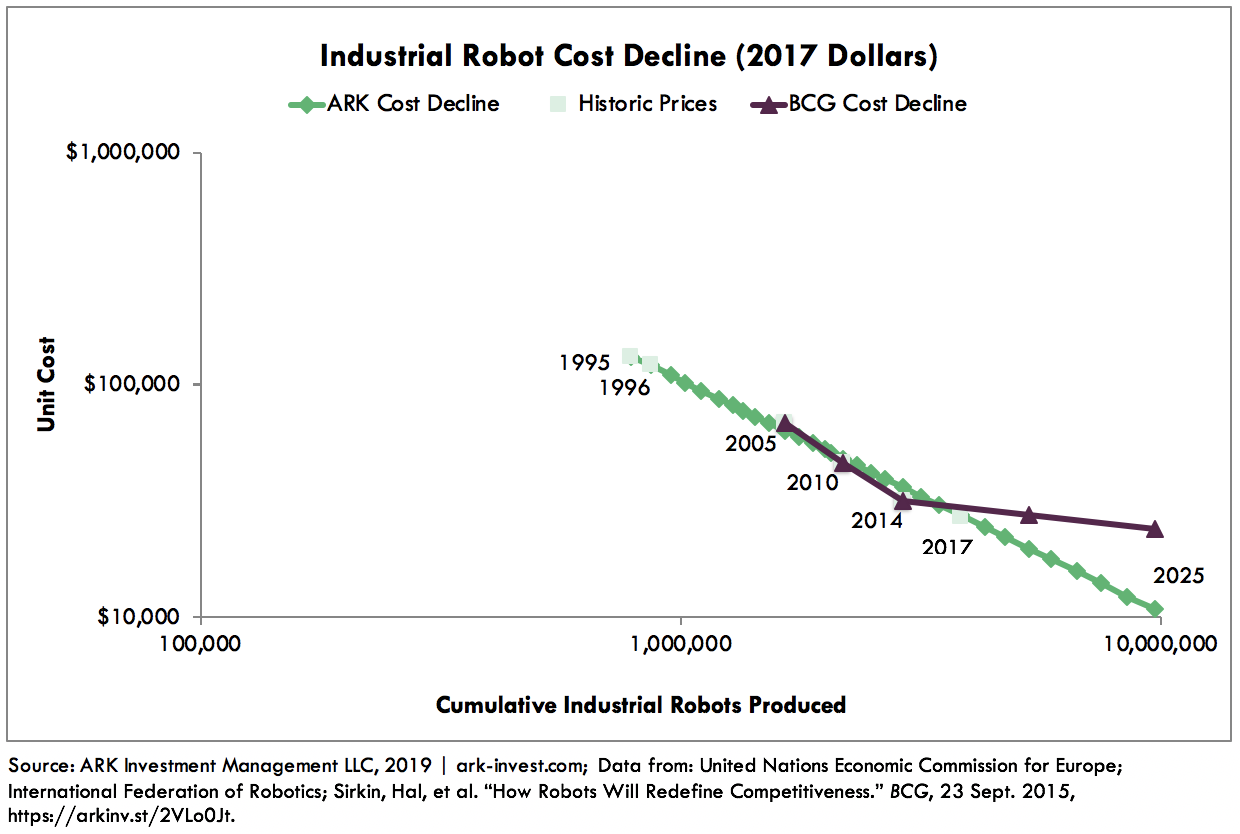 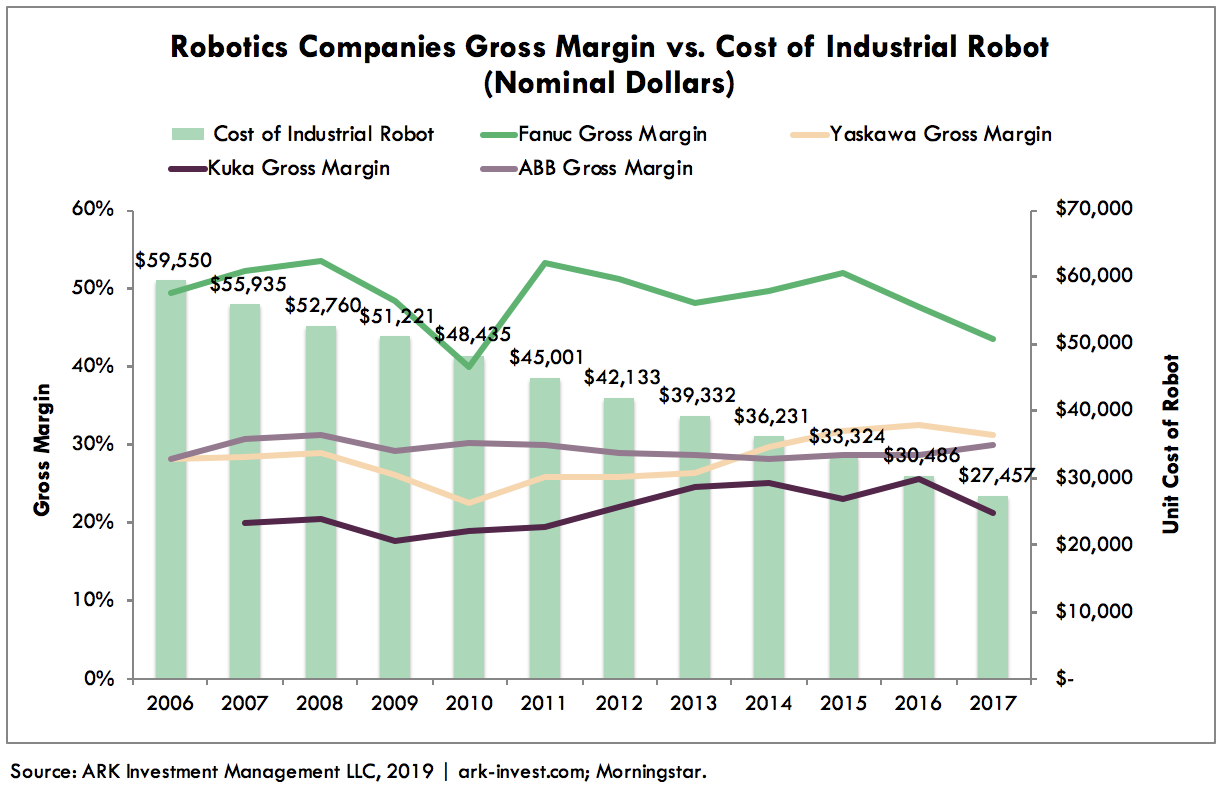 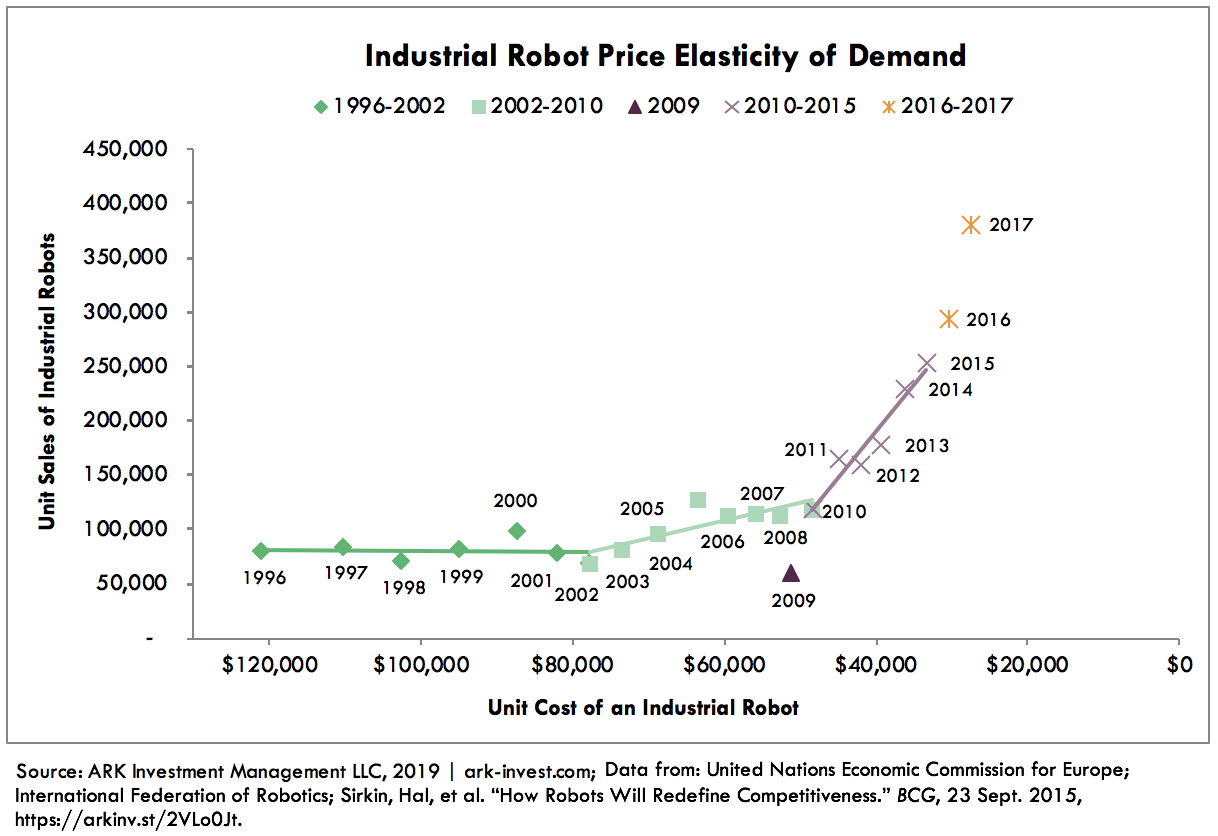 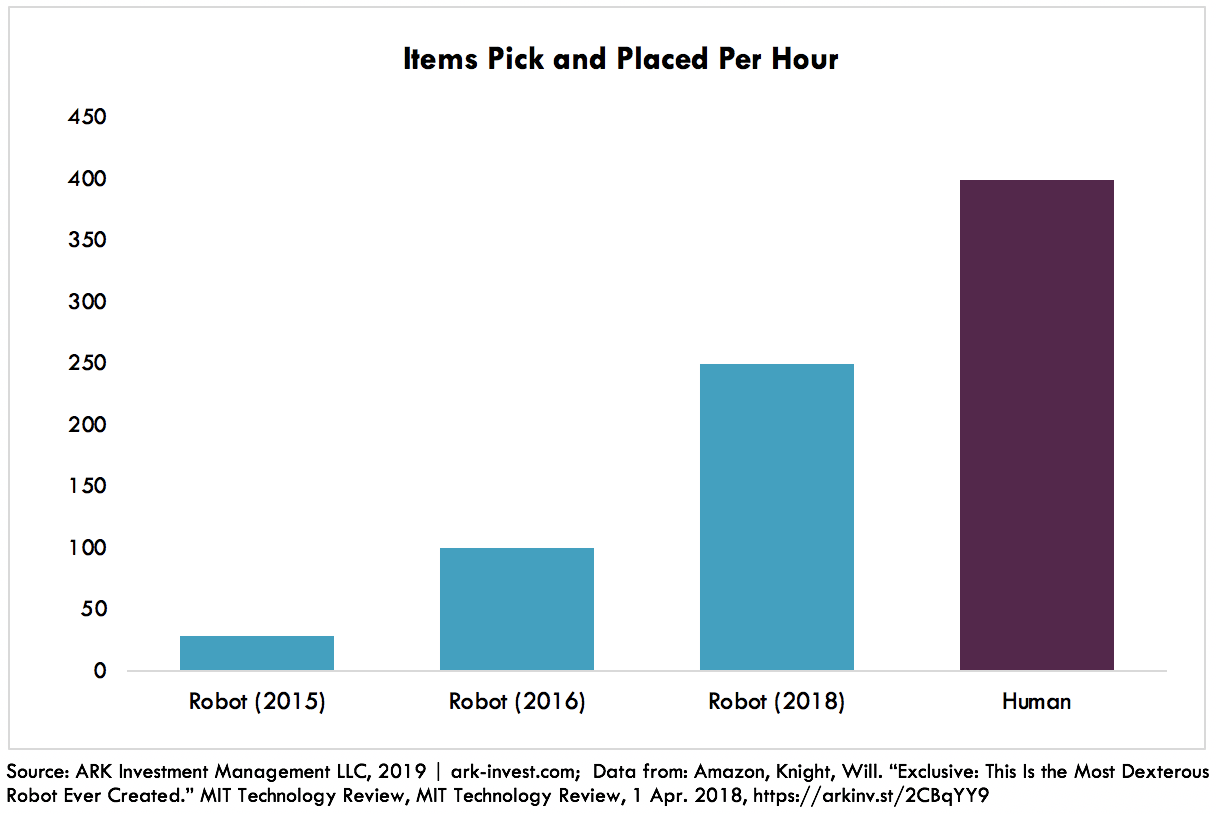 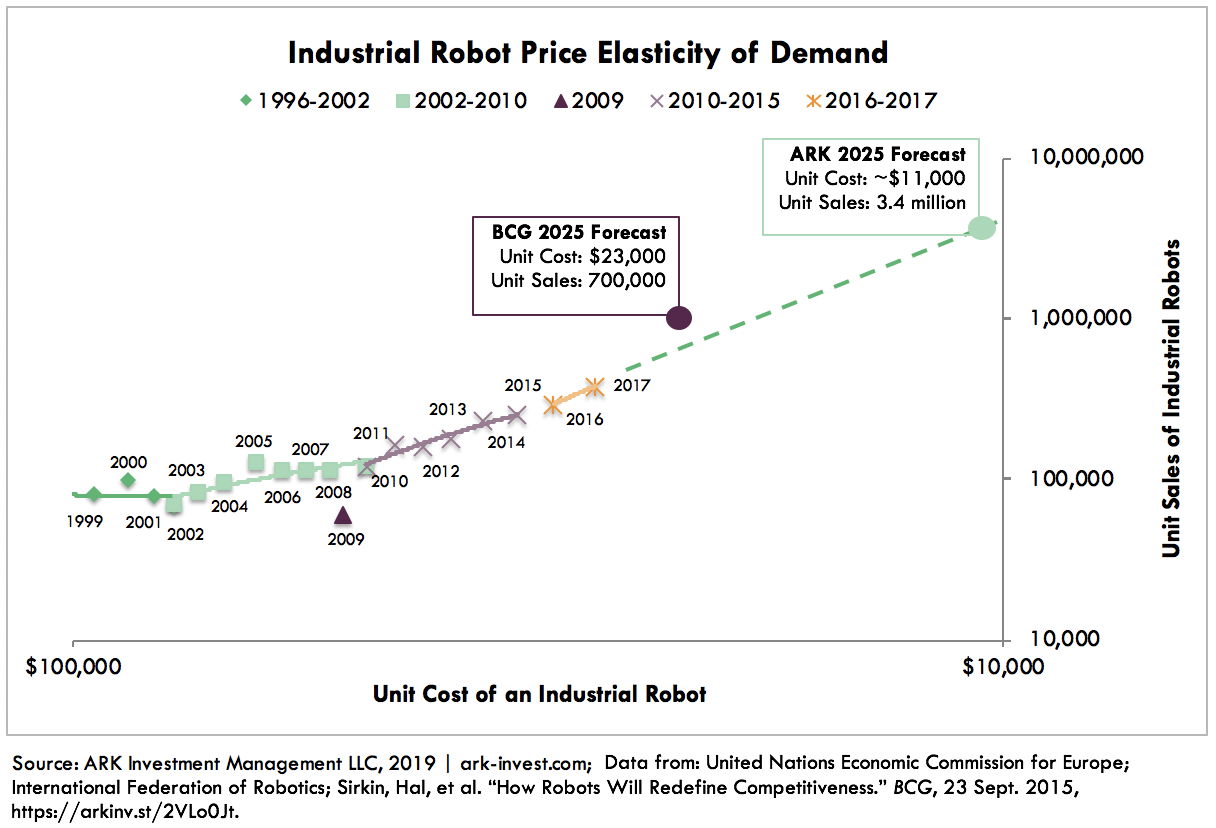 As computer vision, machine learning, and new sensing capabilities impact robots, not only will their performance improve but other costs associated with installation and integration should fall as well. For example, they will require little or no human programming and will be able to roam freely instead of being trapped in safety cages and by other barriers.  As a result, the industrial robot market will hit many more tipping points, surprising on the high side of expectations, perhaps dramatically, during the next few decades.