The debate over drug pricing has intensified significantly after the recent approval of two CAR-T therapies, Kymriah and Yescarta. CAR-T is a type of gene therapy that harnesses a patient’s immune system to attack and kill cancer cells, providing a potential cure for metastatic cancer. Kymriah was the first CAR-T approved, for pediatric acute lymphoblastic leukemia (ALL), and Yescarta the second, for relapsed/refractory aggressive non-Hodgkin’s lymphoma.  Many other gene therapies are in the pipeline awaiting approval.

While gene therapies are beginning to cure cancer, they come at a price that can cause sticker shock. Kymriah, for example, is priced at $475,000 and Yescarta, $373,000.  That said, compared to traditional therapies that suppress but do not cure cancer, the cost-benefit analysis of gene therapy is compelling.

As with most technologies, the price of gene therapies could decline as the market for them scales. The chart below illustrates the price elasticity of demand associated with gene therapies.  Not surprisingly, the cost of these therapies is falling as they address larger eligible patient populations.  In that light, Gilead’s [GILD] purchase of Kite Pharmaceuticals [KITE] seems to have been well-timed. 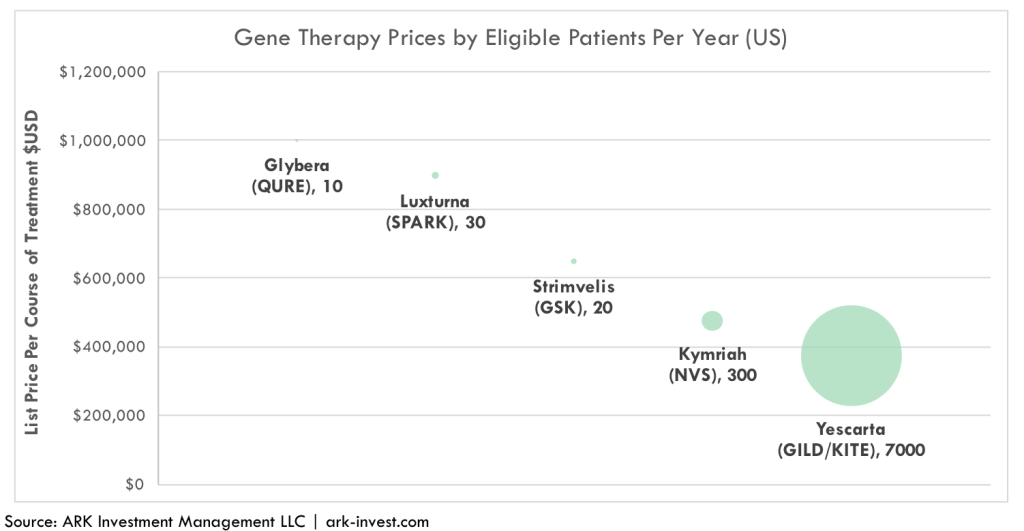 Interestingly, at this early stage of the gene therapy market analysts are becoming concerned that the CAR-T space – especially that associated with non-Hodgkin’s lymphoma – is getting saturated and could result in a pricing war.  The facts suggest otherwise. While Yescarta addresses 7,000 patients in the US today with stages 3 and 4 non-Hodgkin’s lymphoma, it has yet to be approved for the roughly 72,000 patients diagnosed in all stages every year. Based on Yescarta’s current list price of $373,000, its addressable market is $27 billion per year, nearly the same size as Gilead’s current revenue run rate. 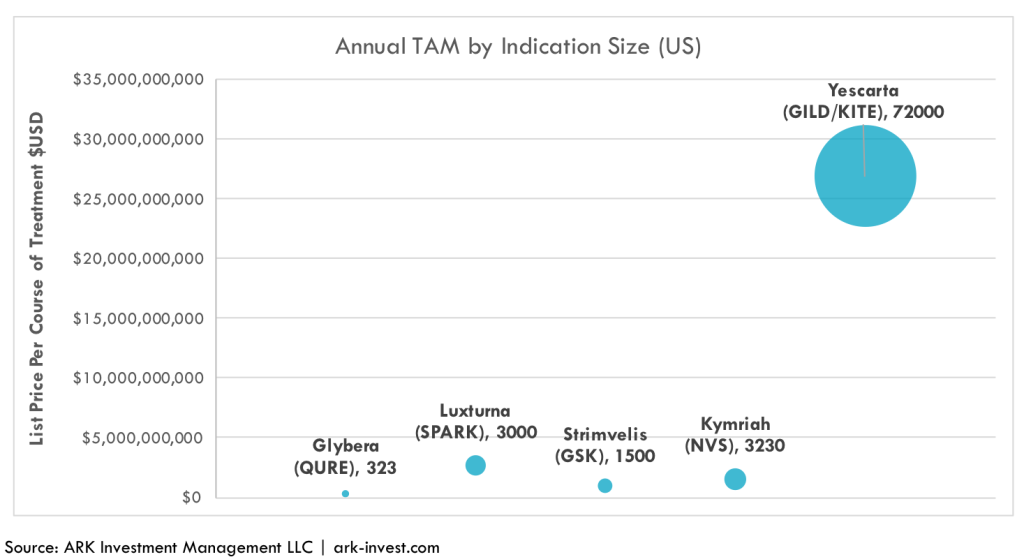 At this time, the manufacturing of CAR-T therapies is complicated, laborious, and limited. If it proves to be the cure to cancer that Kymriah and Yescarta are suggesting, then the capacity for CAR-T therapies will be in short supply for years. 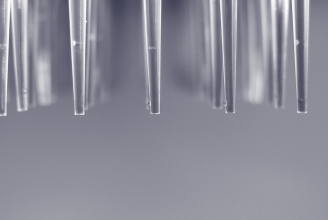 Tags: CRISPR, Genomics, Health, Molecular Medicine
See More
See all articles
You are leaving ark-invest.com
By clicking below you acknowledge that you are navigating away from ark-invest.com and will be connected to ark-funds.com ARK Investment Management LLC manages both web domains. Please take note of ARK’s privacy policy, terms of use, and disclosures that may vary between sites.
PROCEED