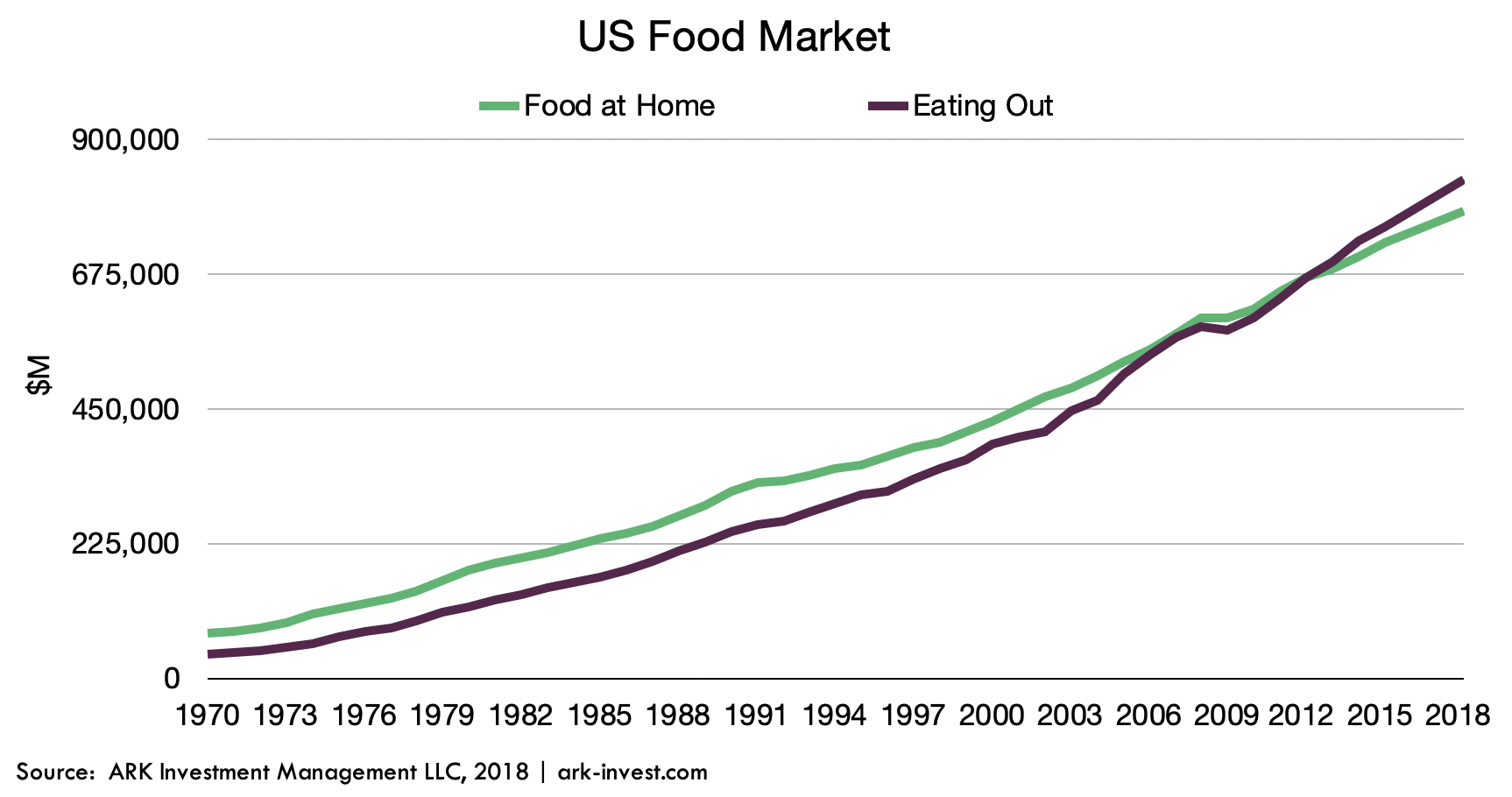 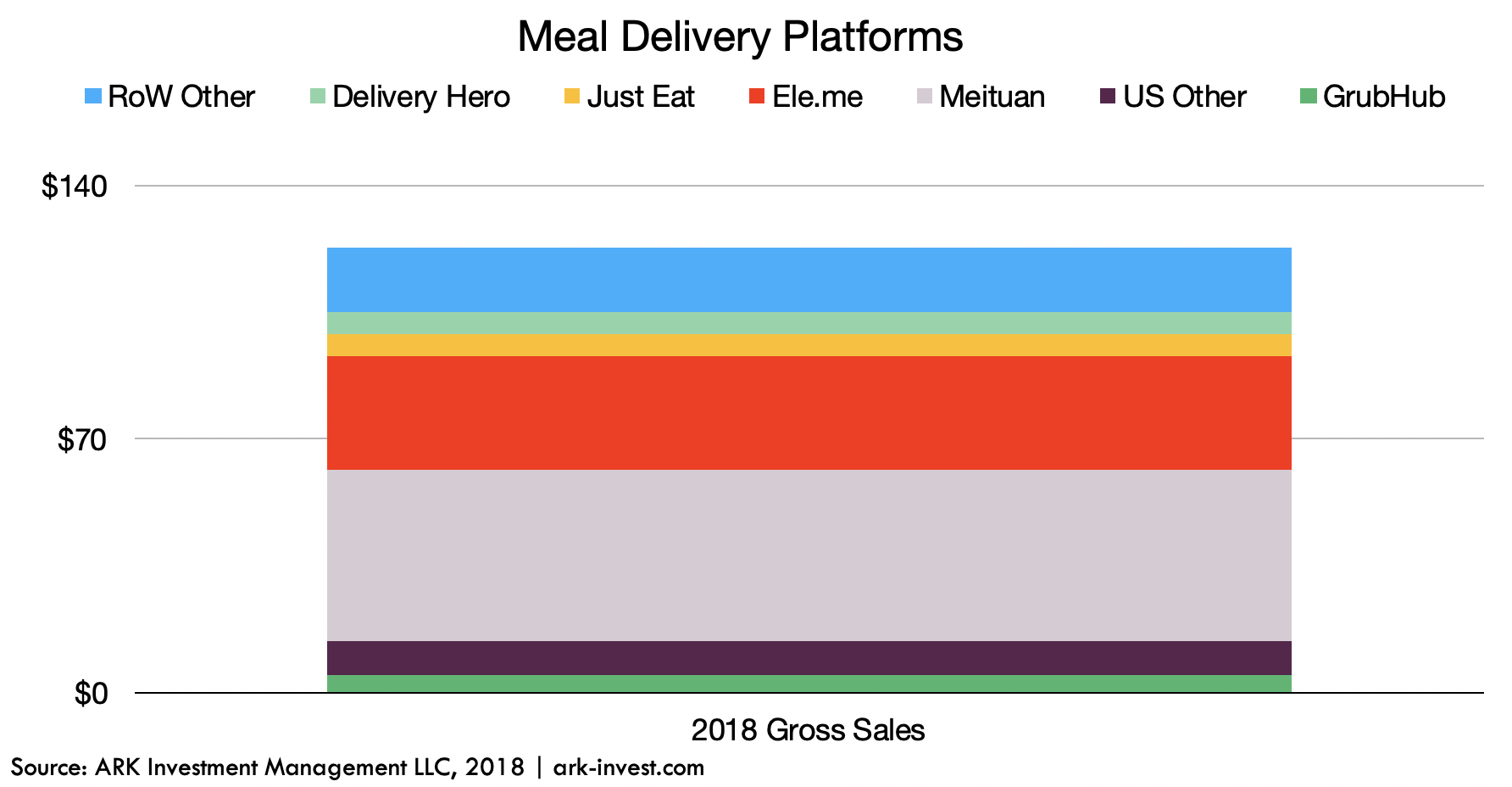 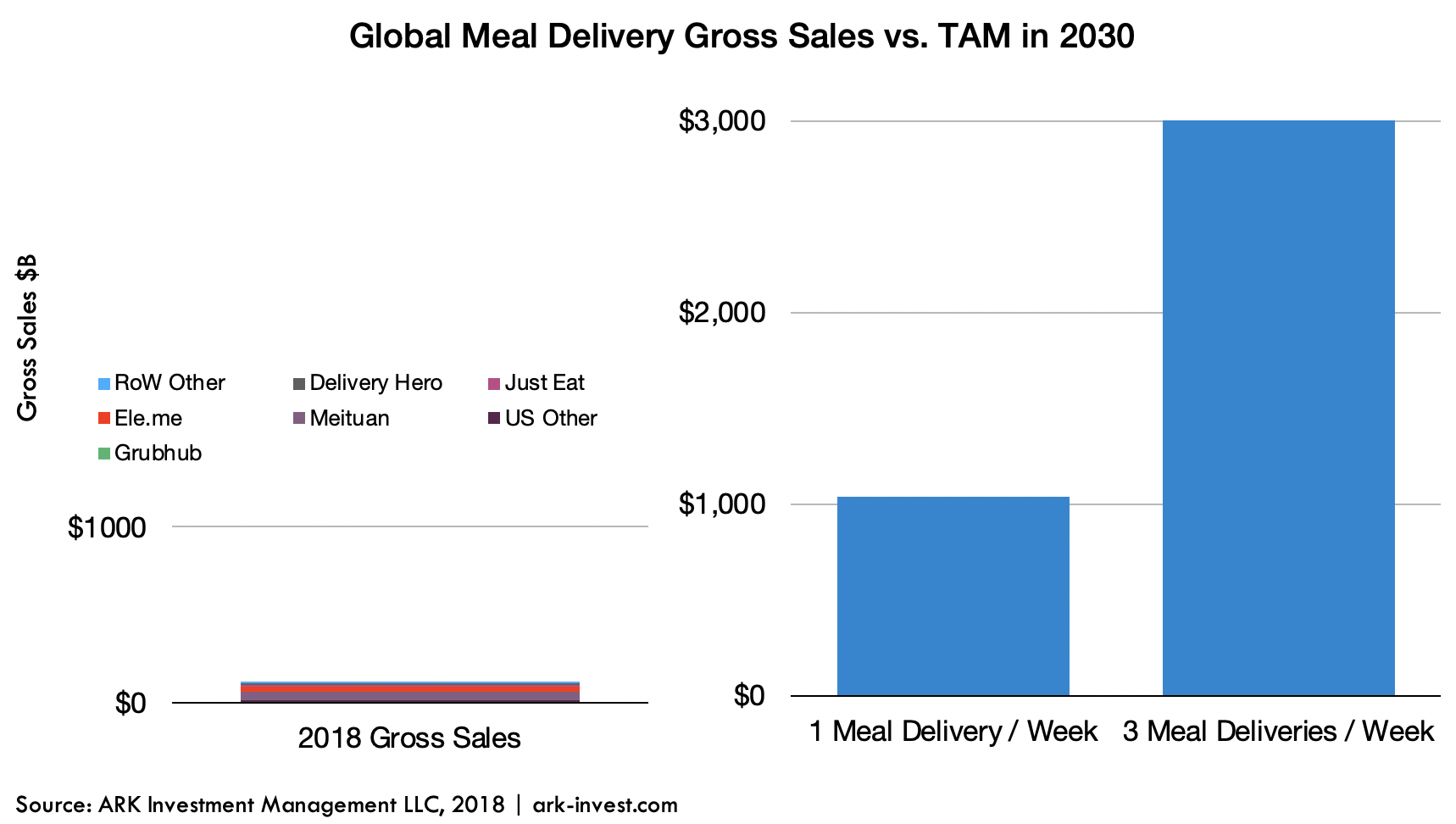 If 2.8 billion consumers in 2030 were to access meal delivery services once a week at an average cost of $7 per meal, the market would scale nearly 10-fold to roughly $1 trillion at an annual rate, as shown above. If adoption were to hit 3 meals per week, the market size could reach $3 trillion. Interestingly, Meituan users already order through the service more than three times a week, suggesting that our estimates could be much too conservative. In other words, at an implied penetration of just 4% today, the $120 billion global meal delivery market [1] is nascent relative to its long-term opportunity.