ARK’s research shows that for the past three years, electric vehicle (EV) forecasts have increased significantly, with a consensus forming recently around four million units for 2022. According to ARK’s research, global EV sales will be more than four times higher than expected, or roughly 17 million units. When ARK first forecast 17 million units in 2016, EV sales were approaching only 500,000, and auto manufacturers had no plans for such a burst of activity.

Only in the last year did such thinking begin to change. In January, Reuters reported that auto manufacturers have committed at least $90 billion to EV production during the next five to ten years, suggesting roughly 6.3 million units at current rates of capital efficiency. Ford [F] and Tesla [TSLA], however, argue that they are poised to realize significant EV manufacturing efficiencies, pointing to production capacity closer to 12.6 million, as shown below. ARK expects investments to ramp even further, closing the gap between current expected production capacity and ARK’s forecast of 17 million units. 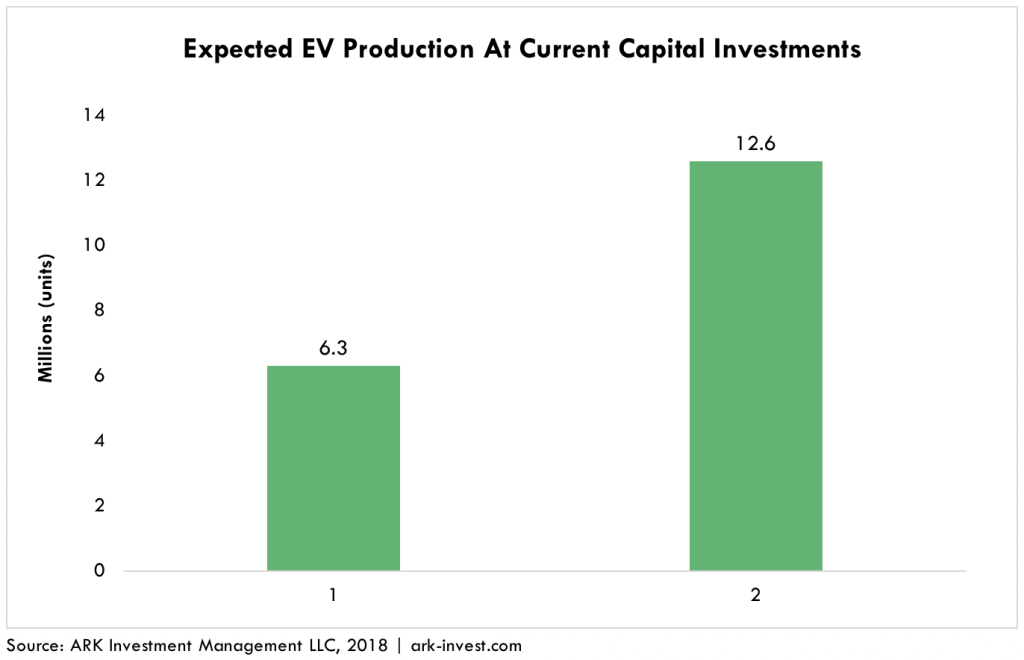 To gauge the history of capital efficiency in the auto industry, ARK compared annual auto production to the industry’s installed base of capital equipment and structures from 1960 to 2016. As shown below, the amount of capital required to produce a car powered by an internal combustion engine (ICE) in the U.S. has been rising steadily. As of 2016, the auto industry had invested more than $14,000 in fixed assets for every car produced that year, suggesting that $90 billion would provide capacity for roughly 6.3 million EVs annually. 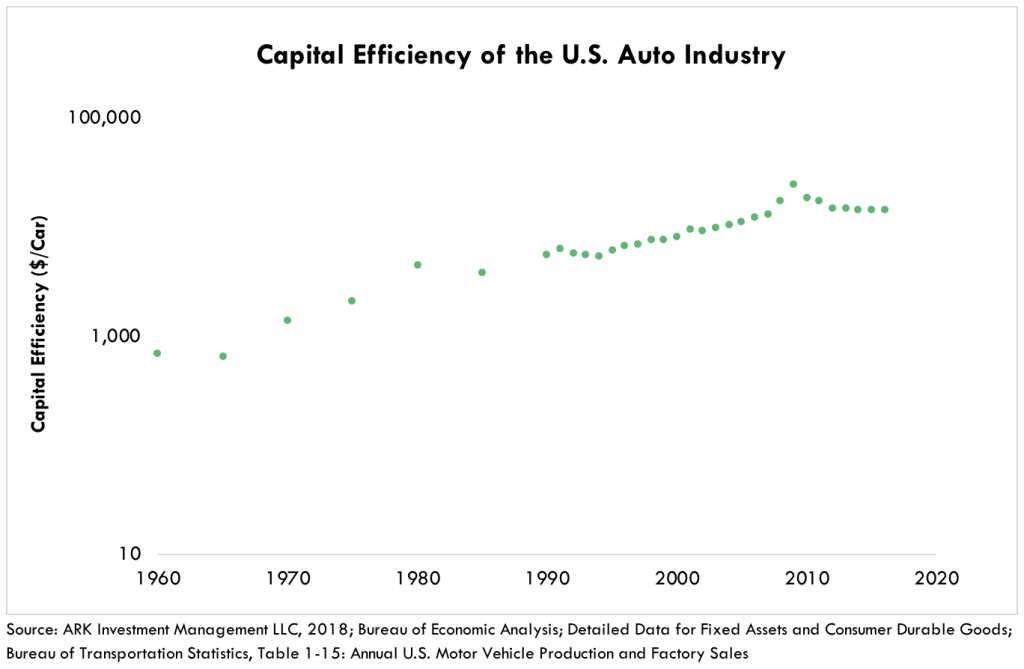 With a fraction of moving parts, EVs should be manufactured much more efficiently than gas-powered cars. As shown below, Ford expects significant efficiencies, not only a 50% reduction in factory capital investment but also a 30% savings in labor productivity. Also interesting to note, on Tesla’s fourth quarter earnings call, Elon Musk suggested that the Model Y could be twice as capital efficient as the Model 3. Consequently, $90 billion could facilitate the production of roughly 12.6 million EVs per year. 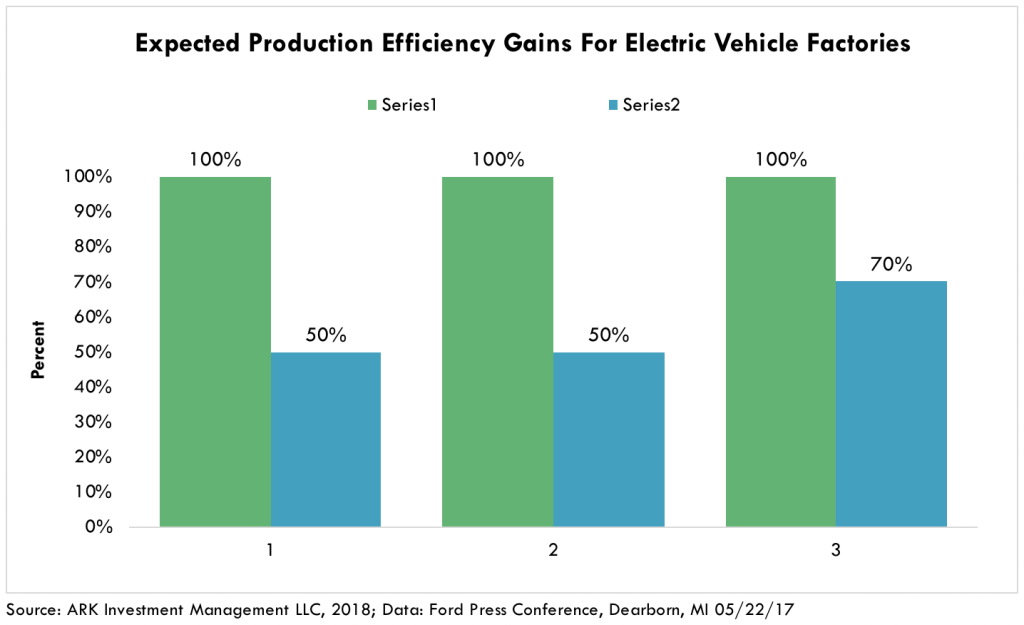 Given the production commitments announced almost daily, especially in Asia, ARK would not be surprised to see EV forecasts rise toward the 17 million unit range by 2022.  That said, the ride between here and there could be quite bumpy, as Tesla has highlighted with the ramp of the Model 3.