Thanks to peer-to-peer applications like Venmo and Square’s Cash App, 2017 was a milestone year for digital wallets. According to our estimates, these two digital wallets had attracted 21 million users in the US by the end of 2017 and have scaled another 60-80% to 40-45 million this past year, swamping the number of depositors added at traditional banks.[1] Venmo, the popular social-network and peer-to-peer wallet, has attracted nearly 30 million users, trailing the number of depositors only at Bank of America, J.P. Morgan Chase, and Wells Fargo. Introduced in 2013, Square’s Cash App inflected in 2017, jumping from 2 million to 7 million active customers, on its way to nearly 15 million this year and bordering on the top ten “deposit” bases. 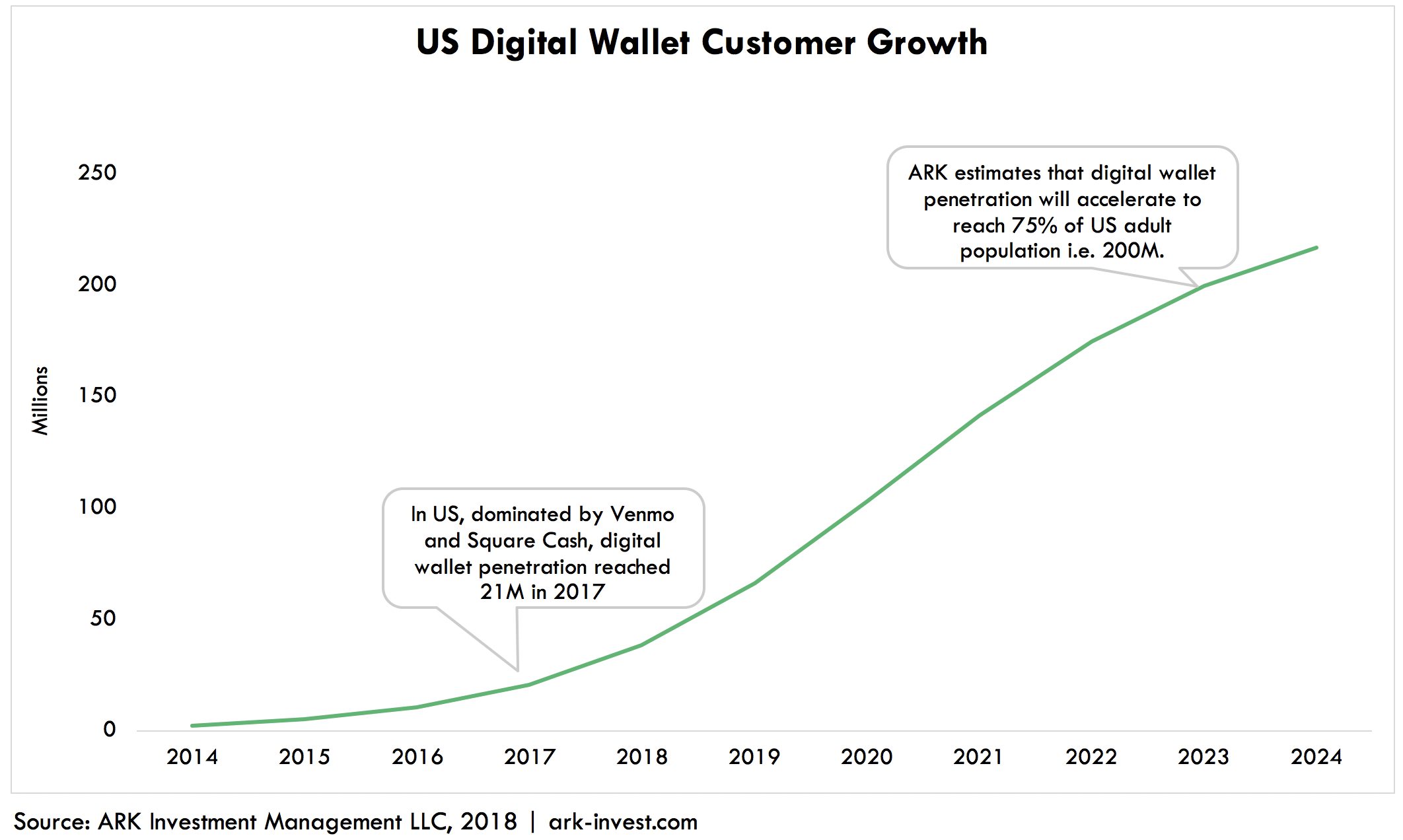 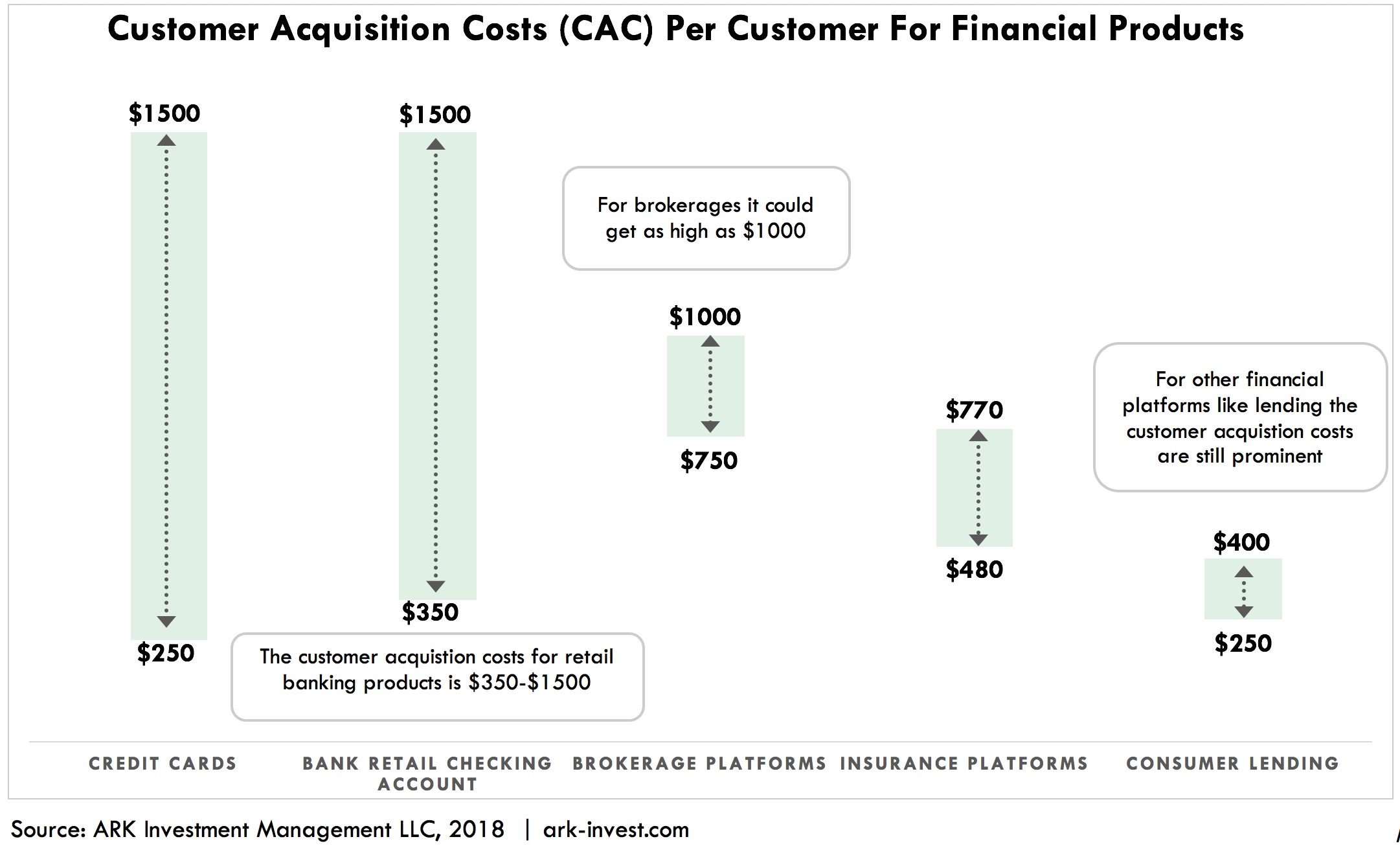 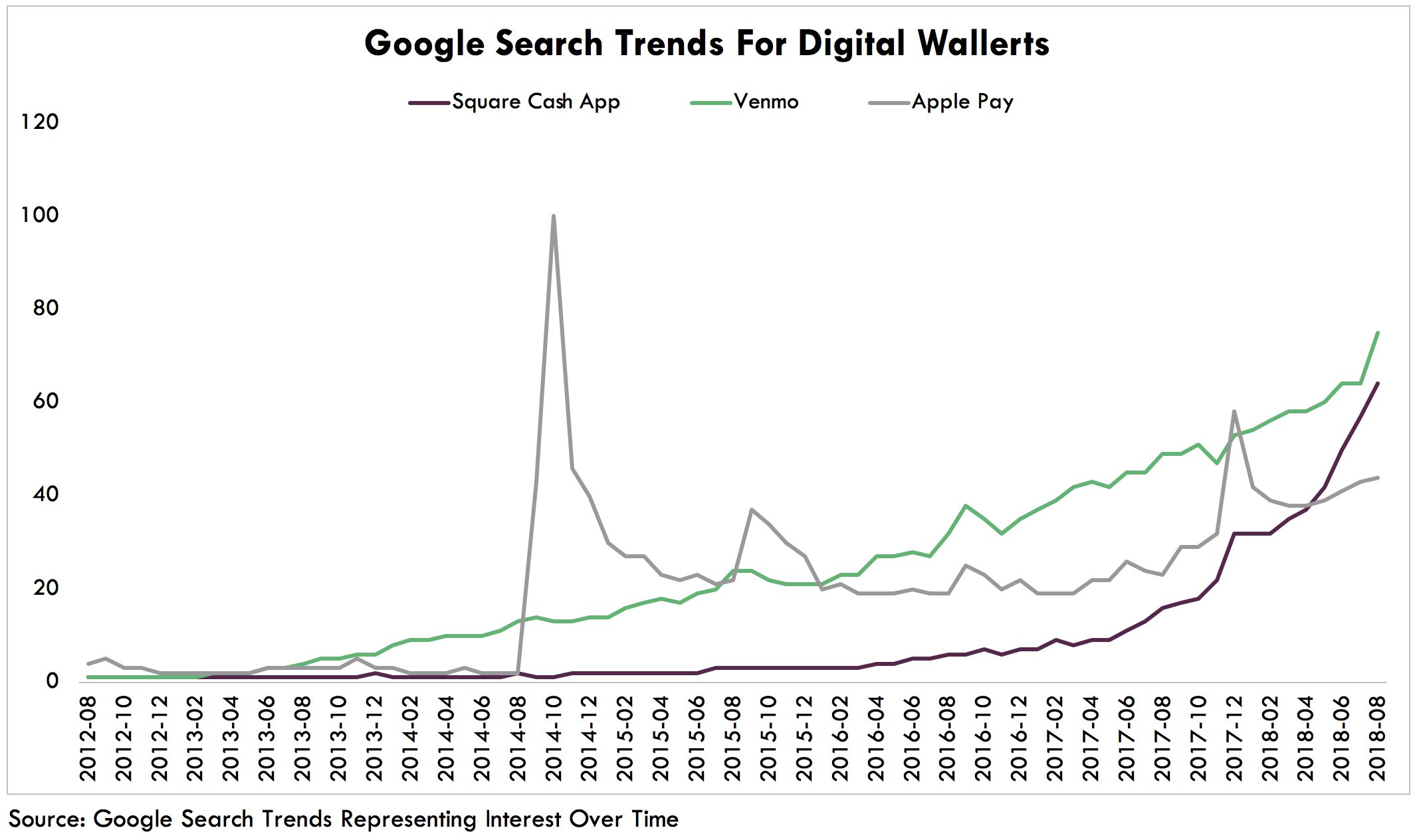