Intelligent software could “eat” into diagnostic radiology, just as it has eaten countless other industries. We think the result, deep learning based diagnostics software, will likely lead to faster, cheaper, and more accurate diagnoses on a global scale. The key enabling technology is deep learning, a form of artificial intelligence (AI) that has established benchmarks in a broad range of applications. ARK estimates that the total global addressable market for computer aided diagnostics (CADx) software could be $16B, as shown below. From a $1B base today, we think medical software companies and imaging device manufacturers have a strong and long revenue runway ahead, ready to revolutionize radiology. 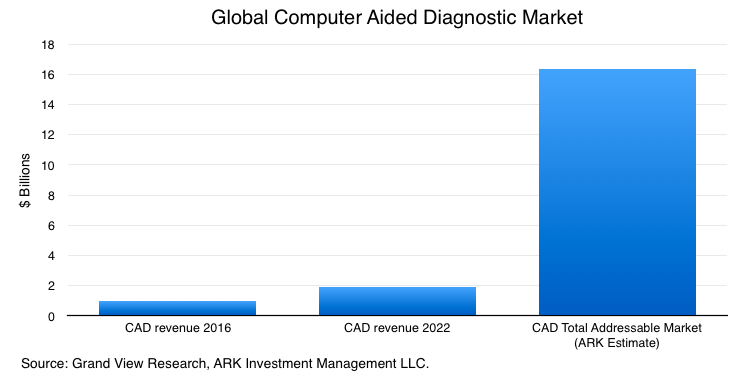 Critical to radiology is medical image diagnosis, a laborious and error prone process. Historically, the average diagnosis error rate among radiologists is around 30%, according to studies dating from 1949 to 1992. Radiologists often miss or misdiagnose lung cancer nodules, as well as 30–70% of breast cancer cases, especially in earlier stages of development. Many times, they do detect breast cancer via mammography but could have diagnosed it earlier upon a second look at prior mammograms.

IBM [IBM], however, may have the most ambitious effort to apply deep learning to radiology. In 2015, IBM acquired Merge Healthcare, a radiology software provider that has 30 billion patient images, an ideal dataset for training IBM’s Watson AI. Coupled with IBM’s deep learning expertise, this dataset will be difficult to match, either by startups with limited access to data or industry incumbents with limited deep learning expertise. That said, Watson’s radiology AI is early in its development cycle, with commercial deployment approximately five years away. 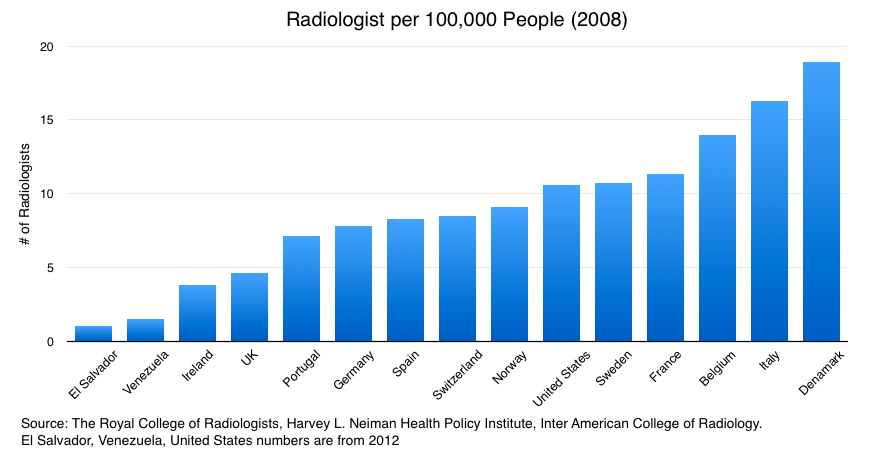