Based on our analysis, the robotics industry will be much larger than most experts anticipate, but it will not drive the unemployment rate up. Collaborative robots have become a disruptive force in the traditional industrial robots industry, and will turbocharge the demand for robots to levels far beyond current expectations. Historically, and to the surprise of many, robots have not limited employment in industries that have automated. ARK anticipates that the introduction of collaborative robots, which have a lower sticker price and are easier to train, will expand the market for robots significantly, without destroying jobs. 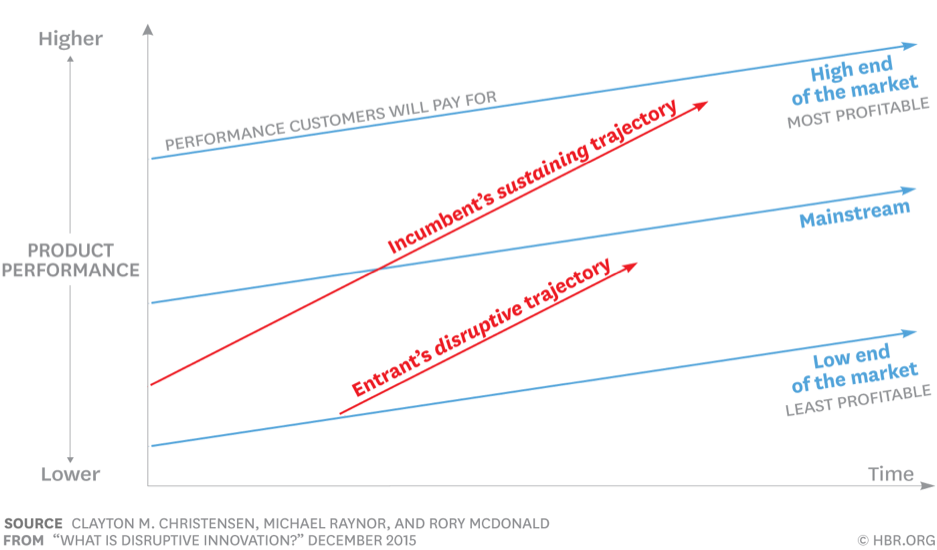 Currently, the average industrial robot costs more than $120,000 to install, with roughly a third of the cost going to setup and programming. Though hardware costs are falling, programming and setup costs are not. As a result, high upfront costs have limited the sale of industrial robots to well-established industries manufacturing products in high volumes. The auto industry is a prime example, giving incumbent robotics companies a “sustained trajectory,” as shown in the graph above. Interestingly, as shown in the two charts below, auto manufacturing accounts for 44% of robots deployed in the industrial sector, but only 7% of all manufacturing jobs. 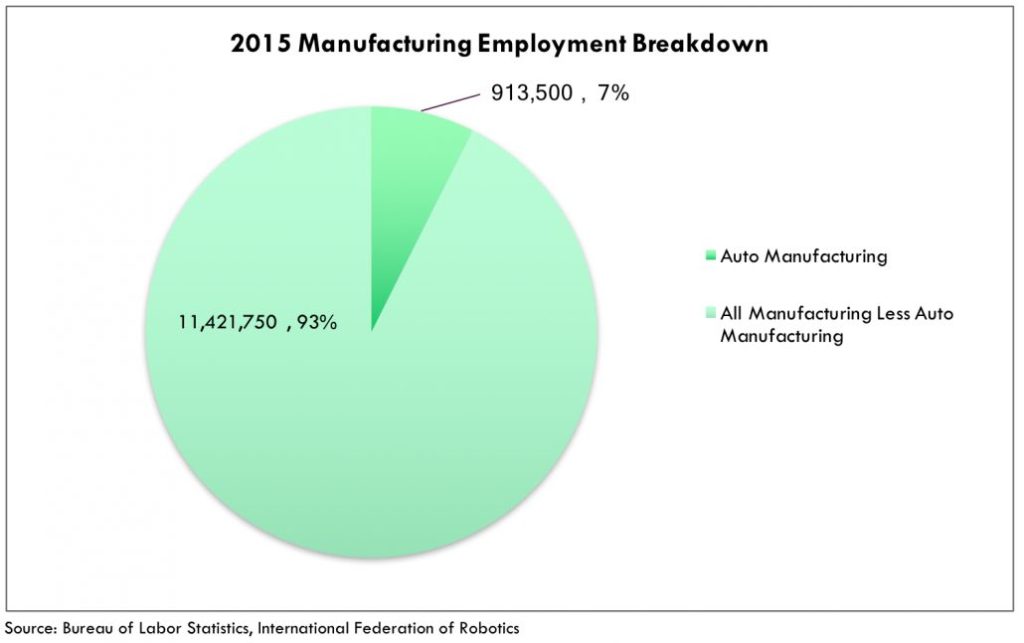 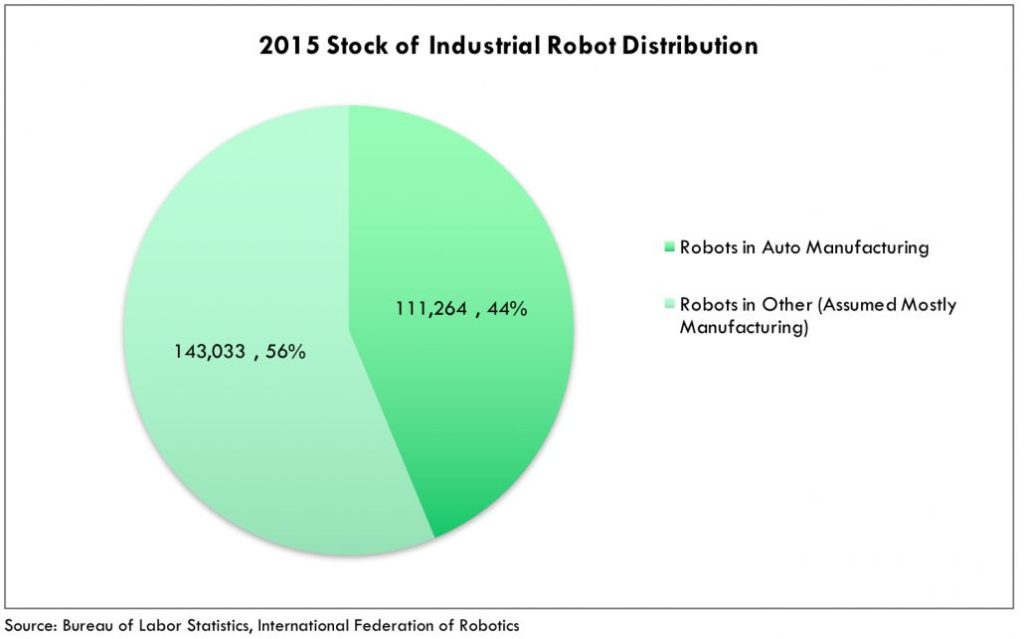 Collaborative robots, trained simply by people moving the robots’ arms, cost roughly $35,000 and could penetrate most manufacturing firms. Compared to traditional industrial robots, which typically are isolated from human workers, collaborative robots augment the activities and increase the productivity of human workers.

A deeper dive into manufacturing suggests that the auto industry concentration of robots is higher than it appears at first glance, which means that there is an even larger market for collaborative robots to penetrate than previously expected.

Below are two charts showing the characteristics of firms, the first in general manufacturing and the second in auto manufacturing. Employees per firm denotes the size of the firms, while revenue per employee illustrates how automated the firm is. In the first chart, the largest opportunity is circled in purple. The biggest peak represents roughly half of all employees and is concentrated in relatively small firms. In the second chart, the existing market is circled in green. The robot stock in the auto industry is likely concentrated in the two spikes, which represents just 16% of auto manufacturing employees. 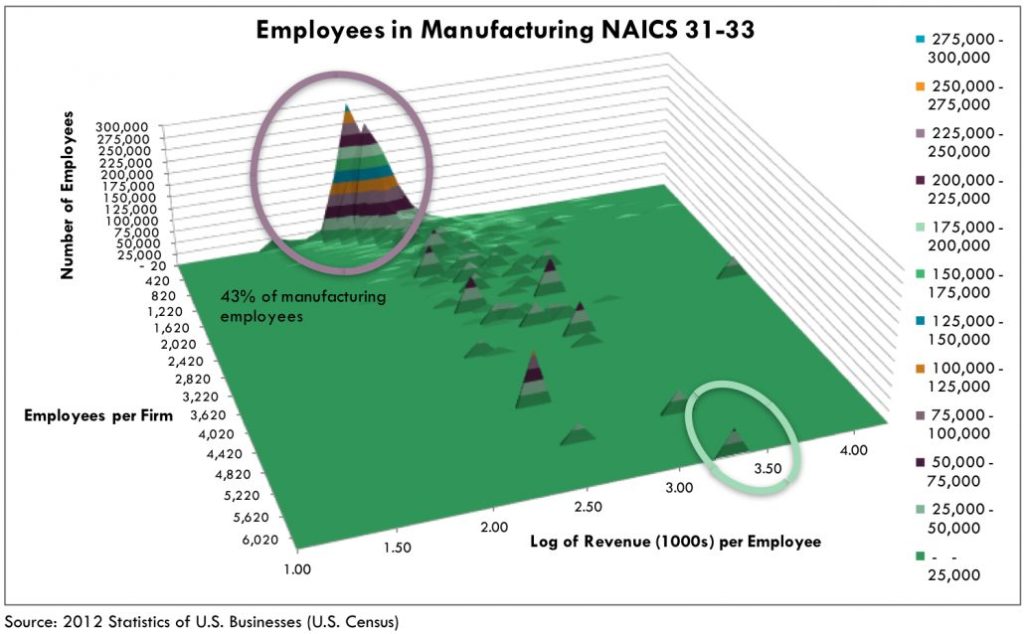 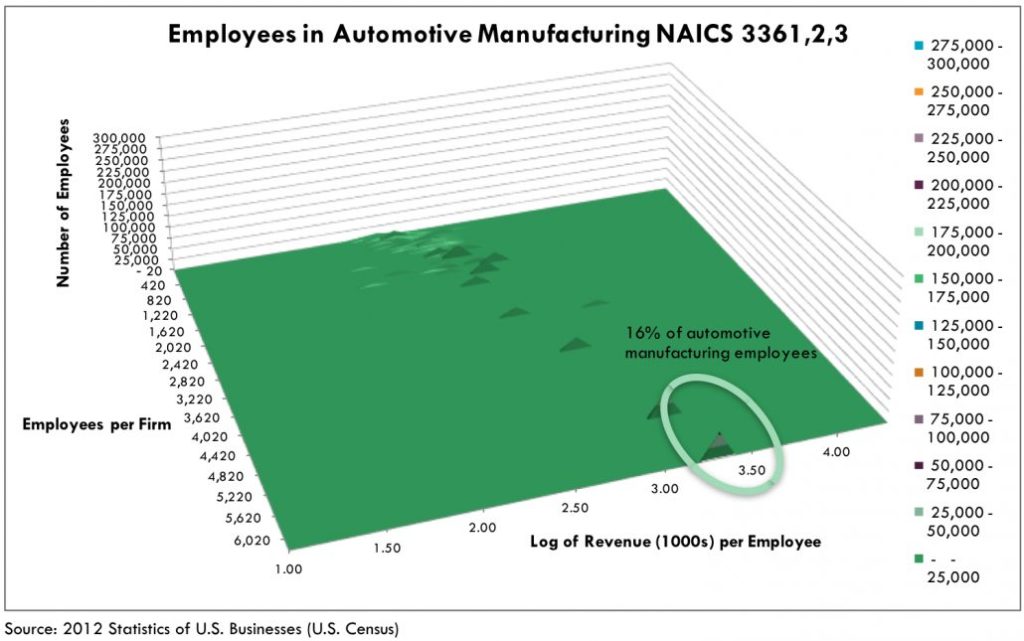 The Impact of Robotics on Manufacturing Jobs

ARK’s research suggests that headlines warning about the destruction of jobs because of automation are unfounded. As shown below, while the robot density in auto manufacturing has increased, employment in the auto industry still is rising. Robots are rising faster, but a rising tide is lifting both. 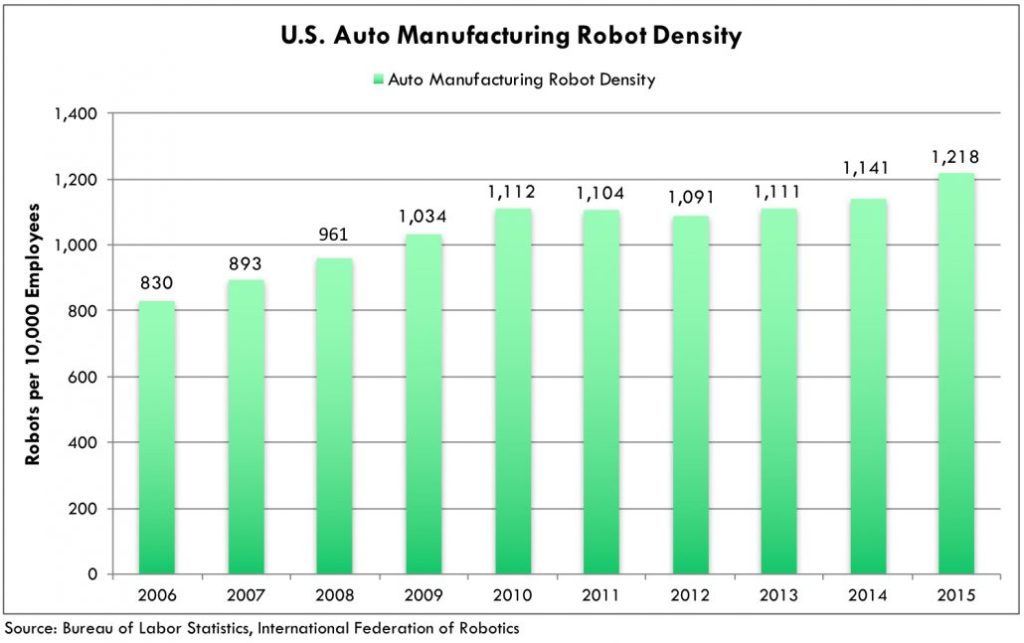 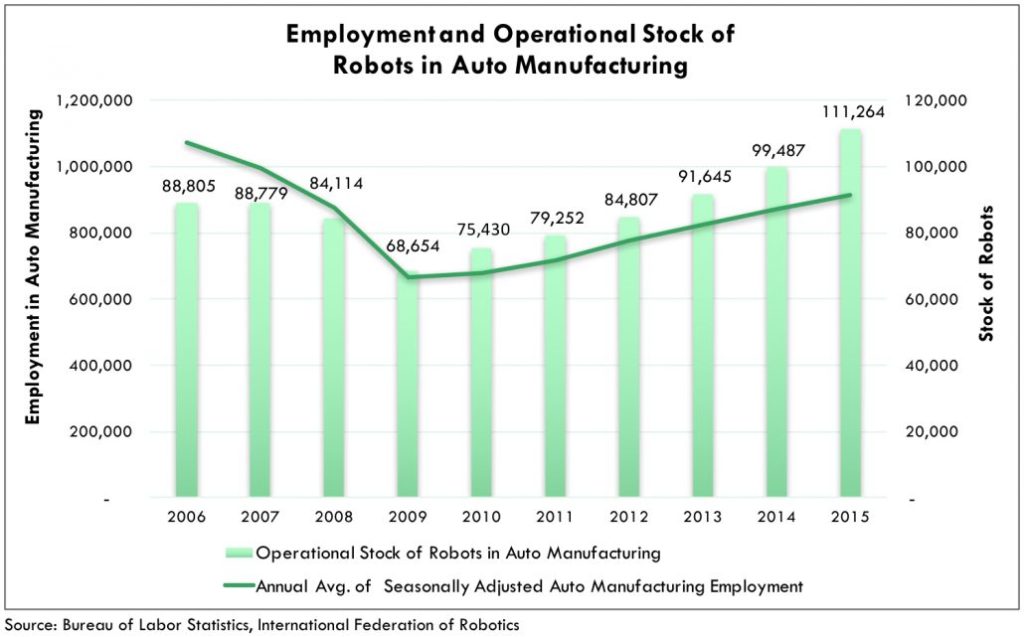 Collaborative robots are not displacing human labor, but are disrupting traditional caged-off industrial robots. With machine learning and connected sensors, low price robots of all sizes and capabilities should continue to empower humans. Over time, most robots will become collaborative, aiding humans and turbocharging productivity as the digital economy empowers the physical economy.