Bitcoin, and therefore blockchain, was born as a phoenix from the ashes of near Wall Street collapse. A month after Lehman Brothers filed for bankruptcy, an unknown entity by the name of Satoshi Nakamoto, released a white paper that would be core to the cryptocurrency and blockchain movement.

Contemporary artist, Simon Denny, brings Bitcoin’s founding history to life in the first room of his exhibit, Blockchain Future States, hosted in the Chelsea based Petzel Gallery. The room is rife with analogies, sporting a Poké Ball with a Moltres (phoenix), the Pokémon character Ash, short biographies of potential Satoshis, and a human sized box of a fictional NintendoDSTM Bitcoin game. The back of the game box is particularly interesting, as shown below. 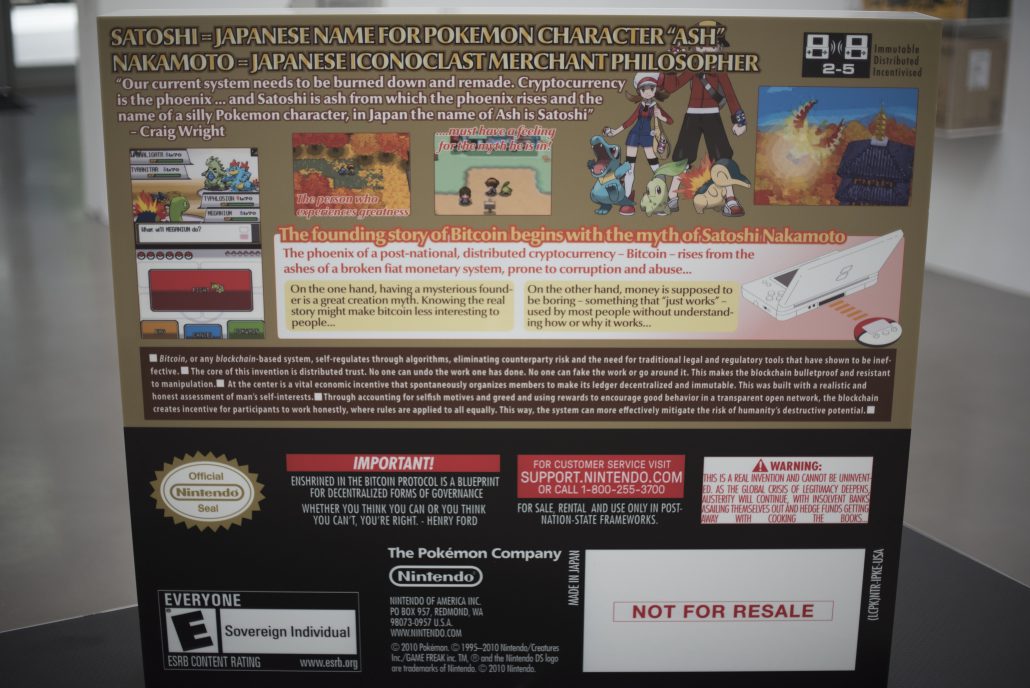 While seemingly unassuming, with a format along the lines of many other gaming boxes, when one takes a closer look at the text, Simon’s homework on the ideology behind Bitcoin becomes clear. The game is “Immutable, Distributed, Incentivized” for Sovereign Individuals, and warns that it’s “A REAL INVENTION AND CANNOT BE UNINVENTED.”

Wandering from this first room of Blockchain Future States, which is a tribute to Satoshi, one enters a much larger space where Simon’s greater focus on the future of blockchain materializes. He features three life size board games of Risk with a notable character beside each one: Blythe Masters, Balaji Srinivasan, and Vitalik Buterin.

Blythe is the CEO of Digital Asset Holdings, a firm focused on implementing blockchain technology within the existing financial landscape. Denny’s character portrayal shows Blythe standing beside a board depicting traditional nation-state geographies, a purely man-made construct with strong boundaries. Game pieces include corporate buildings and the façade of banks.

Another character portrayal of Balaji, the CEO of bitcoin company 21.co, stands beside an organic board composed of green fields and blue seas. The open nature of this board perhaps represents the 3rd web that Balaji is out to create: the machine payable web. The land lacks the rigid boundaries in Blythe’s game, and is conquered with game pieces like the 21.co bitcoin miner. 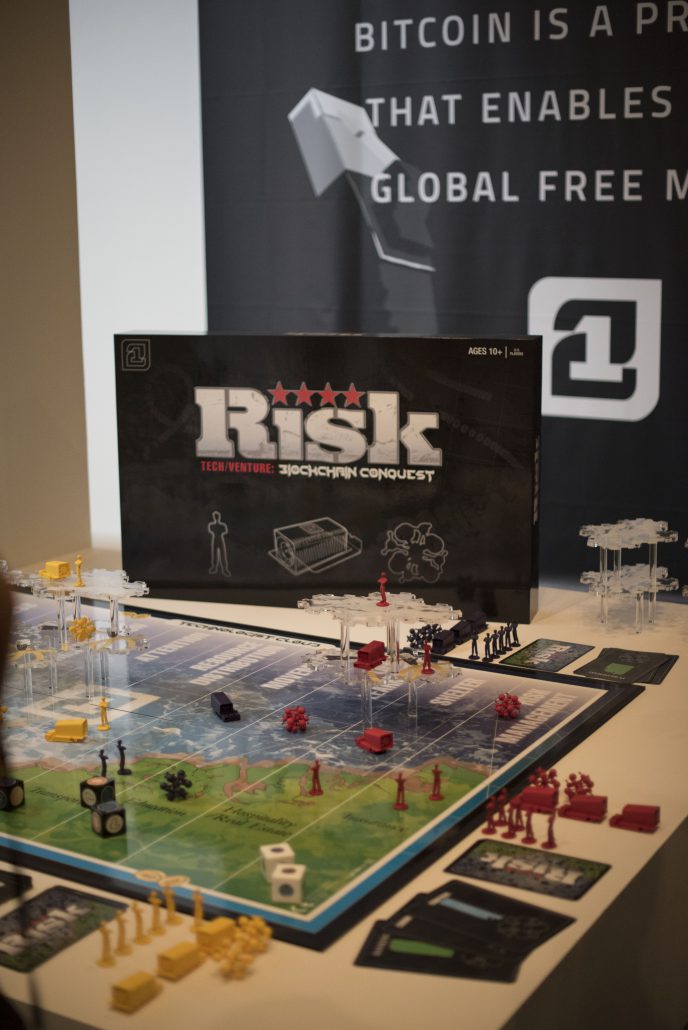 Lastly, a character portrayal of Vitalik, founder of Ethereum, is beside the most abstract game of Risk. His ethereal land is composed of no matter, but is instead organized by geometric connections. The board leaves one wondering how to navigate this land with game pieces that resemble Star Trek icons. A wall has been ripped out behind the game, beckoning only the brave to wander into the Ethereum Frontier, as shown below. 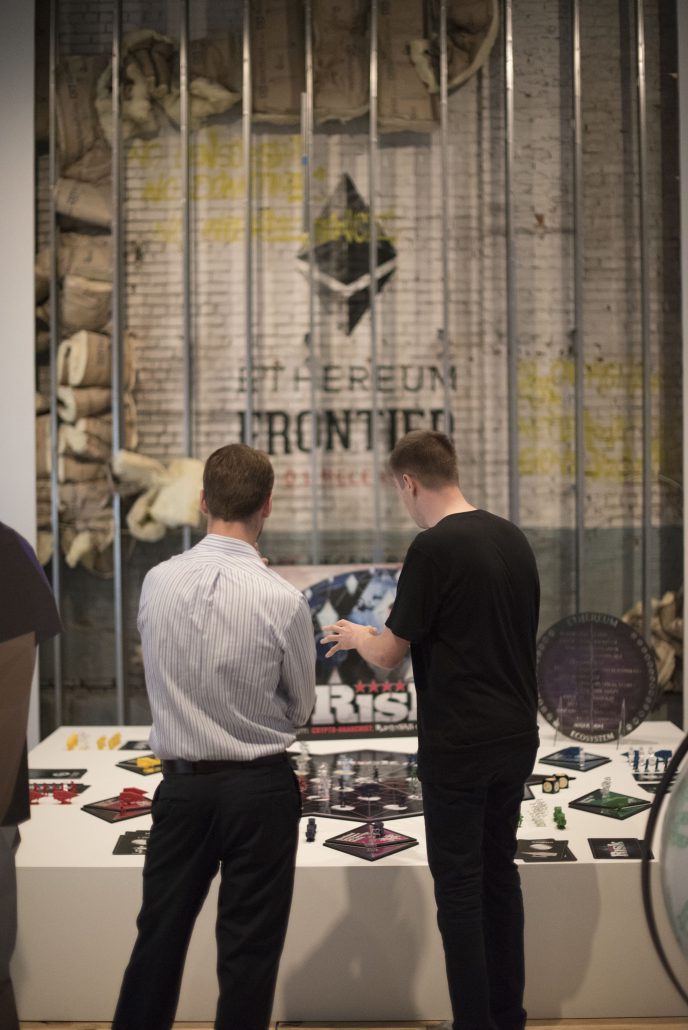 In my opinion, Simon’s ‘Blockchain Future States’ leaves the visitor thinking about the world of blockchain. Some will gravitate towards Blythe, others to Balaji, and the rest to Vitalik, depending on which land of Risk beckons them. What’s clear to me, however, is blockchain is blowing through the walls and gaining relevance.