Note: ARK has updated this blog from its original publication on 10/27/16 to include a revised forecast for economic impact.

Given the macroeconomic importance of auto production in the US, losing auto sales would seem to be terrible economic news. Not so. Yes, in the year that the consumer decides not to purchase a personal vehicle, the economic impact will be net-negative, but in each subsequent year that decision will generate an economic surplus. In total ARK’s research demonstrates that autonomous taxis could add roughly $2.3 trillion to annual economic output by 2035, as shown below. 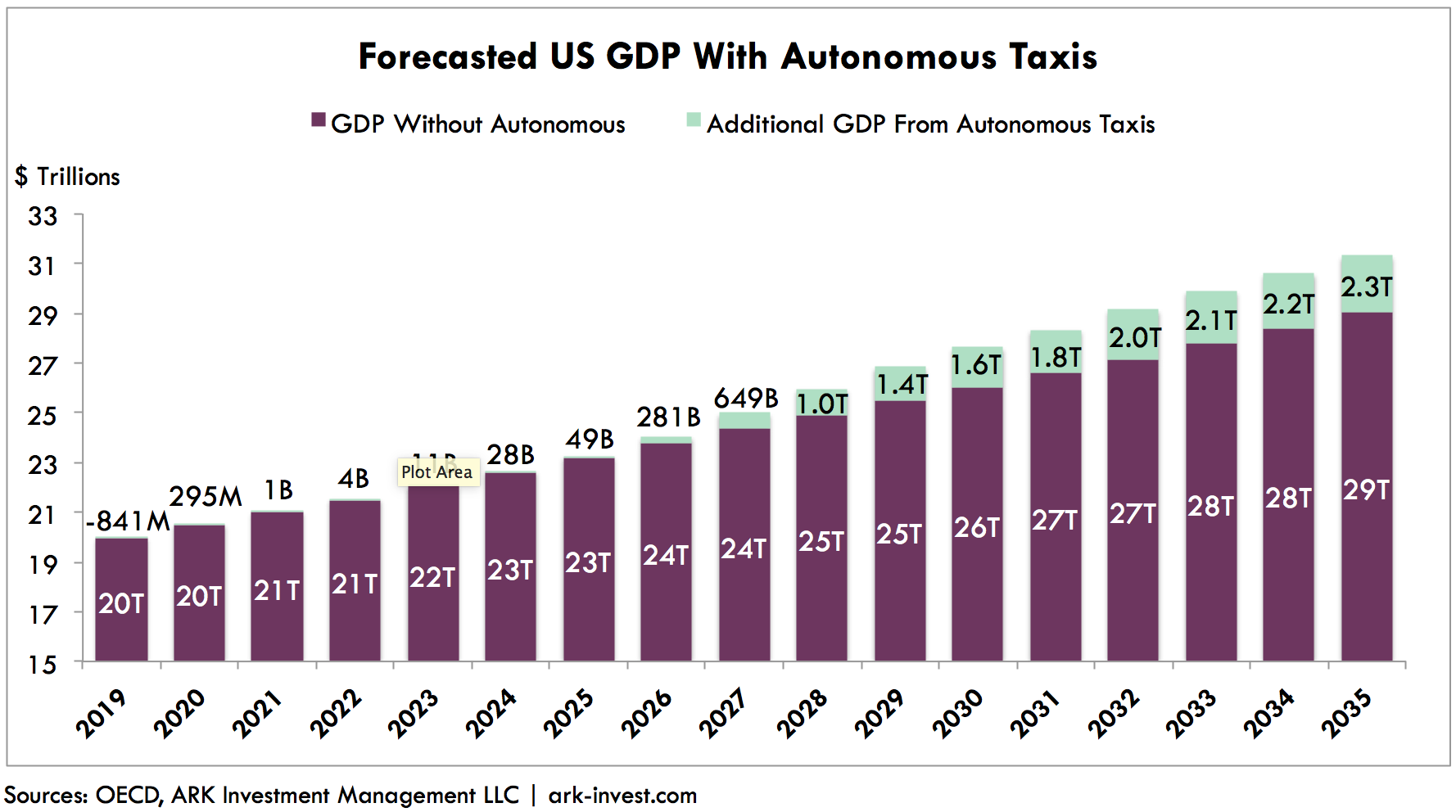 To illustrate this economic benefit, imagine a person decides not to buy a car and instead starts to use an autonomous taxi service from Google, Uber, or Tesla [TSLA]. In the first year, there will be a net economic loss from the forgone auto sale, as shown below.[1] 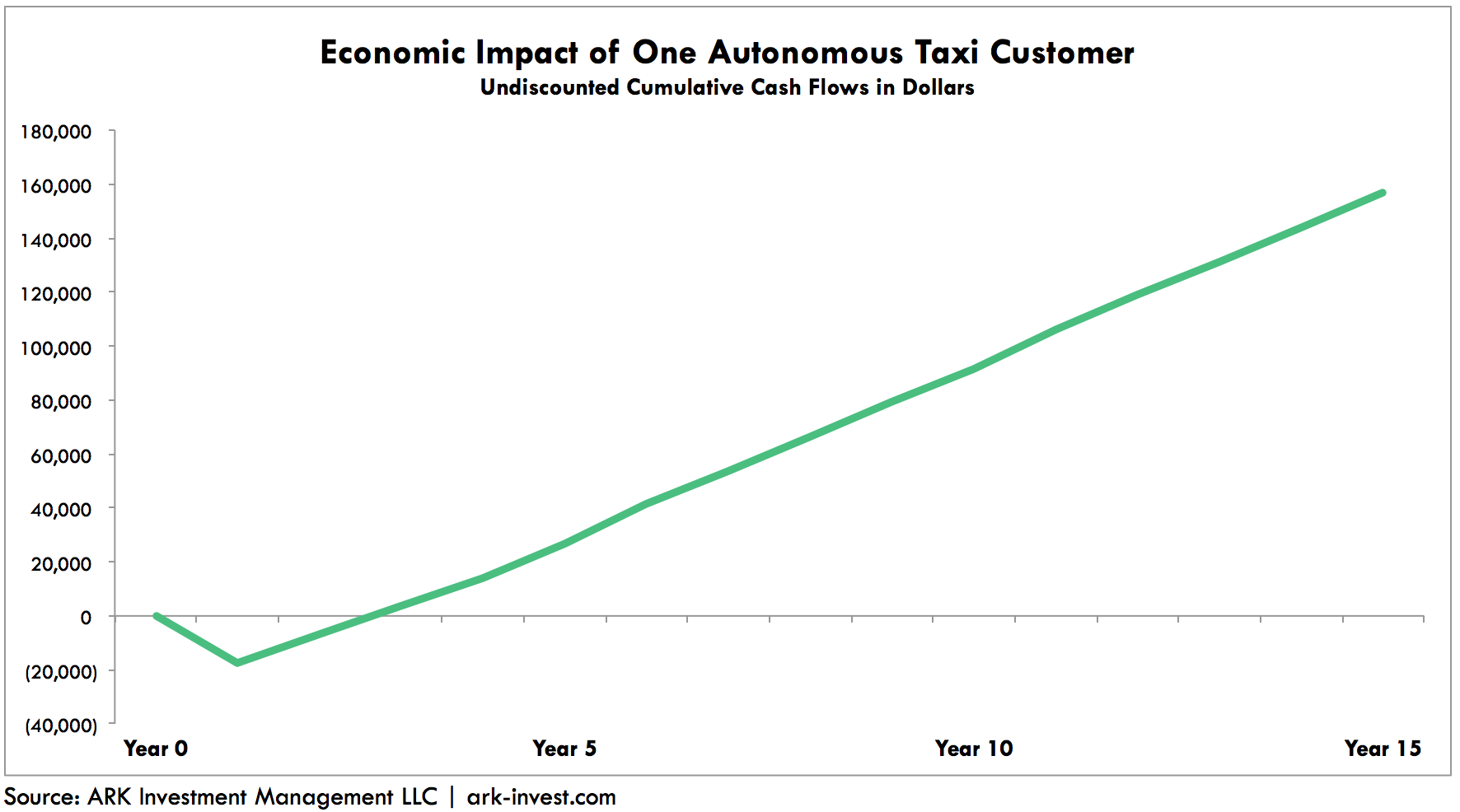 The lost car sale will be offset partially by the following factors, pushing the cumulative economic impact positive within 3 years: 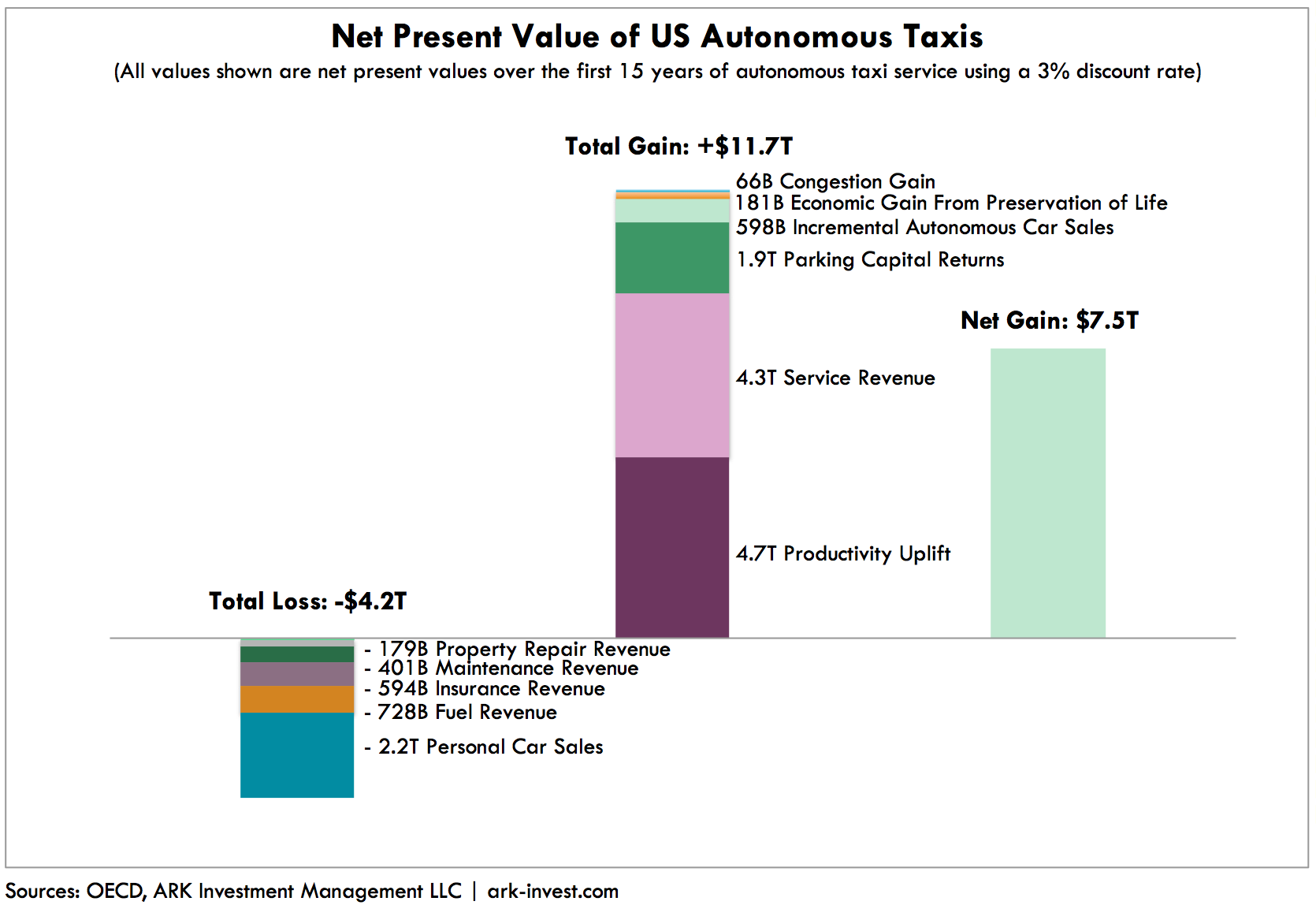 Consumers will likely benefit from a shift to autonomous taxis in other ways as well. Driving a personal car costs roughly 70 cents per mile today. According to ARK’s research, autonomous taxis could charge roughly half that cost, saving on average $4,700 per driver per year.[6] Moreover, while ordering an autonomous taxi on a mobile app and sitting in the backseat catching up on work or watching Netflix (NFLX), consumers should enjoy more convenience, productivity, and down time, not to mention safety.