Every advance in computing typically faces two issues critical to adoption—convenience and engagement. Before smartphones, for example, we used cellphones to text, call, and perhaps play brick-breaker. Today, smartphones are our primary computing devices, thanks in part to capabilities like multi-touch that are more convenient and interactive than on desktop computers.

The AR Opportunity
In their infancy, many consumer-facing AR experiences are native to smartphones. Use cases range from shopping to gaming. According to our research, the AR market totaled $1.2 billion at the end of 2021[1]—a drop in the $710 billion media market bucket.

During the past few years, companies like Snapchat, Facebook, and Apple have increased their investment in augmented reality, encouraging the proliferation of AR usage on mobile devices. In our view, the near-term use of AR will be native to eyewear. Lightweight, hands-free, and interactive, AR headsets are likely to build on smartphone advances. 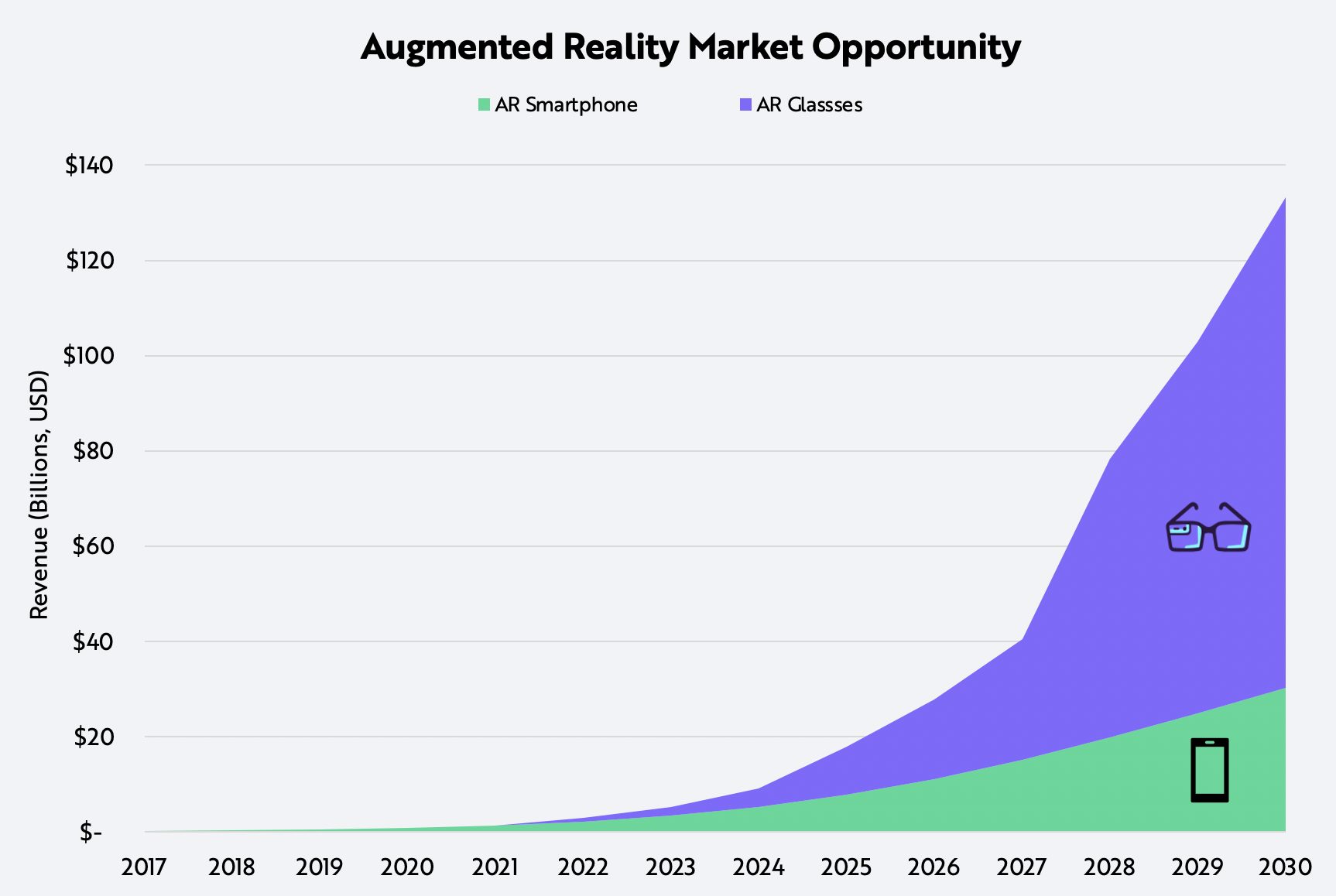 AR is likely to transform how we work, shop, play, and connect with the world around us. According to our research, the market capitalization associated with augmented reality could scale from $1 billion today to roughly $1 trillion[2] by 2030.