One of the chief concerns about Electric Vehicles (EVs) – battery degradation – seems to be misplaced: ARK’s research suggests that EV batteries will retain substantial value after reaching the end of their in-vehicle lives. Utilities are in constant demand for energy storage products. In fact, if electric utilities were to pay $15,000 per battery, the battery alone in a 10-year-old Tesla [TSLA] would retain more value than an entire vehicle powered by an internal combustion engine (ICE).

While few EVs have been around for more than a decade, as they mature and retire from the electric fleet, their battery packs may retain surprising value. While battery cells could degrade enough to impede a car’s performance over the span of ten years, the battery cells from a 10-year-old Tesla Model S 85 could be worth roughly $15,000 if sold to the utility, PJM.[1] In comparison, the Kelley Blue Book Value of a BMW 7 Series [BMW3.DE] and a Mercedes-Benz S-Class [DAI.DE], with the same number of miles, would be worth only 40 – 75% of just the battery’s value, as shown below. 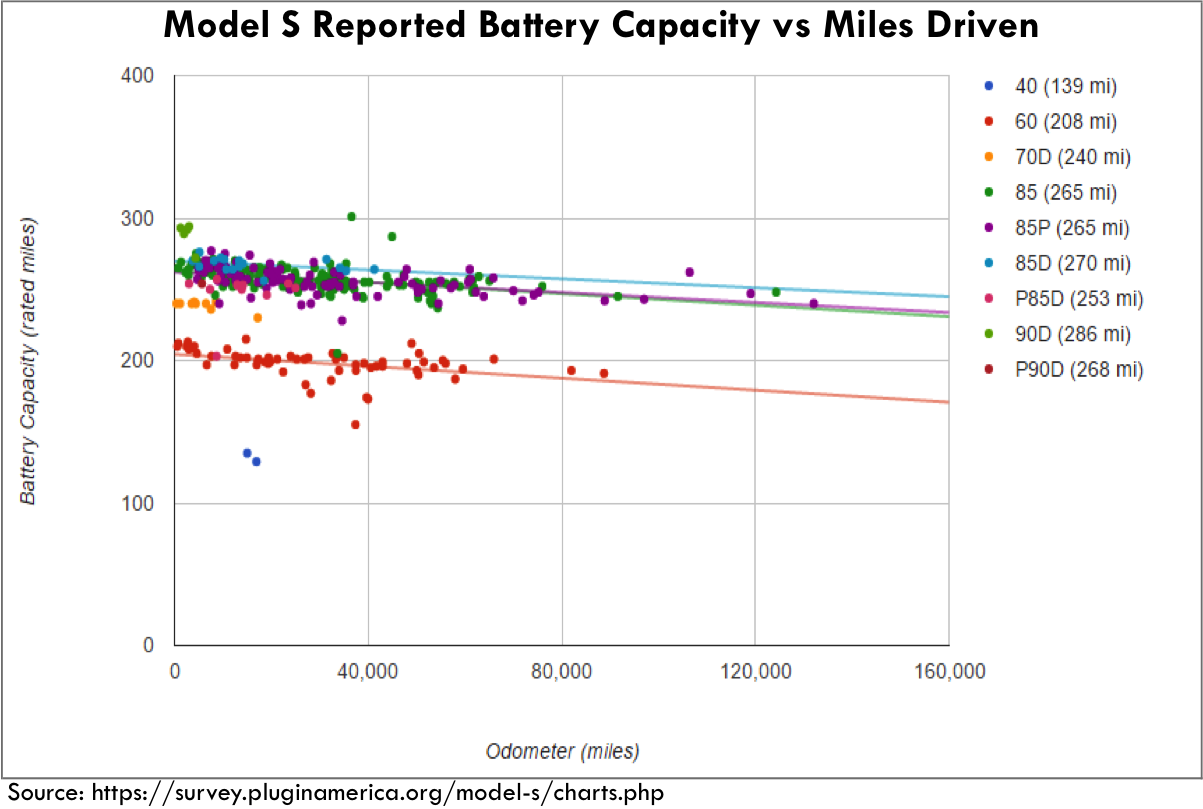 If a 85 kWh battery used in an EV for 10 years were configured to store enough energy to generate electricity for 2 hours, its capacity would be 42.5 kw. Given its capacity loss over time in an EV and continued degradation in a utility, the net present value of the used battery to a utility like PJM would be roughly $15,000, as shown below.[2] 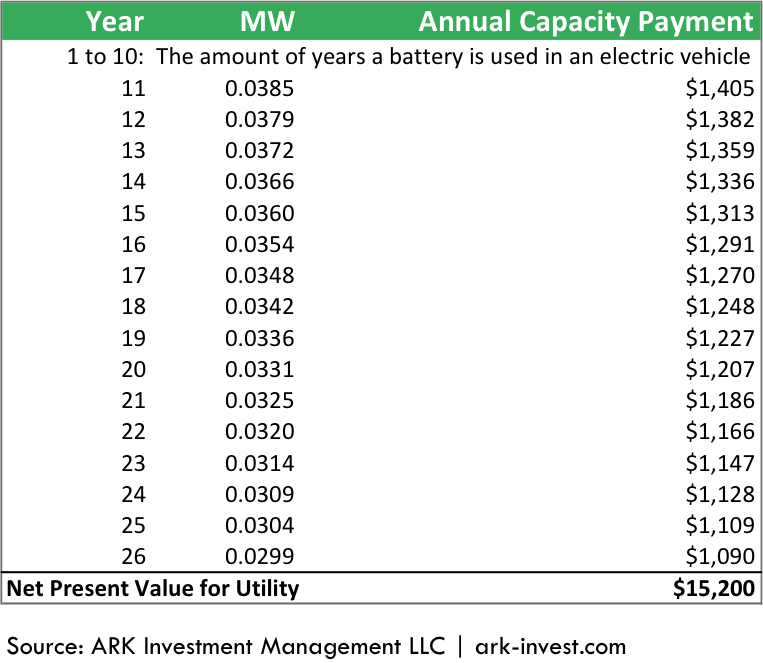