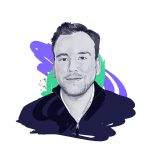 In 2018, Wells Fargo spent almost $1.6 billion on advertising and promotion, postage, stationery and supplies, or roughly $600 [1] per new checking account. Retail banks pay between $350 and $1500 to acquire new customers, or $925 on average, as prior ARK research has illustrated. In stark contrast, Square, the company behind one of the most popular Digital Wallets in the U.S., the Cash App, acquired new users for fewer than $20 in 2018.[2] 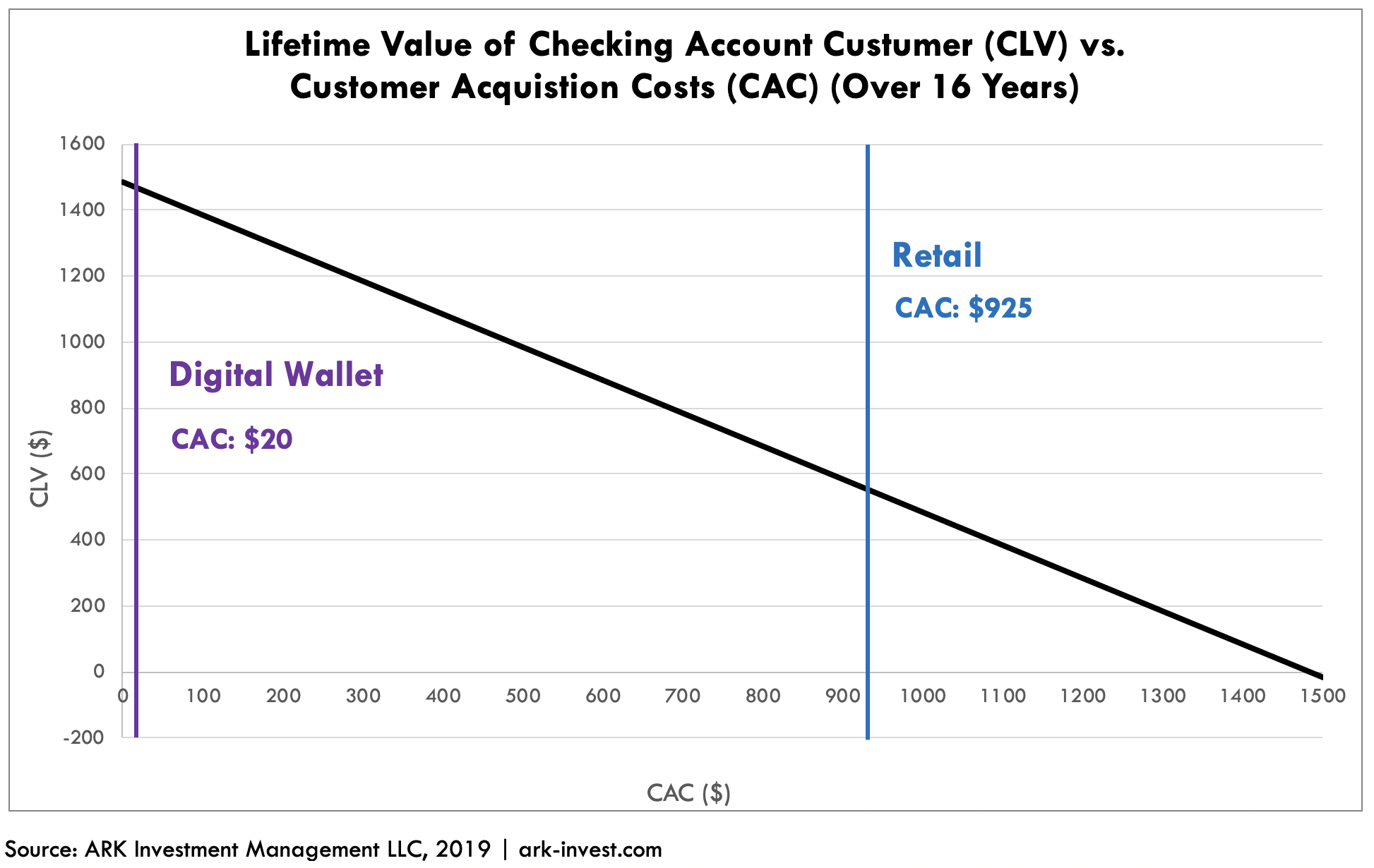 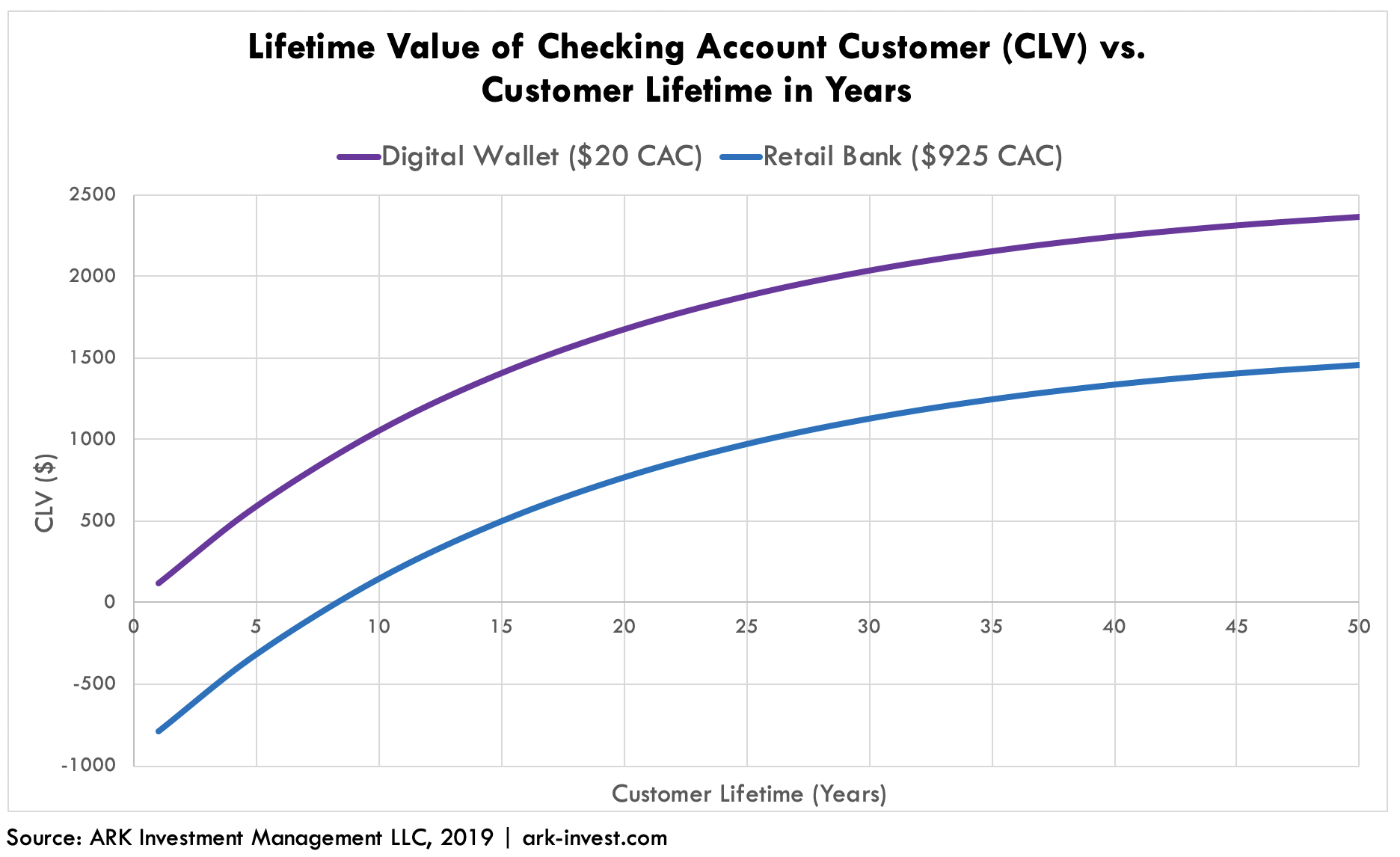 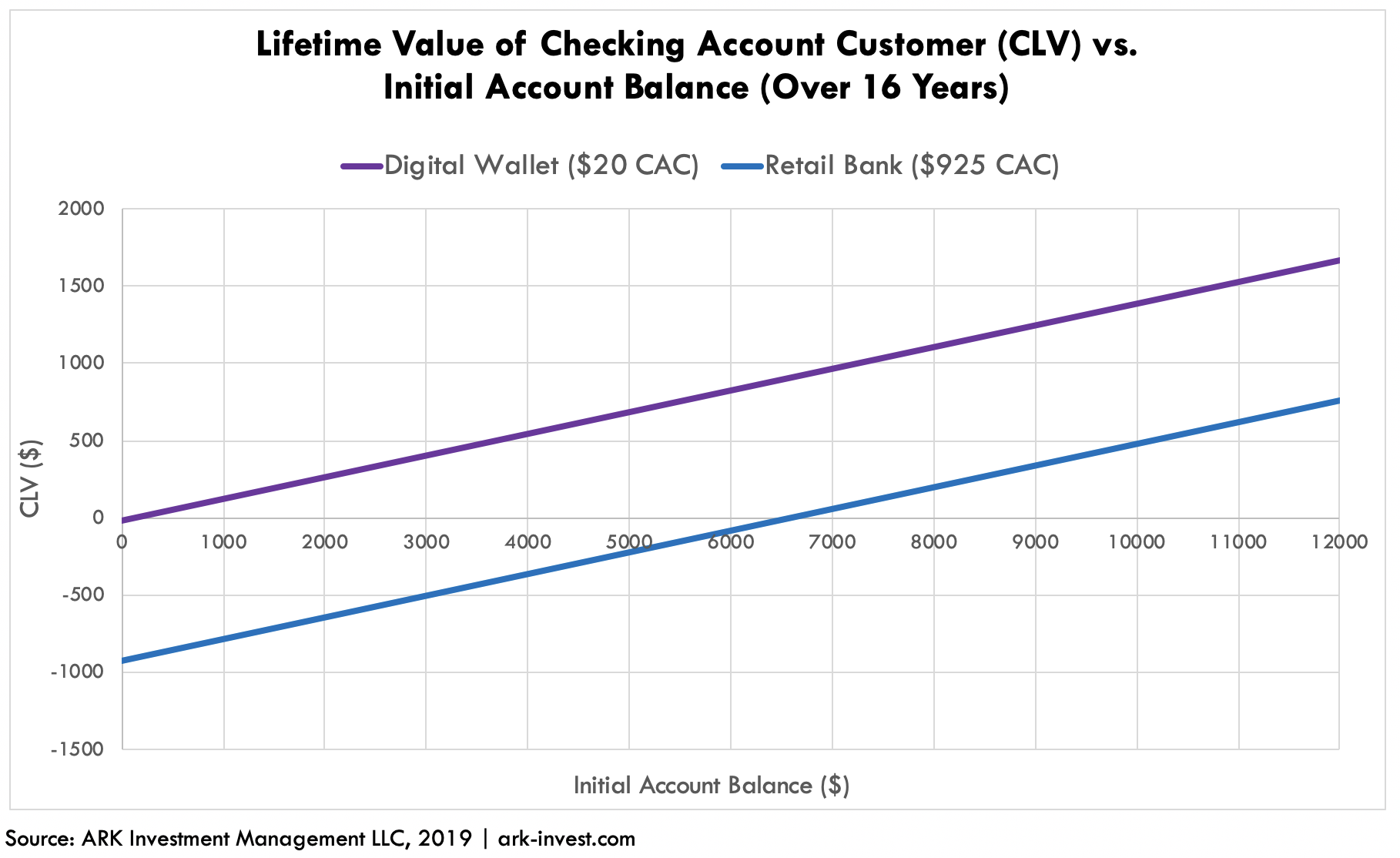