Investigating Bitcoin 4 | 5  A series of articles investigating the disruptive potential of bitcoin and evaluating it as a currency.

Technically, bitcoin could satisfy all three roles of money, as discussed in ARK Invest’s prior pieces in this series (bitcoin: A Means of Exchange, bitcoin: A Store of Value, bitcoin: A Unit of Account). Next come the questions of what would be the best use cases and how might the market for bitcoin scale. A few thought experiments follow.

Characterized by high fees and slow settlements, ARK Invest believes the remittances market for money sent to developing countries [1] is most ripe for disruption by bitcoin. The World Bank estimates that money transferred to developing countries totaled $436 billion in 2014. If its function were to serve only the remittances market, and bitcoin were to take 1% share with a velocity— the rate in which it turns over per year— equivalent to that of the USD (1.5), it would be worth $200 per bitcoin. At a 10% share, or the equivalent of all remittances sent to Mexico and Nigeria, it would be worth $2000, more than seven times its price of $280 on August 1, 2015. With transaction fees a third that of Western Union, if bitcoin were to take 100% of the remittance market, it would be worth more than seventy times its August 1, 2015 price.[2]

While bitcoin’s success within the remittances market would catalyze its role as a means of exchange, taking share from gold would do the same for its role as a store of value. Gold as a private investment, or serving as official sector holdings, makes up 36% of gold above ground, or just shy of $2.5 trillion.[3][4] Usurping only 1% of gold’s role, bitcoin would store $25 billion worth of value, more than six times its August 1, 2015 market cap. At 10% penetration of the gold market, bitcoin’s price would soar.

Just like fiat currency, bitcoin should be able to play more than one role at a time. If bitcoin took 10% of both the remittances market and the gold market, it would be worth $19,000 a coin. If alternative uses for the blockchain also gain traction, like securing settlements, real estate, digital media, and more, bitcoin’s price could rise further as its demand increases.[5]

Technocrats and libertarians in the US are not the only groups experimenting with bitcoin. As of August 1, 2015, it can be exchanged into twenty currencies worldwide, and underlies budding use cases on all continents, excluding Antarctica. If these use cases grow into mass adoption, bitcoin could transform transaction ecosystems, potentially providing much lower fees as well as security, transparency and ease of use. Credit cards and banks should be on guard if the need for many fiat currencies is called into question.

If bitcoin were to proliferate, the unbanked population, or 50% of the world’s population, would have access to a secure means of exchange, a store of value and a unit of account. Developing countries would need minimal banking infrastructure, much in the way that cell phones made telephone poles unnecessary.

As more people understand and appreciate bitcoin’s attributes as a currency, it has the potential to attain worldwide adoption. Much of what makes any form of payment “money” is trust that it is money. As with much of “consensus reality,” money is a useful shared illusion, an agreed upon version of reality. Once the illusion is shared, Bitcoin as a platform could disappear beneath a robust infrastructure of applications, as was the case with the complex payment platform supporting credit cards.

Bitcoin is a fascinating and compelling phenomenon, yet one whose existence is unsurprising. The creation of a software-based virtual currency seems an inevitable outcome of the tech oriented and open source world we inhabit. We are witnessing the birth of a bold and sweeping new payments paradigm, a virtual child of our rapidly changing global digital economy. Both centralized payment processors and the central banks are confronting it, debating how to regulate it, and wondering if they can sustain their dominance over it. 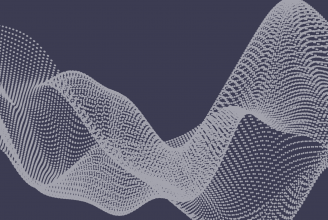