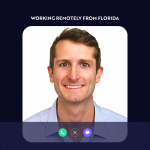 ARK believes the lending industry is undergoing a profound shift. Companies that have digital access to consumers as well as to proprietary data sources, and extend credit without leveraging their own balance sheets, are likely to enjoy significant competitive advantages over traditional lenders. Companies like LendingClub and Square are leading the shift to a digitized lending experience, making loans more accessible, transparent, and in most cases cheaper than traditional sources of financing. While the unsecured personal loan market already has gone through this shift, the credit card industry has just started.

The credit card industry seems to be at the threshold of a similar shift. Credit cards originally were designed to allow holders to pay for items without cash or checks. Unfortunately, they also often tripped card holders accidentally and/or easily into debt. ARK estimates that card holders paid $118 billion in interest on balances of ~$863 billion [1] in 2018, with 91% of the revenue accruing to the 10 publicly traded companies shown in the chart below.

These companies are taxing their borrowers like never before: interest rates have increased at a record pace during the past 10 years and interest payments are at all-time highs. Relative to long term Treasury rates, the average credit card rate has increased roughly 700 basis points since 2008, pushing the premium between credit card interest rates and Treasury rates from roughly 800 basis points to 1,500, as shown in the chart below. At the same time, interest rates in absolute terms have dropped to record lows.

Banks seemingly have compensated for the high and rising signup bonuses necessary to entice consumers with higher interest charges. During the rollout of Chase Sapphire Reserve in August 2016, JP Morgan offered signup bonuses of $1,500 for card holders who spent $3,000 during their first three months with the card. Sapphire Reserve became the most successful credit card launch ever: in the first two months, it attracted 470-706,000 users, and in so doing created a liability somewhere between $35 million and $53 million.

While banks are charging record high interest rate spreads to offset burgeoning customer acquisition costs, fintech companies do not need perks or inducements to attract new users. Earlier this year, for example, Apple launched its credit card without any inducements and attracted nearly triple the number of card holders in its first two months. The buzz that it created, as shown in this Google Trends chart, also generated three times the interest compared to the Sapphire card.

In our view, the Apple card was just the beginning of the deluge of credit cards and credit card alternatives that fintech companies will offer during the next few years. Fintech companies enjoy low customer acquisition costs and data advantages, enabling them to offer better rates than their banking peers. They also provide transparency, helping them earn the trust and loyalty of their users.

A number of fintech companies including LendingClub and Square have applied for banking charters which should reduce their cost of capital as they disintermediate middlemen and offer products directly to users. Given their structural advantages relative to banks, fintech companies could usurp half of the consumer debt now issued by banks, cutting their credit card interest fees from ~$118 billion in 2018 to ~$64 billion in 2028. Adding insult to injury, bank credit card interest rates could normalize from a 1500 basis point spread over Treasuries, perhaps cutting interest fees even further. 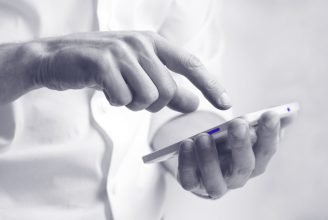