Over the past few years, investors have been concerned about the outlook for the Indian and Chinese economies. The agricultural sector, however, would suggest that productivity gains could contribute significantly to their health and wealth.

Technology and automation has powered efficiencies in the agricultural sector for centuries. The cotton gin, the plow, and the tractor are early examples. From 90% of the US workforce in 1790, the percentage in the field dropped to roughly 50% in 1890 and is now less than 2%. Yet, the US farm production breaks records every year. [1]

Despite the decrease in agricultural employment in the US, yields have increased dramatically. In 1880, the average corn yield per acre was just 27.3 bushels per acre, as shown below. [2] Today, with just 1.6% employment in agriculture, US yields average 158.8 bushels, nearly a six-fold increase in 134 years. 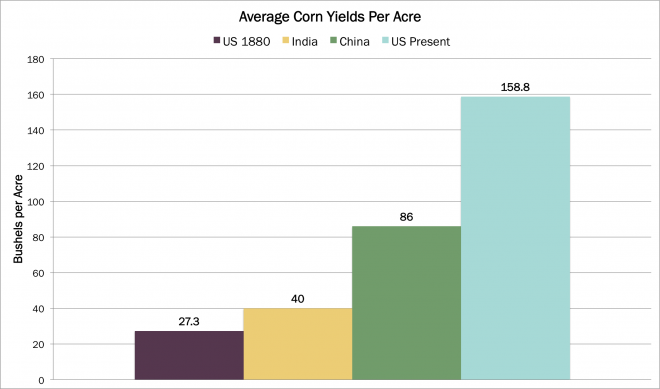 Despite widely available technology and process improvements, Indian and Chinese agricultural yields lag significantly behind the US. The reason is structural. As is illustrated below, agricultural employment still represents 35% of the total in China, and 47% in India, [3] not far from where the US was in 1890. Consequently, their corn yields are roughly half and a quarter, respectively, of the US figure. [4] 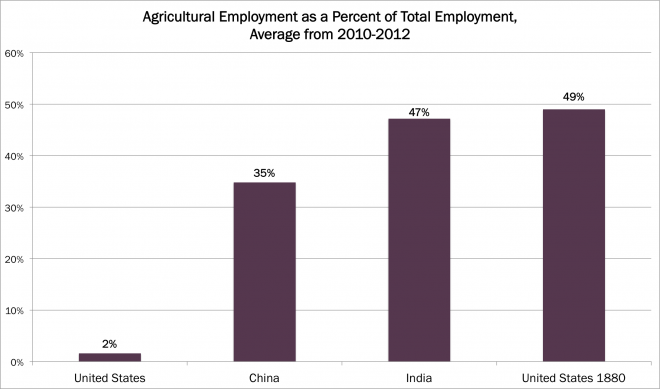 Clearly, agricultural productivity is substantially lower in China and India than it is in the US. In 2010, the value-added per farmer in China was just $812 and in India, $769, while that in the US was $68,000, as shown below. [5] In all three countries, farm productivity was well below that of the non-farm sector. While US farm productivity was roughly half that of non-farm, in China and India it barely registered relative to the non-farm sector. 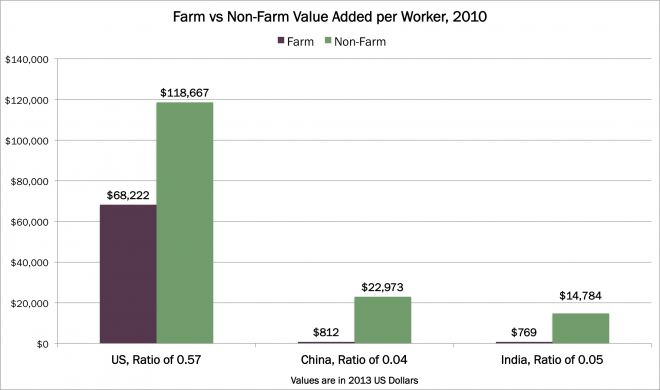 Clearly, the potential for large-scale productivity gains and wealth creation in the agricultural sector is enormous with increased automation, and not just in China and India. According to the World Bank, more than one billion people are employed in agriculture globally, roughly a third of the global workforce. [6] The companies enabling this shift include Deere & Company [DE], Monsanto [MON], and Trimble [TRMB] could enjoy dramatic growth as they do. 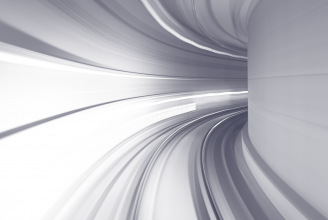